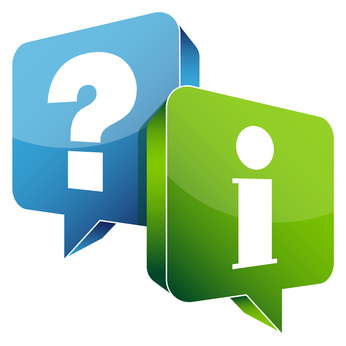 I don’t know how Facebook picks top commenters, but we’ve got some good ones weighing in on Sheila Regan’s column this week. What’s the problem: higher-income people paying higher rents and pushing out poorer people? Or a whole structure that includes too-low wages, decisions about housing density, and transportation? And what’s the place of the arts and artists and placemaking? Take a look at John Harrington and Robyn Hendrix and Janne Kimberly Flisrand’s comments below — or go to the original column and Reporter’s Notebook to read all of the comments and join in the discussions.

No, Ms. Regan, you’re not the problem. The problem is bigger than you, bigger than Whittier, bigger than Minneapolis….Is the picture becoming more clear? To get a better idea of how big the problem is in the Twin Cities, check the statistics at the link below (scroll down to see how many service jobs pay enough for a 2 bedroom economy). Please remember that economists keep explaining to us that we are now “living” in a service economy: http://www.mhponline.org/publications/reports-and-research/housing-trend…

I agree with your assessment that it’s grossly unfair. But I would respectfully suggest that the unfair part has to do with wages and our consumerist desire for cheap thrills as much as, and maybe more than, the unfairness of raising rents to cover the cost of increased capital investment. Just as with single family ownership, an apartment owner probably has to pay a mortgage. Is the city going to give the owner a pass on increased property taxes despite the increase in property values associated with reinvestment? It seems to me that, in a capitalist system, the gossest unfairness is our refusal to be sure that all jobs pay a living wage. The Minnesota legislature just failed to pass an increase in the state’s minimum wage. They did, however, provide multimillions for affordable housing development and preservation. Have you thought about the linkage between these two pieces of legislation? Even with the additional funding, Minnesota and the rest of the country are falling further and further behind in meeting Congress’s 1949 goal (please note the date) that every U.S. family is entitled to a decent home and suitable living environment. Now that I think about it, the word affordable wasn’t included then either.

Thanks for bringing this up. It’s a sticky issue that’s been on my mind too. Not only is it a dialogue that a lot of people within the art community are (or should be) talking about (especially those involved in placemaking via ArtPlace or other initiatives), but even just personally, I have been living near 38th & Chicago where there have been a lot of efforts to revitalize, and my rent went up last fall so I have to move. Now I’m downgrading to a slightly smaller studio apartment in the Grand Ave area in St. Paul. Which seems kind of ironic and weird to me, since that area is perceived to have less crime, more amenities, and less diversity than South Minneapolis. Yet it is now more affordable. I am curious to find out whether it is really as homogenous as I imagine it to be.

And then I think about some of the great stories I‘ve heard recently, such as youth who have dealt with homelessness interning at Full Cycle who then got to be trained in welding through an Arts on Chicago placemaking project, and now have this great marketable skill AND they in turn helped CAFAC ask local neighborhood funders for support for summer classes to teach more youth. How do you connect the dots from something like that straight to gentrification?

I feel like many or most of our local placemaking efforts are doing a good job of keeping their projects very tied to and driven by the local community, but that doesn’t stop more well-off people from wanting to be a part of that community too. Agree with Jay’s point that a diverse economic mix is good for everyone. Maybe, hopefully, ideally, the people moving in want the other people who are in that neighborhood to stay, the ones who made that awesome mural at the corner store happen, or who started that open mic event at the community garden. If I had enough money to have a condo at Murals on Lyndale, I wouldn’t want to be in a neighborhood of only condos, would I? But how do you get the developers to develop just to a certain point, and then stop? Or to leave room for affordable housing? Does a neighborhood becoming artsy and trendy always have to trigger a floodgate opening with an unstoppable stream of gentrification? How can we turn off the faucet at the right time, and who gets to decide what the right time is?

Still haven’t quite figured out how I feel about all of it, and definitely haven’t stumbled upon a solution. Here’s another relevant article I read recently: http://createquity.com/2013/04/artists-and-gentrification-sticky-myths-slippery-realities.html.

I’ve also been thinking about how community arts projects can benefit local residents even if they eventually do get displaced. They’ve been through a creative process that helped connect them to neighbors and build a stronger community identity, which might empower them to do initiate that again for themselves when they move somewhere else? Maybe? Hmmm! Good grief this comment turned ridiculously long.

One critical item that hasn’t come up here is the role of supply and demand. When there is a neighborhood — like Whittier and most of Minneapolis — that has demand higher than supply, rents go up. Right now, there is HUGE demand for rental housing throughout the city, and rents are doing just what you’d expect. (Rents also go up due to inflation, of course.)

One way to keep rents down is to increase supply. That also means increasing density — and building more apartments in neighborhoods where people want to live. Many Minneapolis neighborhoods are afraid of density, which means that as demand ALWAYS exceeds supply and rents just go up and up and up. It doesn’t much matter what the rents are on the new ones, as the supply is all the existing PLUS all the new, so if the new ones are luxury, that’ll still address the supply question.

In my opinion, the only way we’ll get the rental housing densities that we need to keep rents down (or at least tamed) is if renters start showing up at neighborhood meetings welcoming new apartment buildings at higher densities, luxury or affordable. If renters don’t show up in large numbers, the homeowners who have opposed density will continue to get their way, artificially limiting the supply of apartments (and condos) in the City and forcing up their own property values and rents.