When I used to drive a truck in America instead of doing army duty in Afghanistan–where I currently find myself–I would just about live on boiled peanuts as soon as my truck crossed into the area considered the “Deep South.” In Dixieland, boiled peanuts are sold at roadside stands, farmers markets, mom and pop convenience stores, and even major chains like Kangaroo and Cheetah.

(Um, we don’t have those “major chains” up north) 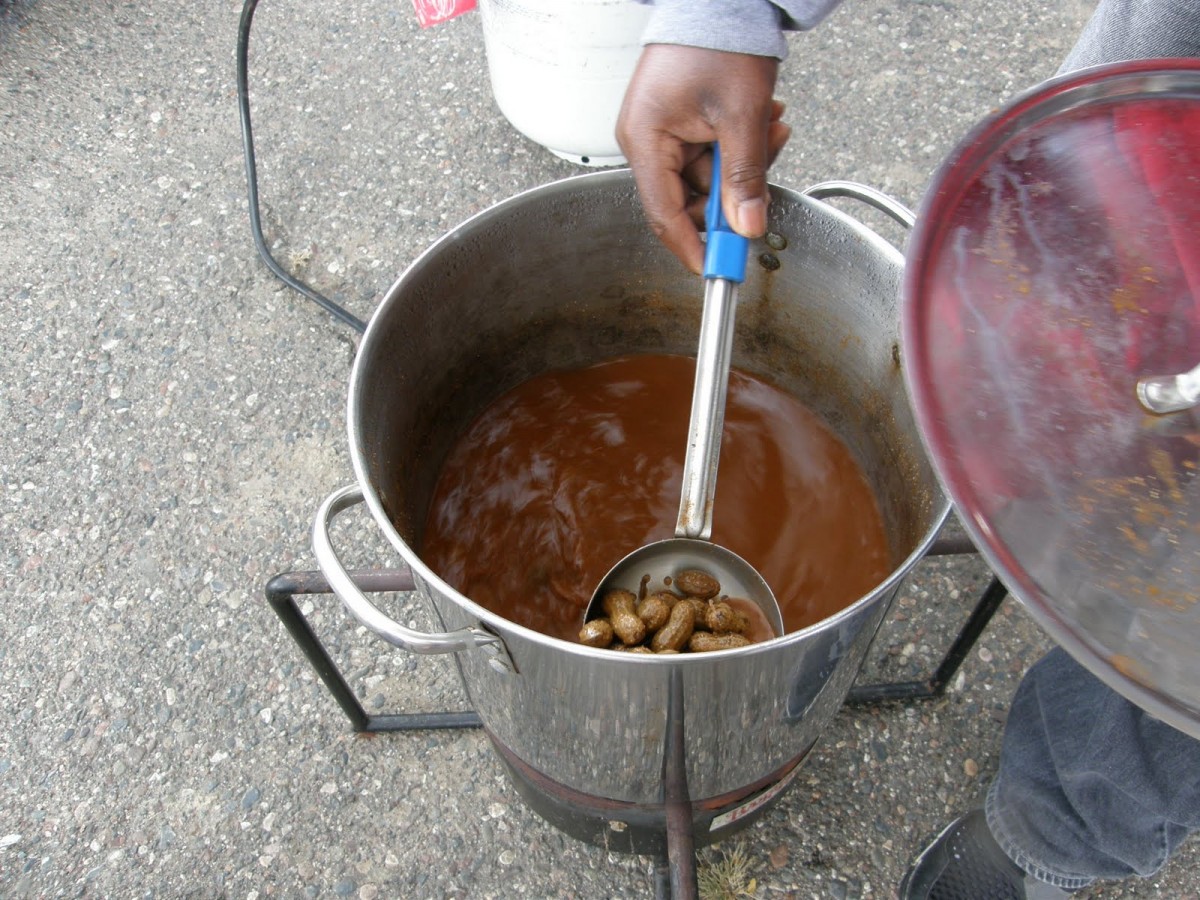 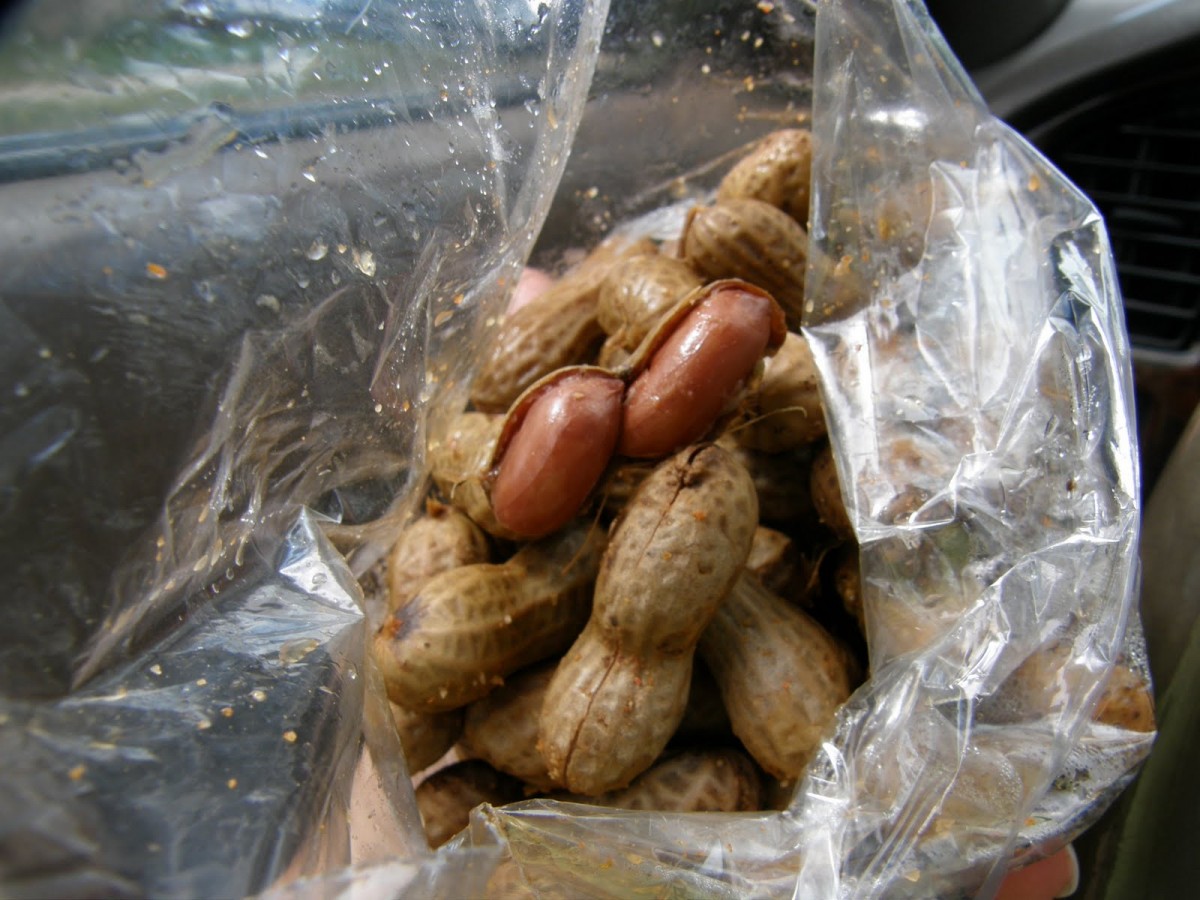 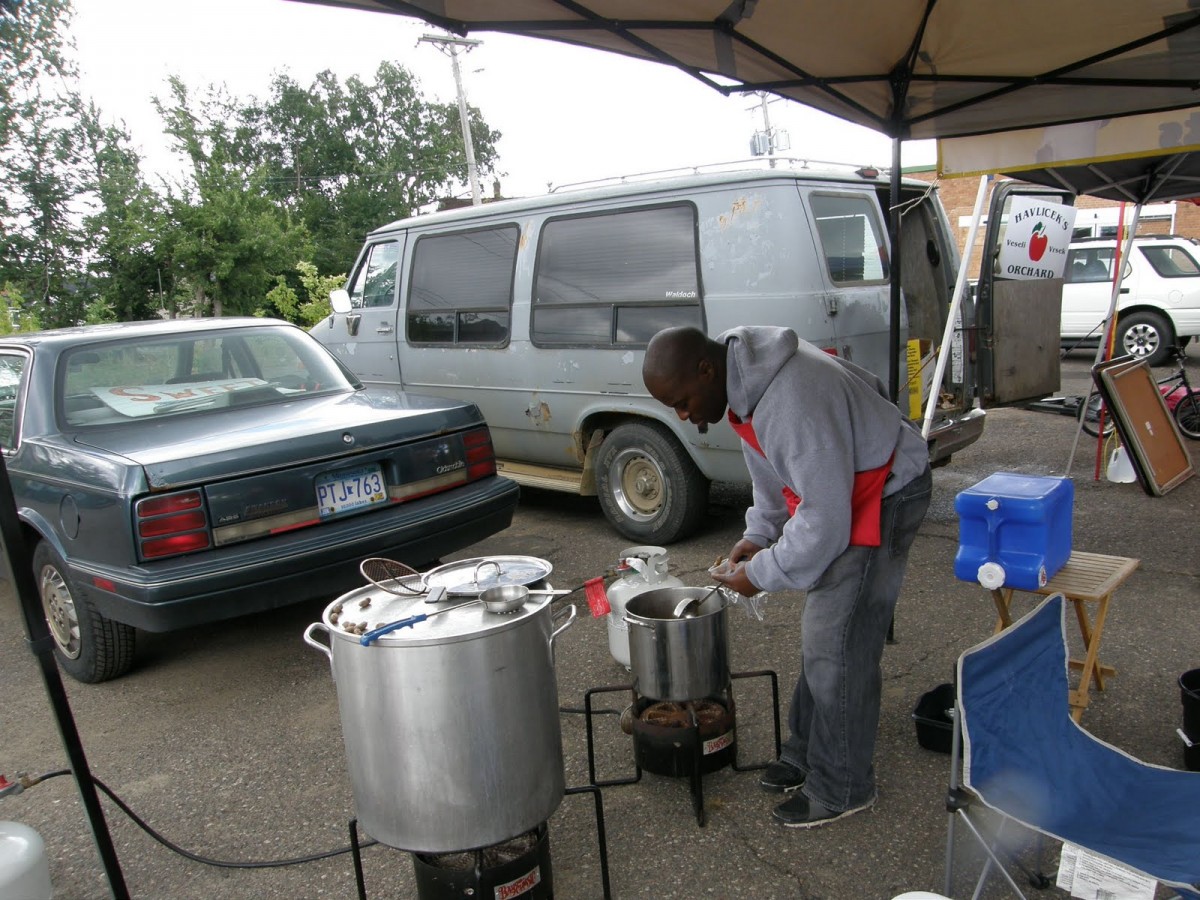 Once upon a time, this is the way MOST peanuts were consumed: boiled while they were green, then eaten out of the wet, leathery shell.

If you’ve never had boiled peanuts, obviously you’re wondering, “What do they taste like?”

Well, the closest way I can describe it would be “peanut flavored mashed potatoes,” in both taste and texture. They’ve very yummy. Even my son Alex, whose picky eating habits are legendary, tried a boiled peanut when he visited me during my R&R leave in on the Gulf Coast, and said boiled peanuts “tasted good.”

Judging by the photos forwarded by Megan Goodmundson, the boiled peanuts at the West Broadway Farmers Market are being served hot. But some folks also serve the peanuts chilled, and they are good that way, too. One thing I’ve noticed is that the top of the container of peanuts is quite different than the bottom, because the peanuts come out very hot but don’t seem to hold their heat long. For this reason, I usually buy a small container rather than a large container, even though the larger container is usually a better deal.

Here’s to entrepreneur Tootie Martin, who is bringing North Minneapolis a taste of Dixieland.