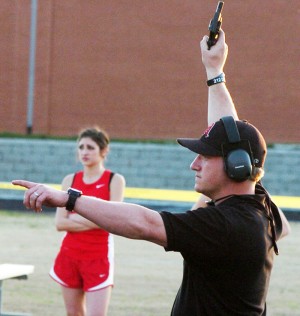 If Cornish–who loves the limelight–spoke out about Big Ten coaching salaries before, we haven’t found it.

He certainly had the microphone, but ended up voting for a deal that increased the state’s share of the cost of the stadium over what the U requested. MPR’s votetracker has the deets (Cornish’s yes vote) in University of Minnesota Gophers football stadium.

He did however, vote for background checks for K-12 coaches, so we can at least rest assured if the coaches are packing, they’ll have gone through some sort of scrutiny before they lock and load. However, if the local psycho needs to get a gun, Representative Tony Cornish certainly isn’t going to stand in the way by supporting a gun-rights hating measure like closing the loophole at gun shows that allows buyers to dodge background checks at gun shows. Silly rabbits: background checks are for coaches.

No more gun regulation–let’s hire officers at every school, or so Cornish would have you think. However, he hasn’t always seen the need for officers in Blue Earth County schools. He mentions the case of Mankato Public Schools–and it’s worth looking at how Cornish’s revenue and funding priorities affected the very program he cites.

. . .At one point several years ago, Mankato had four liaison officers working in the city’s schools. That was cut to one officer per high school, then later cut to one officer for the entire district in 2009 because of cuts to Local Government Aid. Rother’s current position is paid for by the school district.

Since being cut to one officer, the school district has been looking at ways to hire another officer through grants or other funding sources, said Sheri Blasing, West High School assistant principal. They have not been successful. . . .

. . . When Rother is at East High School or responding to problems at another school, Blasing or other West employees have to call on regular patrol officers to handle police situations. . . .

Who proposed and who supported those 2009 LGA cuts? In a press release still posted on his official website, Cornish applauded Governor Pawlenty’s proposed budget–in which Local Government Aid took a huge hit–and totally got on board when interviewed by the Albert Lea Tribune for Dist. 24B Rep. Tony Cornish ready to work on good policy even though he saw the effect that LGA cuts might have on local police:

Some of these cuts will affect Cornish’s role as chief of police, because local government aid will be cut by as much as 25 percent, and Cornish said he may be forced to cut programs or an officer.

Cornish has supported cutting local government aid as cinsistently as he has trying to grab the limelight–or opposed any sort of common sense changes to gun regulations. Now he’s advocating for putting the officers in school buildings that his own votes cut, but his mandate isn’t going to be backed by any funding.

Nope: that’s to squeezed out of coaching salaries, from an activity that boosts kids’ sense of achievement and gives them something healthy to do–and promotes a sense of community in small towns (ask people here in Hutchinson how we feel about our football team or girls’ basketball program).

Bluestem doesn’t favor banning all guns–or changing the carry permit law back to “may issue” since carry permits require education and background checks on the part of the holder.

That being said, Cornish’s refusal to see anything other than more guns in the schools–and doing so by robbing funds from an activity that genuinely helps children channel their aggression in healthy ways–seems calculated more toward getting attention on himself.

There’s a complicated discussion to be had about what can be done to make schools safer. Like Cornish’s bluster about Israeli school security, the cheap shot at K-12 coaches misses the mark.

Photos: Tony Cornish (below) will sacrifice K12 coaches and their starter pistols (above) now to pay for police officers since someone coaching at the U makes seven figures….after cutting the LGA that once paid for officers in the schools. He does love this armed but unfunded mandate for realsies.