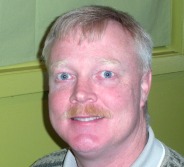 Tom Thompson brings over 28 years of police experience to his new role as the Crime Prevention Specialist (CPS) for the 2nd Precinct, Sector 2; replacing Carol Oosterhuis this past fall.

What is a Crime Prevention Specialist?

“It’s a very broad description.”  Thompson said. “I look at it as a resource, a liaison between the community and the police department.”

A CPS assists the community by empowering community members, to reduce crime and the fear of crime. The police department brings resources to assist the neighborhood.

He wants citizens and the community to engage him in anything related to crime. He believes in being proactive before there is a problem.

Thompson will soon be establishing crime and safety committees in the neighborhoods to meet and discuss issues with community members.

Members will get the chance to get to know each other and to engage in conversation, which can cover anything from networking to resources for your community.

“Hopefully we never talk about crime,” he said. But then the conversation may turn to what things we are doing right so that crime never becomes a big issue.

According to Thompson the block clubs that flourish in neighborhoods are centered on a non-criminal event. He encourages neighbors to get out and meet each other, whether it is just an informal walking group or an organized block party.

“Blocks that look like they care about their block are crime free,” he said.

Residents with questions about city resources should always use the city’s 311 number for answers but if you see suspicious activity, or know about bad rental activity, contact Thompson right away so he can look into it.

Citizens can contact Thompson at 612-673-2874 or by email at thomas.thompson@ci.minneapolis.mn.us