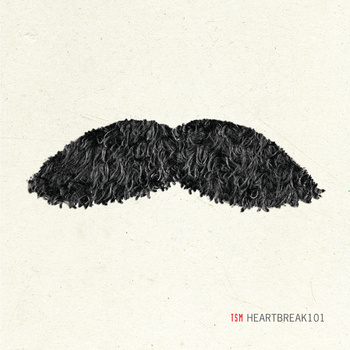 Drummer Mike Hinton—who anchors everything, pushing a “ramped up in the mix” beat—is, in a word, uninventive, turning in a serviceable job of rudimentary playing that barely holds interest let alone excites. Darren Jackson shares keyboard credits with lead vocalist Mischa Suemnig, shares guitar credits with him, and does most of the songwriting with him. Other vocalists include Besty Ulmer, Hannah Miller, Neilson Hubbard, and Jonathan Earl.

Darren Jackson and Mischa Sueming, the pair at the heart of the project, print in the self-congratulatory liner notes, “The great divide…A divine idea..Transformation…A perfect pair.” And a great deal of work went into the technical side things. It’s produced by Jackson and Mischa, co-produced by Neilson Hubbard. Recorded at Pluto for Planet Studio in Minneapolis and in Bison, South Dakota as well Mr. Lemons Studio all the way in Nashville. Mixed and edited in Minneapolis by Eric Olsen at Noware and Lance Conrad at Humans Win! respectively. Accordingly the sound is state of the art—crisp, clean, nice and clear. Okay, so, it’s a slick product. None of which improves at all on the vacuous material or makes this recording in the least viable to music listeners interested in doing anything more than mindlessly nodding along to the beat, while chewing and blowing up a big wad of bubble-gum.

Correction: When first published, this post identified Mischa Suemnig as a woman—in fact, he is a man—and speculated, incorrectly, that Darren Jackson performs lead vocals. In fact, Suemnig performs lead vocals for Tom Selleck’s Moustache. These errors have been corrected.