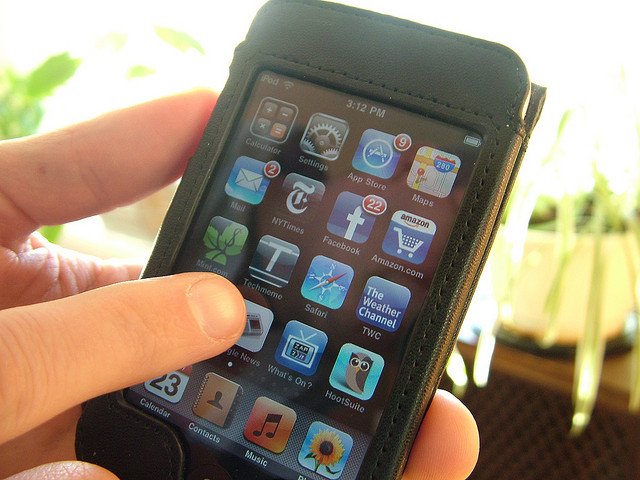 Tied to our electronic devices, most of us do a lot of scrolling these days: scanning our Facebook newsfeeds and tweets, skimming favorite blogs and online news sources. The result, says Nicholas Carr (“Is Google Making Us Stupid?” and The Shallows: What the Internet Is Doing to Our Brains), is that we’re losing our capacity to concentrate, contemplate, reflect, even as what we’re reading is often purposely kept shorter in response to our shortened attention spans. All of this has consequences for the quality, depth, and tone of the discourse that we can engage in about important matters.

Andrew Keen, who has a tendency in The Cult of the Amateur to overstate his case, rightly contends that what we need more of is information and reporting that is vetted and edited by professional journalists, which as a result, has the potential to inform readers. What I would add is that for this to matter requires readers who are hungry for credible information, willing to take the time to read thoughtful, informed writers, and then to process, listen, and reflect, not simply “like” and share, or even worse poison reader’s comments sections of online newspapers with their bigotry or by circulating proven myths and lies to their unsuspecting and receptive audiences on social media.

When I was a Hamline undergraduate, it was common for literature professors to assign one meaty novel per week, or 14 per semester, and professors of history or sociology to assign a good eight or 10. The quantity of reading increased exponentially in graduate seminars. Reading and the writing and discussions that accompanied it were essential to the development of critical thinking skills. However, by the time I was teaching undergrads, during my grad school years at the University of Maryland, it was clear that attention spans were shrinking. I was warned not to assign books, or at most to stick to one or two. Better, I was advised, to assign course packets, which became skinnier and skinnier each semester. This, at a time, when newspapers–both print and online–were publishing shorter articles.

This diminishment of attention has implications for the Internet as a platform and tool for civic engagement. In grad school, where I studied media and culture, a good deal of attention was devoted to speculation about the capacity of new decentralized tools to engage more people, more voices, in conversations about important issues of the day. There were writers, like Howard Rheingold, who viewed the Internet in utopic terms, and others, including Sherry Turkle, who approached it more skeptically.

Jump ahead a few years and you’ll find Andrew Keen polemicizing about the downsides of the Internet as a democratic platform, where presumably everyone has a voice. “This infinite desire for personal attention,” he writes, “is driving the hottest part of the new Internet economy,” social networking sites. Everyone has the capacity and easy access to multiple platforms now to shine a spotlight on themselves and talk at others, a decidedly much larger audience than ever before. But is anyone truly listening if our main motivation is to draw attention to oneself? And if we are listening, are we likely to act upon what we’ve learned, or just keep scrolling, scrolling?

The seamiest side of life online is precisely that aspect of the Internet that in the late 1990s, early 2000s, held out the most hope, that it would give voice to the voiceless (i.e. most of us.) I was vividly confronted by this aspect at its worst in January 2010, when reading online comments about a triple homicide at a Somali-owned grocery store in my South Minneapolis neighborhood. Several readers from far-flung suburbs felt compelled to spew vile prejudices about East African immigrants and refugees–a sizable portion of my neighborhood’s population–based on no firsthand experience or information, just the ugly ideas that had formed in their heads.

Sadly, the same thing is at play in the obscene comments frequently spouted online about President Obama (not his policies, but his personhood), and in the misinformation shared widely via social media or reader’s comments about healthcare, people on federal assistance, certain neighborhoods in the Twin Cities, or any particular demographic you can think of.

Not that this tendency to speak loudly on subjects which one knows nothing about is anything new. There have always been those who’ve been prone to bloviate without having the facts to back up what they are saying. Again, from my teaching stint, there were students each semester who thought they could boost their grade through participation. They held forth on every article or subject, even though it was clear they had not done the assigned reading. Much of the conversation online, outside of the sharing of trivial personal information, is by people who are similarly blowing off steam or speaking just to speak, frequently cloaked in anonymity.

One thing that’s become increasingly clear is that to carry on a meaningful conversation with fellow community members online, as in person, is much more challenging than it might seem, especially in a culture as polarized as ours, and one that increasingly is prone to being misinformed, with too many of us unintentionally and sometimes intentionally misinforming others, as we become more active online.

Fortunately, the decentralized nature of the Internet provides us with greater access to a wider spectrum of voices and views. Knowing which sources to trust and which to question draws upon our critical thinking skills. It also calls for skilled journalists, who know a thing or two about fact-checking. We had better have both.