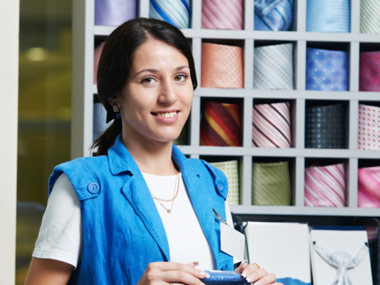 It’s time we start respecting and valuing each other’s labor.

This controversy over whether or not it’s fair retail employees have to leave their Thanksgiving dinners to work the registers and keep the shelves stocked wouldn’t even be an issue if so many people weren’t willing to leave their own Turkey Day festivities to save a few bucks on some ridiculous, meaningless electronic gadget or ugly sweater.

I understand, times are tough and many middle-class salaries aren’t keeping up with inflation. So if there’s an opportunity to snag a good deal to fulfill a holiday wish list many families are going to jump at the chance. I’m a cheapskate myself. I love a bargain. But we have to realize the long-term consequences of our short-term buying decision.

The solution isn’t cheaper stuff but better wages for all. It’s balancing good value in the products we buy with workplace dignity.

If your savings come as a result of corporations bullying their workforce, driving down wages, and dumping fringe benefits onto welfare services, you’re harming your community’s prosperity and your own wage standards. When WalMart and stores like it (read many retail outlets’ investors’ memo warning about wage laws and union activity) get away with eroding workers’ rights and salaries, the stores that treat employees well suffer. Look at some of the issues Supervalu, whose stores are mostly unionized, is having right now. (Granted, price is only one part of their corporate issues.)

Growing up in Philadelphia, my family shopped at Acme Markets—a local company at the time, now owned by Supervalu. Most workers weren’t making bundles of money but it was a decent middle-class living, with solid benefits and opportunities to advance. My family still shops there. They pay a little more, but in the long run the community benefits from higher wages, fewer working-class reliant on public services, and other economic benefits. But shrinking middle-class wages make bottom basement retailers attractive. It perpetuates a dangerous cycle when slumping sales for companies that do treat workers well eliminate middle-class jobs in a race for the lowest price.

This puts tremendous downward pressure on salary, benefits and worker protections. The more people this cycle drives out of the middle-class, the fewer that are left to buy the goods and services that support remaining middle-class jobs.

Simultaneously, instead of delivering value to customers by controlling salaries at the top, executives squeeze their most vulnerable workers, an action they’re rewarded for with higher stock prices.

Yes, it is the way a market economy works. I get it. But is a race to the bottom going to move us forward? Instead, we should look at ways to strengthen minimum and living wages, benefits and worker protection to ensure upward pressure on labor standards. Stabilizing the bottom trickles up.

It’s time we stand in solidarity and demand a fairer economic system, even if it means sacrifice for us.