The National Low Income Housing Coalition (NLIHC) has filed a lawsuit against the Acting Director of the Federal Housing Finance Agency (FHFA), Edward DeMarco. The NLIHC arguesthat DeMacro has failed to uphold Fannie Mae and Freddie Mac’s obligation to make contributions to the National Housing Trust Fund (NHTF). When the NHTF was created in 2008—to help finance affordable housing—contributions from Fannie and Freddie were the dedicated source of funding. However, these obligations were suspended by DeMarco after Fannie and Freddie were placed under conservatorship in the wake of the 2008 financial crisis. 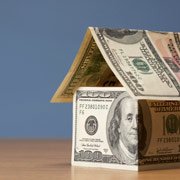 In Minnesota, 109,480 additional units are necessary to meet housing affordability demands for extremely low income households, according to the coalition.

The NLIHC claims that Fannie and Freddie’s current profitability obligates them to begin funding the NHTF. On their weekly memo to members, the NLIHC argues “Fannie Mae and Freddie Mac have been highly profitable for six consecutive quarters and the conditions that warranted the suspension no longer apply. The 2012 Securities and Exchange Commission’s filings show that new business activity for Fannie Mae and Freddie Mac in 2012 was approximately $1.4 trillion. Thus in 2012, approximately $382 million of that amount should have gone to the National Housing Trust Fund.”

They note that in order for the suspension to be justified, the FHFA would have to prove that funding the NHTF would contribute to the financial instability for Fannie and Freddie, would cause the enterprise to be classified as undercapitalized, and/or would prevent the enterprise from successfully completing a capital restoration plan. Given that the law only requires Fannie and Freddie to contribute 0.042% of new business revenue, it is unlikely that these conditions apply.