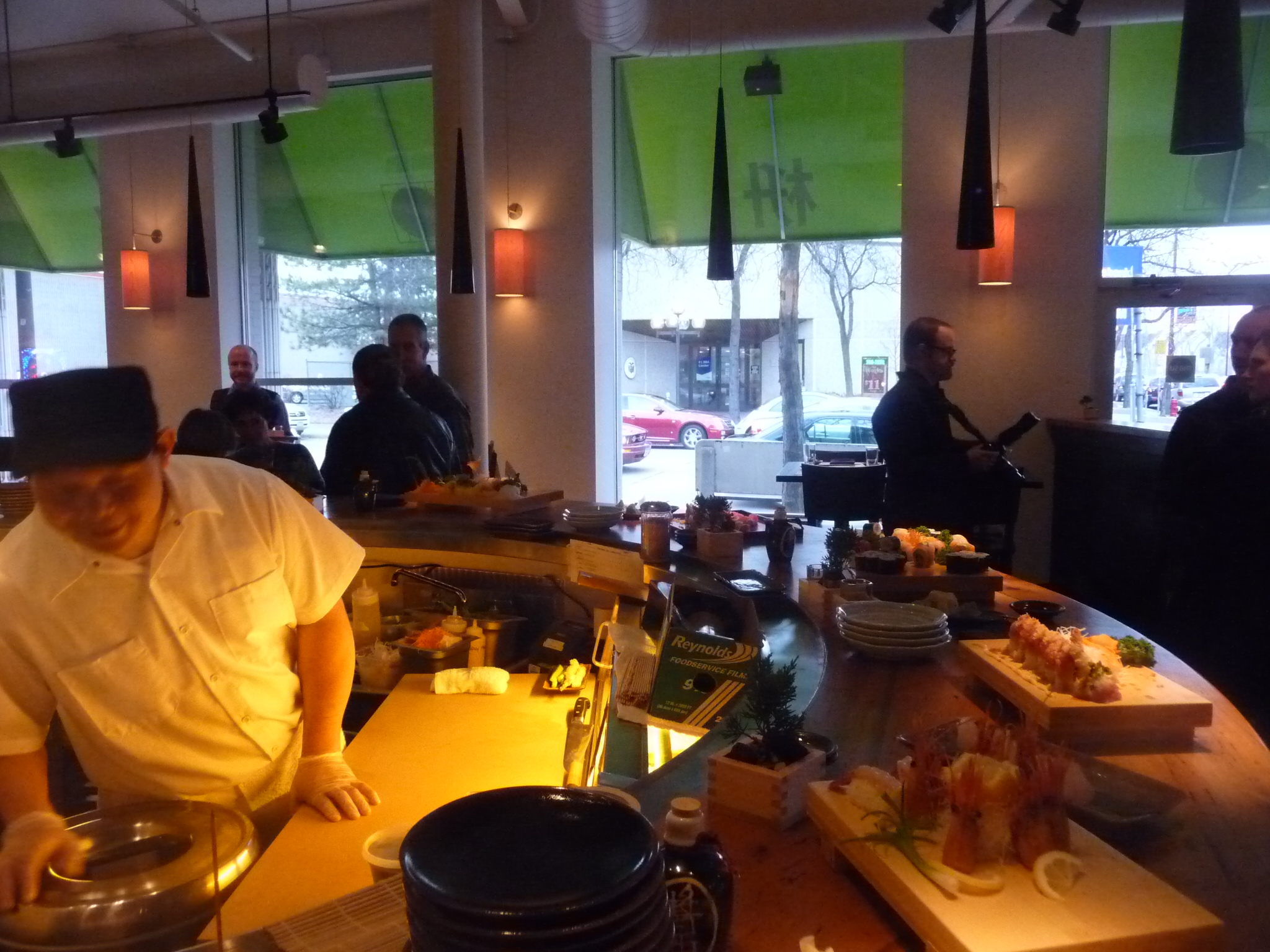 If you are going to open a Japanese restaurant in 2011, you better have something new to say. When sushi first appeared in the Midwest a generation ago, there was something cutting edge and hip and daring about eating raw fish. Sushi restaurants were few and far between, usually operated by Japanese immigrants. But over the years, sushi has gone down-market and lost a lot of its cachet—you can find it pre-packaged in little plastic trays in nearly every supernarket, and offered all-you-can-eat at cheap Chinese buffets.

Nearly all the local sushi restaurants get their fish from the same suppliers, and by the time it arrives in Minnesota, it isn’t at the peak of freshness. Also, since most of it does come from the same sources, (many of them tied to Rev. Sun Myung Moon and the Unification Church) the sushi all tends to taste about the same, whether you get it at a supermarket or a sit-down restaurants. 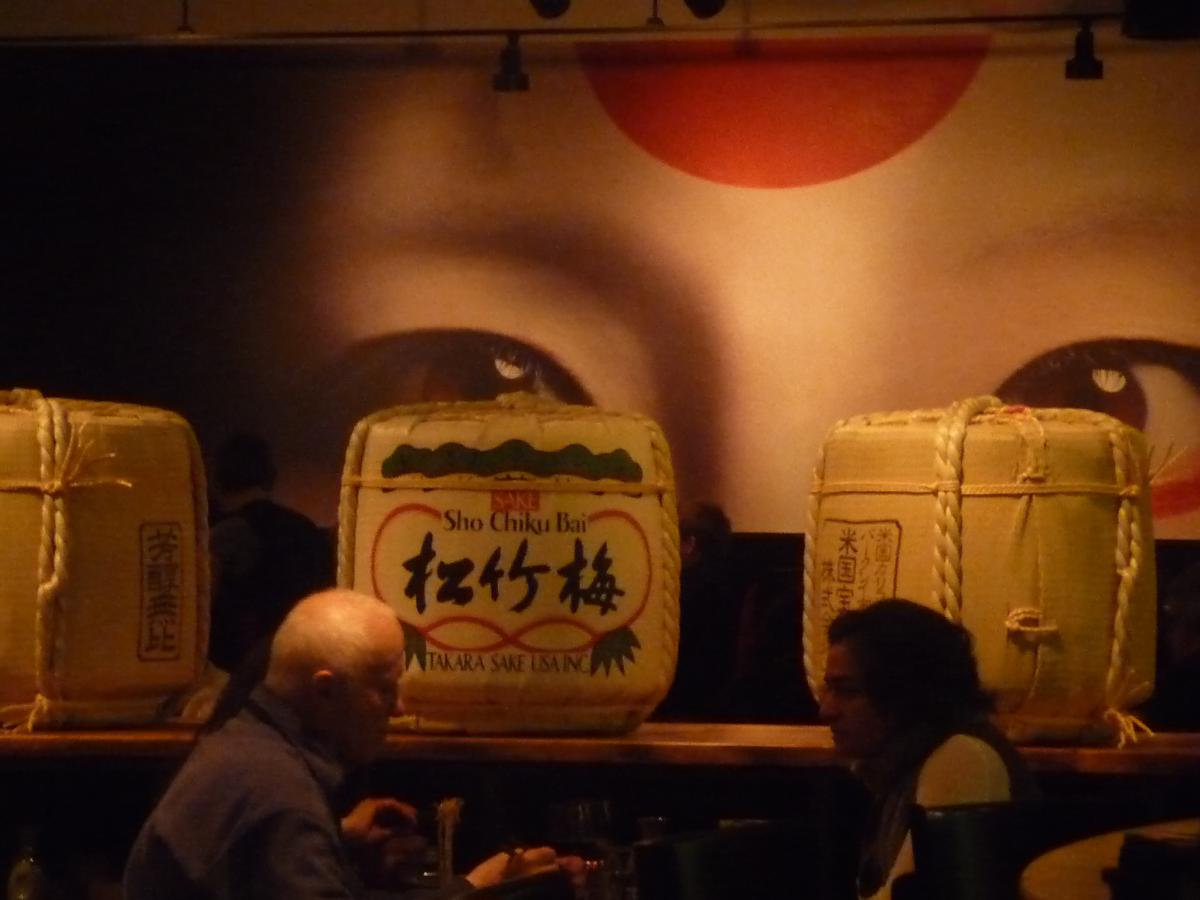 So how do you restore sushi’s lustre in 2011? First, you hire a really smart chef—Tim McKee—as  restaurant consultant, and a really hip design firm, Shea Inc. (Solera, Sea Change, La Belle Vie, Crave, Loring Kitchen, etc.), and then you create a menu that offers some dishes that you can’t find at every other Japanese restaurant in town. Which is what the owners have done at Masu Sushi and Robata, which opened recently  at 3300 E. Hennepin, Minneapolis. The menu does offer a lot of the usual sushi varieties, but sourced from sustainable sources, and minus over-fished bluefin tuna and hamachi. It also offers dishes that you can’t find at most other Japanese restaurants, including robata—charcoal grilled skewers of meat, seafood and vegetables—and a more than a dozen noodle dishes, including soba, udon, ramen and yakisoba.

The restaurant is owned by Sushi Avenue, an Eagan-based company that supplies sushi to supermarkets, food co-ops and colleges. Masu is their first restaurant venture. Chef de cuisine is Alex Chase, who has worked for McKee at La Belle Vie, Solera and Barrio. Head sushi chef is Katsuyuki (A-san) Yamamoto, for many years a fixture at Origami.

I’ve had three opportunities now to sample the cuisine at Masu. The first visit was—full disclosure—as an invited guest at the pre-opening “VIP reception.” The minute I walked in the door I was offered a glass of sake and a sumptuous spread of sushi, served up on the sushi bar counter. Waiters passed trays with a sampling of appetizers and robata. I especially liked the pork belly, and the bacon-wrapped tofu. Probably not authentic, but so what.

On my second visit at lunchtime, I was a regular customer and ordered off the menu. To judge by the service, I was probably anonymous.

Here’s what I liked about Masu: The sushi I sampled – tuna and yellowtail and raw shrimp – tasted really, really fresh. They do serve a California roll, but it is made with real crab, at least according to the menu. None of that chop chop teppanyaki nonsense (invented in the US by Benihana owner Rocky Aoki.) 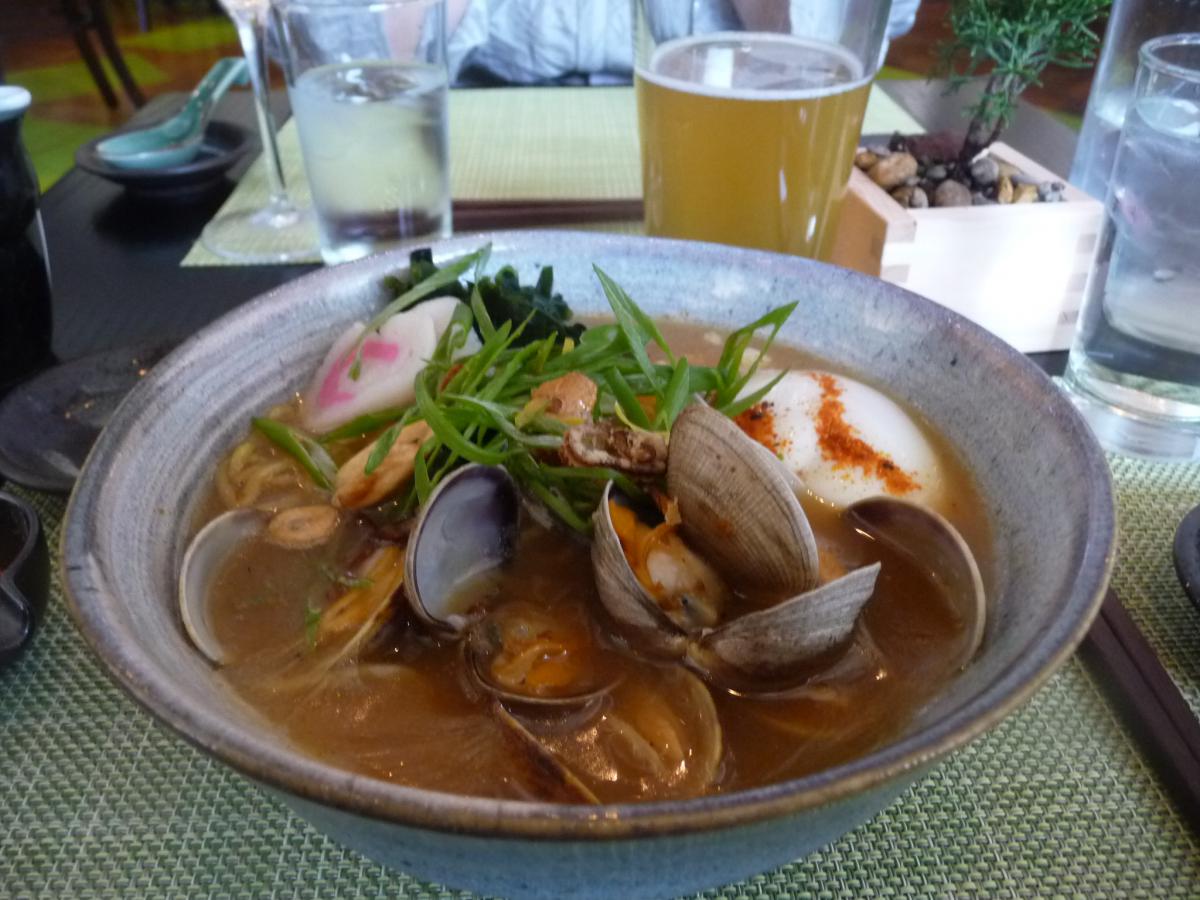 Don’t let memories of packaged noodles deter you from trying the ramen – the littleneck clam ramen ($12) is delicious—firm noodles in a flavorful dashi broth, with clams, fishcake, seaweed and soft poached egg. There is a lot more I would like to try, including the pork belly ramen ($11), the beef udon with short ribs, and the chirashi-zushi ($23) – sashimi and vegetables served on a bed of rice.

One good way to get a sampling of what Masu has to offer is to order a teishoku—sort of a deconstructed bento box of small plates served on a tray. We tried a combination of vegetable tempura, pickled radish roll, grilled shishito peppers, preserved plum inari, glazed eggplant and seaweed salad ($18) – all quite tasty, though the tempura lacked the lacy delicacy of the best. Other teishoku plates feature ginger glazed salmon ($22), wa fu hamburger ($19), chicken teriyaki ($21) and more, each with a different assortment of other plates and flavors.

Be sure to check out the cool video pachinko machines, and the big selection of sakes.