Israeli documentaries, Russian-Jewish photography from the early twentieth-century, and Yiddish radio – these are a just a few of the topics that will be covered in this year’s Community Lecture Series, presented by the Center for Jewish Studies at the University of Minnesota. The series is celebrating its tenth year, and will kick off the season with three exciting programs in October. 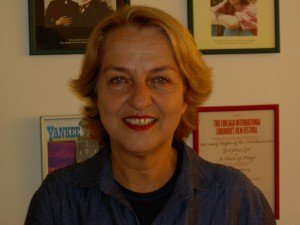 Noemi Schory, a renowned documentary film director and producer, will show and discuss religion.com, on Thursday, Oct. 3 at the St. Paul JCC at 7pm. The film is one in a series of three that she has produced about the Haredim (Ultra-Orthodox) in Israel. It shows us an intense debate within the Bnei-Brak community between two men who represent opposing views of the Internet. One sees the opportunity for greater freedom of expression; the other wages a struggle against what he believes will destroy their way of life. This “Internet dilemma” exists for American ultra-orthodox Jews as well; some opposing its use and others finding it a powerful tool for Torah study. At the same time, for Orthodox gays and lesbians, the Internet has proven invaluable in creating a world-wide community of support and understanding.

Among her many credits, Noemi Schory produced A Film Unfinished about the Warsaw Ghetto, which received numerous awards worldwide and was an Emmy nominee after being screened on PBS. She is the Schusterman Visiting Artist at the University of Minnesota this semester, where she is teaching a class entitled, “The Holocaust in Film:  Recent German and Israeli Documentaries Compared.” 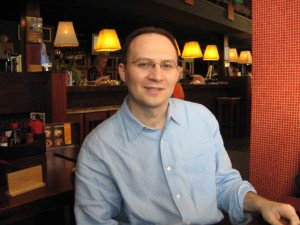 On Wednesday, Oct. 9, University of Illinois professor Eugene Avrutin will speak at the Museum of Russian Art, which is currently featuring the exhibition “Jewish Life in the Russian Empire: Photographs from the Museum of Ethnography, St. Petersburg, Russia.” Professor Avrutin’s lecture, “Photographing the Jewish Nation: Pictures from S. An-sky’s Ethnographic Expeditions” will help give context to these incredible images.

Between 1912 and 1914, S. An-sky, one of the most important figures in Yiddish literature, culture, and ethnography, and his team conducted three successful ethnographic expeditions in the Pale of Settlement of the Russian Empire. Their goal was to understand the ways of life of ordinary people. The ethnographers collected Jewish religious manuscripts and cultural artifacts, and snapped hundreds of photographs of Jewish daily life and material culture. The end result was an unprecedented collection of materials about Jewish life, a great portion of which survived the calamities of the 20th century. 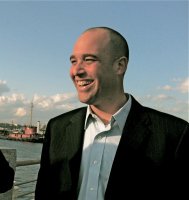 Then, on Monday, Oct. 14, Ari Kelman of Stanford University will present “A Cultural History of Yiddish Radio, 1923-1955” at Beth Jacob Congregation in Mendota Heights. His lecture, featured as part of the Twin Cities Yiddish Fest, will give a history of the more than 70 radio stations in the U.S. that carried programming in Yiddish from 1926 to 1964. These programs reached audiences of Jewish immigrants who settled everywhere from Boston to Honolulu. What kinds of programs and “stars” did these stations feature? What did the listening audiences expect to hear when they tuned in? Using Yiddish newspapers, rarely-heard recordings of Yiddish radio programs, and other archival materials, Professor Kelman will explore these questions, offering new understandings of American Jewish history.

“The partnership between the Center for Jewish Studies and the Jewish communities of the Twin Cities is one of our central missions,” said Riv-Ellen Prell, the newly-appointed director of the Center for Jewish Studies. “We are pleased to bring scholars in October who represent the broad range of Jewish studies scholarship. Not only are they speaking about Jews in Israel, Europe, and the United States, but about the richness of what Jewish cultures have created in media and the arts.”

All three lectures are free and open to the public; however, reservations are required for Prof. Avrutin’s presentation at The Museum of Russian Art. Please visit Photographingthejewishnation.eventbrite.com to RSVP.