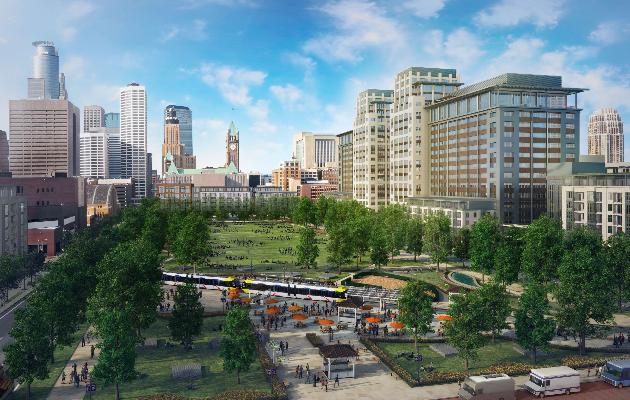 The proposed $400 million East Downtown corporate Wells Fargo office, housing, retail, parking and park complex being proposed by Ryan Development is chugging along, having just received unanimous support from the Minneapolis Planning Commission. At the center of this project – literally and figuratively – is “The Yard” a two block (likely separated by a county road), 4.2 acre park space that is described on Ryan Co’s website as a “world-class urban park/plaza that serves as the ‘front yard’ to the new stadium”.

I having been to a few presentations regarding this development, there is a lot of talk about how The Yard will be just like Bryant Park in New York City. Wow, that sounds fantastic. As someone who used to live in New York I love Bryant Park, there are so many things to see, do, experience – and it’s so well managed. And the thing about Bryant Park is that it has always been awesome and a huge asset to the surrounding neighborhood because that is what parks always do.

Wait hold on, that last part is not actually true. 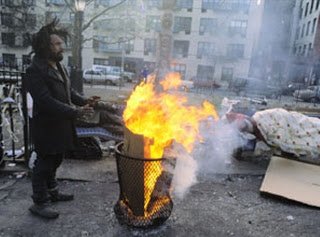 During the 1970s and 80s Bryant Park was a hub of drug dealing, crime, and in one case murder. It was still in the same place, with the same general design – but there was a critical difference: there was no effective management. In response to the precipitous decline of the park, the Bryant Park Restoration Corporation was established as a business improvement district (BID) to oversee a basic redesign of the park, but more importantly manage and program the space going forward. Under the leadership of Dan Biederman the new organization made sure that the park was well cared for, well funded, and well programmed. Since re-opening in the early 1990s it has emerged into what it is today: one of the best managed, most used and beloved parks in the world. 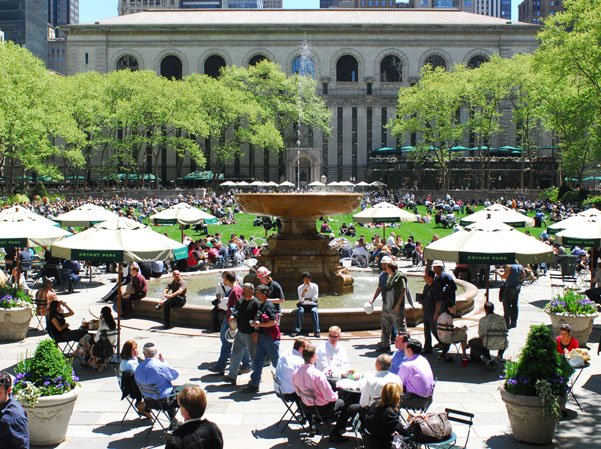 Two critical lessons of Bryant Park for The Yard

As someone who used to work for a former lieutenant of the Bryant Park Corporation and now owns a business that transforms and activates underused space, the lessons for The Yard are clear:

For an example of what happens when you have neither of these elements, look no further than the state of Peavey Plaza today.

3 Questions that need to be answered

So despite all the talk about how The Yard is going to be the centerpiece of the transformation of East Downtown, how is Ryan Co. going to finance the new park? Well their website states “(the) City of Minneapolis would purchase land and develop to basic level. Can be developed for more active uses.”

Oh. The City has to raise the funds to make this thing a reality. Well maybe the Park Board could chip in as well. Raising capital to build shiny new things is always the easy part, but securing a steady stream of unsexy operating dollars much less so. If the public is on the hook for this thing we need answers on the long term stewardship of The Yard.

Citizens of this city, Wells Fargo leaders and employees, and all interested parties need to know the answers to these questions. They are not merely details, but legs on a stool that will determine whether The Yard truly becomes an asset or liability for the city and region:

We need to know.