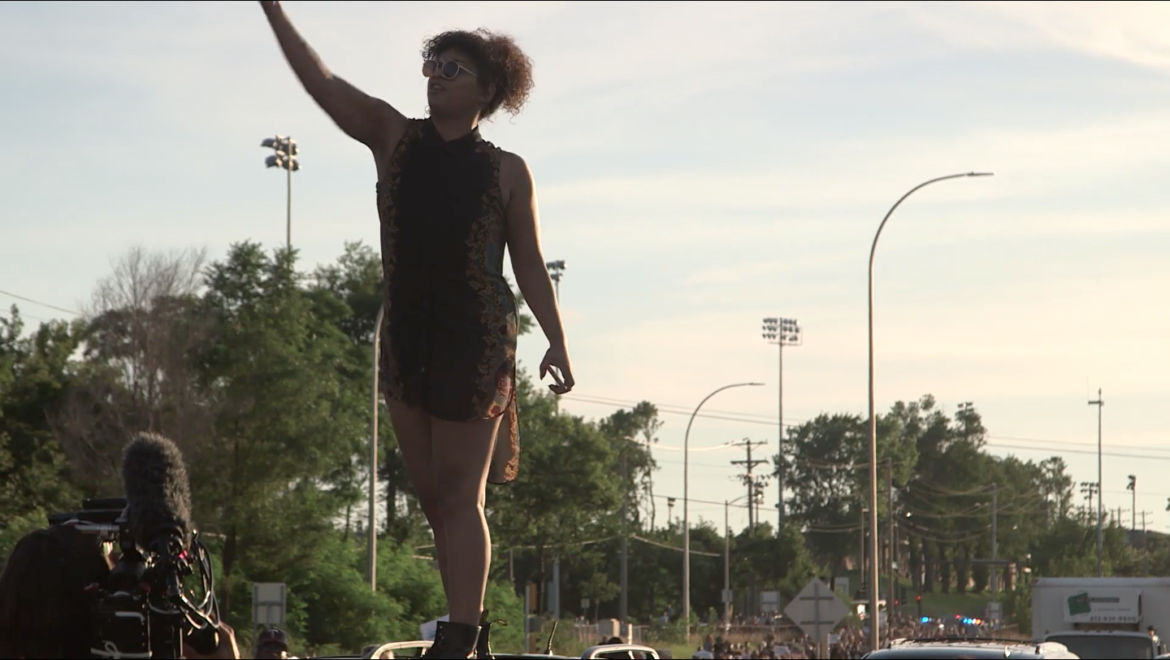 Mica Grimm rallies protesters during the July 9 shutdown of Interstate 94 in St. Paul.

In the hours and days after protesters took to Interstate 94 to call attention to the death of Philando Castile, police brutality and a broken system of policing based on white supremacy, the narratives on social media versus the narratives that emerged from the Twin Cities press detailed two different stories. One was a story of mayhem and violence against officers perpetrated by uncooperative agitators.

The other was a story about why the protesters were marching, about how the force used by St. Paul Police was disproportionate to any threat the protesters presented, and the irony of a demonstration about police brutality ended in tear gas, flash bombs and arrests.

In this Community Voices video, two protesters–Mica Grimm, Alicia Lucio and a protester who only gave his name as “Daquan”–who were on the ground that night share their side of the story.

Correction July 20, 2016: This video has been edited to correctly portray protesters who attended the I-94 shutdown.