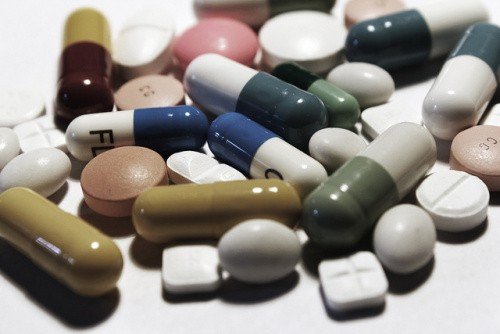 Vox tells the story: a miracle pill that cures hepatitis C restored normal life, liver function, the ability to walk, and even hair to 74-year-old Philip Mason. The new drug, Sovaldi, sells for a thousand dollars per pill or $84,000 for the full course of treatment, making billions of dollars in profits for its owner, the Gilead drug company. That makes Sovaldi the latest example of the runaway greed and profit-taking by drug companies.

Sovaldi is important. Worldwide, more people die from hepatitis C than from AIDS. And that doesn’t even count the diminished lives of millions of people living with the chronic infection.

But should Sovaldi cost a thousand dollars per pill? The record shows that U.S. consumers routinely pay far more for drugs than people in other countries. It’s not because drugs are worth more here. It’s because our health care system is set up to protect and reward drug dealers.

“… while Americans pay an average of $215 for a Nexium prescription, the Dutch get the exact same purple pill for $23. In England, Nexium costs $42 and in Spain the price is $58.”

In the United States, with coverage split among government programs and thousands of private insurers, there’s no effective way to curb the drug dealers’ greed. Insurance companies, without the leverage to negotiate prices, resort to limits on who can get expensive drugs.

Runaway drug prices hurt in two ways. First, they drive up the cost of health care in order to bolster the bottom line of drug dealers. Sovaldi is owned by Gilead. The Motley Fool reports that, “thanks to $8.5 billion in sales for Sovaldi, Gilead’s top line has soared from less than $3 billion last year to more than $17 billion this year.” Runaway profits for Gilead mean higher costs for all of us. According to Vox,

“Pharmaceutical companies have the largest profit margins in the healthcare industry, hovering just above 20 percent.”

Second, higher drug prices make needed drugs unavailable. Insurance companies and state Medicaid offices decide that the new drug is simply unaffordable and they won’t cover it — or will cover it only for people who meet a long list of conditions.

Prices of prescription drugs keep people from getting the medication they need. According to the CDC,

“From 1990 to 2000, prescription drug spending grew 11.6%—much faster than spending for hospital (5.2%) and physician and clinic (6.2%) care. In response, many insurers instituted cost control efforts, including copays, cost-sharing, formularies, tiered pricing, and mail order pharmacies. These efforts, along with other factors including the ending of patent protection for a number of popular drugs, has led to slower growth in prescription drug spending in recent years.” [emphasis added]

Congress needs to curb the power of pharmaceutical companies and rein in their profit-taking. According to Health Affairs, Medicare “accounts for 28 percent of total retail prescription drug spending.” Giving Medicare the power to negotiate the prices it pays would make a huge difference in drug costs. Ending patient access to drugs is not the way to keep costs down.