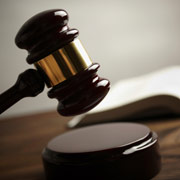 Last week, in Swanson v. Dayton, the Ramsey County district court voided an executive order requiring a vote on union membership among the 4,300 child care providers that receive payments from the state. Although the case raises a variety of issues, it is fundamentally about how labor statutes apply to the self-employed. And it reveals two very different answers to this question.

Minnesota law allows the governor to order a vote on unionization in order to resolve a “labor dispute,” defined as any controversy concerning employment, tenure or conditions or terms of employment or concerning the association or right of representation of persons in negotiating, fixing, maintaining, changing, or seeking to arrange terms, tenure, or other conditions of employment, regardless of whether or not the relationship of employer and employee exists as to the disputants.

Minn. Stat. § 179.01, subd. 7 (emphasis added). So a “labor dispute” must “concern employment,” but it doesn’t have to be a dispute between a worker and her boss. For example, the governor could order a vote to resolve a dispute between two unions, each wanting to represent the same group of workers.

The court’s approach fundamentally treats the self-employed child-care providers as business owners rather than workers. The court declared that the governor could not order the unionization vote because “employer-employee relations are not involved,” and therefore the dispute “is not a labor dispute.” For support, it relied on a Minnesota Supreme Court case from 1945 about a different state statute with a similar definition of “labor dispute.” In that case, Minnesota Council of State Employees, No. 19 v. AFSCME, the court held that a dispute between a national union and its Minnesota affiliate over revocation of the affiliate’s charter was not a “labor dispute” because “the only question at issue is an internal dispute between the members of an association itself.”

Minnesota Council, in turn, relied upon a U.S. Supreme Court case interpreting a federal law also containing a similar definition of “labor dispute.” In that case, Columbia River Packers Association Inc. v. Hinton, the dispute was between a union of independent fishermen and a company operating packing plants to which the fishermen sold their catch. The Court held that no labor dispute existed because “[t]he controversy here is altogether between fish sellers and fish buyers. The sellers are not employees of the petitioners or of any other employer nor do they seek to be.”

However, this approach is not the only possible one. In its brief in favor of unionization, AFSCME argued for a more functional interpretation that would treat the child care providers as workers under this provision of Minnesota’s labor law. It explained, “These providers’ wages are paid in part by the State. The issues they will discuss will relate to the providers’ wages, potential access to benefits, and other employment-related matters. . . . [T]hese issues are related to the terms and conditions of employment . . . .” To the executive order’s defenders, the child care providers did not need to be someone else’s employees to fall within the protection of the statute. It is enough that they are self-employed and that the dispute concerned the terms and conditions of that self-employment. After all, a self-employed person is still “employed.”

I’m not sure where the courts will ultimately come out on this question. Minnesota courts have the final say on interpreting Minnesota law, and they don’t have to follow a federal court ruling on federal law, no matter how analogous it is. But, however it turns out, the final resolution will set a precedent for the treatment of self-employed people under Minnesota’s labor law, and that could have importance beyond this case.