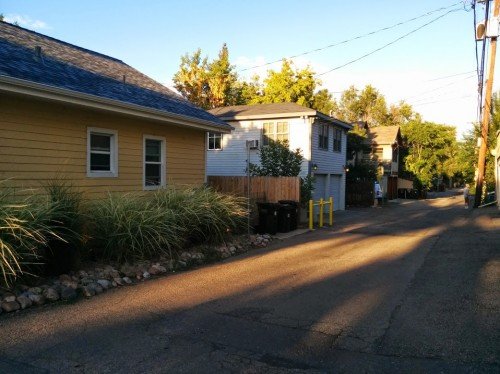 Minneapolis folks, the draft ordinance for Accessory Dwelling Units is available! It’s like Christmas-come-early for urbanists. Ok, maybe not that extreme, maybe it’s more like President’s Day? I dunno. Either way, the pace that the city council and planning staff have moved this particular topic through to this point is very encouraging, as is the level of support (92%!) so far from Minneapolitans. That’s insane – I can’t imagine 92% of us agreeing on what color pavement our streets should be, so, good job! Besides, we’ve already got ADUs (by form) capping many block-ends in the city. This just let’s us build more.

We’ve covered ADUs here only briefly here before, but there are tons of great resources to get yourself familiarized with the concept if you havent already. I took some time over the weekend to read through the draft, and wanted to get a few thoughts out there to make this foray into a new housing option as successful as possible.

I love ADUs. I want to build one in my backyard. But for all their positives, the realist in me can’t imagine them making a serious impact on the housing market. Look at Portland ADU permits by year (keeping in mind Portland has almost 3x the land area and an already 200k+ larger population than Minneapolis) Yes, there’s been a jump recently after some policy changes, but we’re talking maybe a couple hundred a year, and less than 1,000 in existence in total. It could be a very long time before Minneapolis sees over 100 permit applications in a year. There’s nothing wrong with that. They can be tricky, expensive, and they need the right lot, location, occupant, personal finances in place to align, but they’re still a valuable tool in the “making Minneapolis affordable, walkable, etc” toolbox.

First, let’s call the positives out. I think it’s safe to say that anything we end up with is better than not having ADUs at all, and Lisa Bender + project staff have done an excellent job getting us to this point. The communication has been clear, and the process wide open with tons of meetings across city neighborhoods. Great job.

I also love that we’re not shying away from multiple forms of ADUs here. Allowing these new units to come from basement or attic space, an addition to a primary structure, or via a detached structure all give options and flexibility. Kudos.

The ordinance also encourages eyes on the alley via requiring 10% of the alley-facing façade to be windows. My gut reaction was “overly burdensome,” but the weekend made me re-think that. This likely won’t be hard to achieve, would have been done in most cases anyway, and really does have some positive benefits to keeping alleys safer (and beautifying them!).

Finally, parking! The behemoth that sinks any productive conversation for new development. I was pleasantly surprised to see that an ADU unit does not come with a requirement to provide off-street parking. The ordinance does require property owners to maintain the minimum parking spaces for the primary structure, which is fair. But exempting the ADU gives flexibility in design, lot placement, and cost for builders.

Despite all the positives, I believe there’s still room for improvement to the ordinance in a way that will still get this thing passed. I’m keeping the list fairly short to be pragmatic. In order:

Ok! I’m sure not everyone will agree with me. That’s fine. Use this post as a talking point to reach out to your councilmember. I can’t imagine 92% of city respondents supporting something the way ADUs have been. So before this thing gets passed and we feel like we can’t touch it again for more than a decade, let’s maximize that support to make some minor improvements. Thanks!