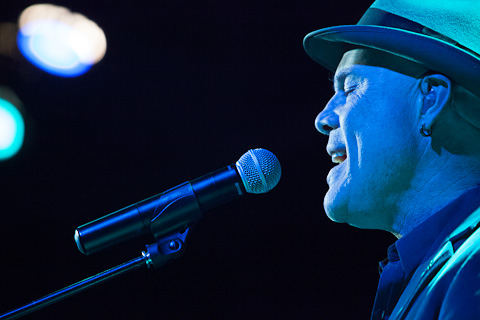 The line to get into the April 6 Thomas Dolby show at the Cedar Cultural Center stretched down the block. People already had their tickets to the sold-out show—everyone was just excited to be there. Judging from the gray hair and work clothes, most of those in the line had been fans a long time.

The line stretched past the Time Capsule, a metal camping trailer that had been fitted up with brass trimmings on the outside, delightfully gratuitous retro “technology” on the top, and a camera inside for concert attendees to record 30-second “messages to the future.” An assistant, finishing setting up the Capsule, fretted slightly that her short skirt and patterned tights were out of place in the neighborhood, but the Somali women in jalabeeb seemed to be used to strange events happening next door.

The Cedar may be the perfect place for Dolby to play in the Twin Cities. Poised between two cultures, The Cedar is frequently home to acts that walk the line between cultural appropriation and cultural appreciation. Dolby, always an eclectic artist, has made a practice of doing the same.

It was all the more fitting that his opening act was Aaron Jonah Lewis and Ben Belcher. The duo started out indulging themselves as a band because “playing traditional bluegrass was harder than we thought it would be” and ended up studying it seriously. While they were clearly having a grand, silly time on stage, their playing was exceptional. Their dual-banjo salute to Earl Scruggs (“Earl’s Breakdown”) was a fitting tribute to the genius behind the legend. 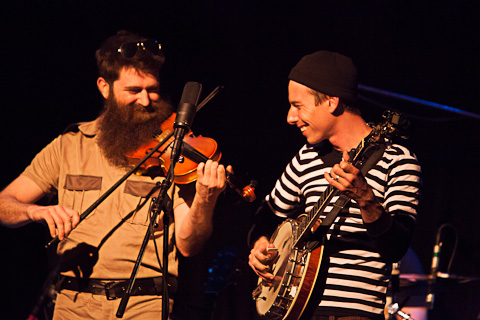 All but a couple of Lewis and Belcher’s songs were straight bluegrass. They brought back strong memories of weekend opry visits during my childhood. I could taste the cheap, sour-apple gum we used to get to keep our little mouths busy during the music. There was much foot-stomping in the crowd.

After Lewis and Belcher, Dolby’s first song (following a very Minnesotan standing ovation for his simply showing up on stage) was a whiplash-inducing departure. He played “Commercial Breakup,” a New Wave track from his first album that never charted as a single. It was a bold move, but the audience wasn’t disappointed. This wasn’t a crowd that only knew the popular songs.

After a few more classic tracks, Dolby moved into his new material with “Evil Twin Brother.” This was every bit as popular with the crowd and not just because Dolby’s teenaged son Graham sat in on drums. New song or old, the audience was not just ready to hear it; they’d clearly been waiting, and longer than they’d wanted to, for Dolby to come to town. 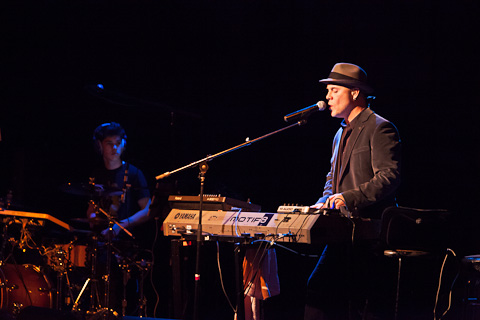 Dolby was well worth the wait. There were technical glitches—the sound mix wasn’t always even throughout the room, and one song ended in laughter after Dolby “ran out of bass”—but these were minor. The live arrangements of the songs rocked a little harder than the album versions, thanks in part to drummer Mat Hector and guitarist Kevin Armstrong, and the audience responded. Midwesterners danced along, first in their seats, then standing after Dolby reminded them before “She Blinded Me With Science” that they were allowed to do that.

Dolby spent most of his time behind his keyboard and sample pads. Being one of those musicians who appears to create his music through sheer physicality, however, he was still a joy to watch. He was not so much reserved as barely contained as he kept the music coming, breaking out occasionally into wild gestures that communicated the fun he was clearly having. Even the stabbing of a sample button was a dramatic event. 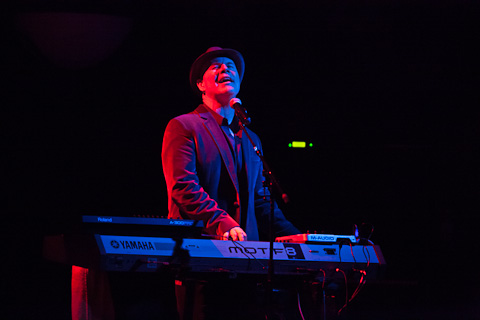 Between songs, he entertained the crowd with self-deprecating stories. He talked about his first performance at First Avenue, when the balcony curtains parted to show a “little figure in purple”…who stayed for “exactly two songs.” There was the dream in which Billie Holiday appeared to offer him inspiration for a song. He replied, “That’s a bit crap, isn’t it?” before waking up and writing her a song (“Love Is a Loaded Pistol”) by way of apology. He told us about the early-morning geography lesson a couple of DJs gave him after “I Love You Goodbye” went into heavy rotation on Louisiana radio.

Dolby’s description of the process of writing “The Toad Lickers” was hilarious. It was an abbreviated version of one of the videos he’s done documenting how he put together the songs on his new album, A Map of the Floating City. He talked about his influences, from wondering what banjo techno would sound like to anthropologist Wade Davis to the “smoky blue mountains” of Wales. He played samples. Vocals from a British cowgirl. Jaw harp from Imogen Heap. “I think it was #37b from Garage Band.”

With everybody laughing, Dolby finally ended with, “And…and…we’re gonna play a song for you now.” Then they did, with Aaron John Lewis playing harmonica and acoustic guitar, as he did for several songs. 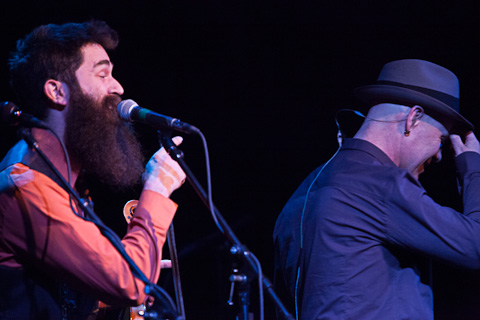 Dolby’s voice has changed over the years, losing a bit of sweetness in the high notes and becoming richer and warmer on the lower notes. He’s unlikely to play “Close But No Cigar” again live. The songs he did choose, however, lost nothing by the change.

The only disappointments in the evening were the inclusion of “Airhead” on the set list, and the three belly dancers who performed onstage to “Spice Train” during the encore. “Airhead” suffered, not musically, but by feeling less funny and light-hearted in a political climate that is working hard to say women aren’t competent to make their own decisions. The belly dancers, locals who joined Dolby only for this show, appeared not to have rehearsed to the song, though they may have suffered instead from crowding on the stage.

Those details were small, though. All in all, Thomas Dolby showed that he’s lost none of his talent, edge, or charisma by waiting twenty years between putting out albums. All that he’s accomplished in the meantime has only made him a stronger performer. If you have the chance to see the Time Capsule tour in another city, don’t miss out. 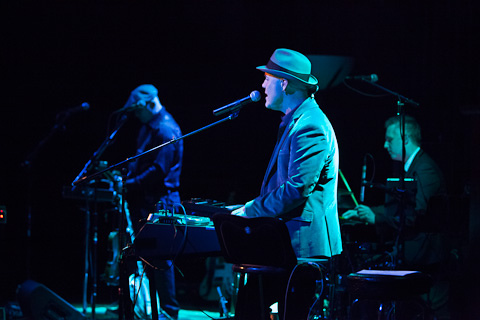 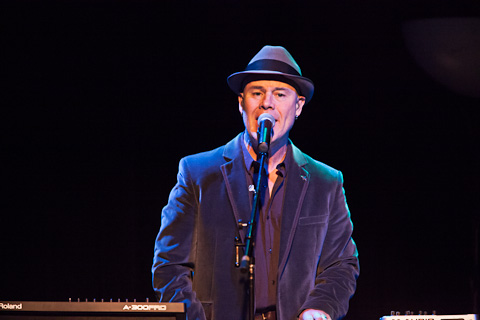 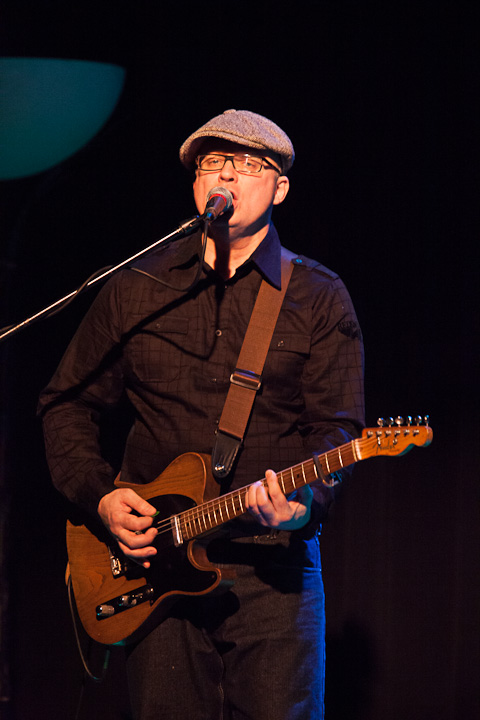 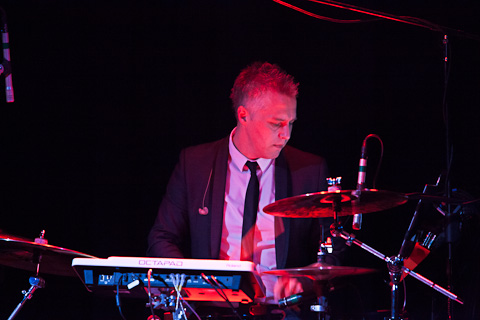 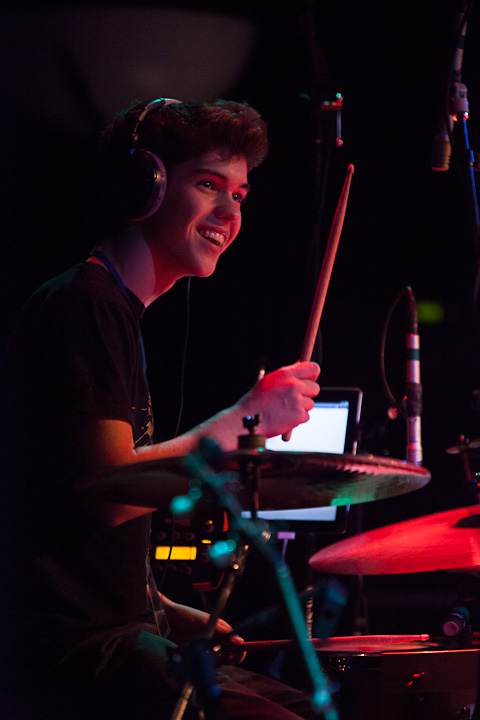 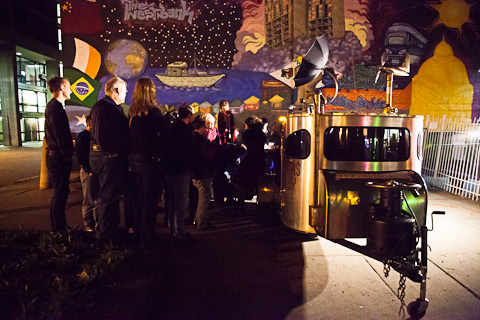