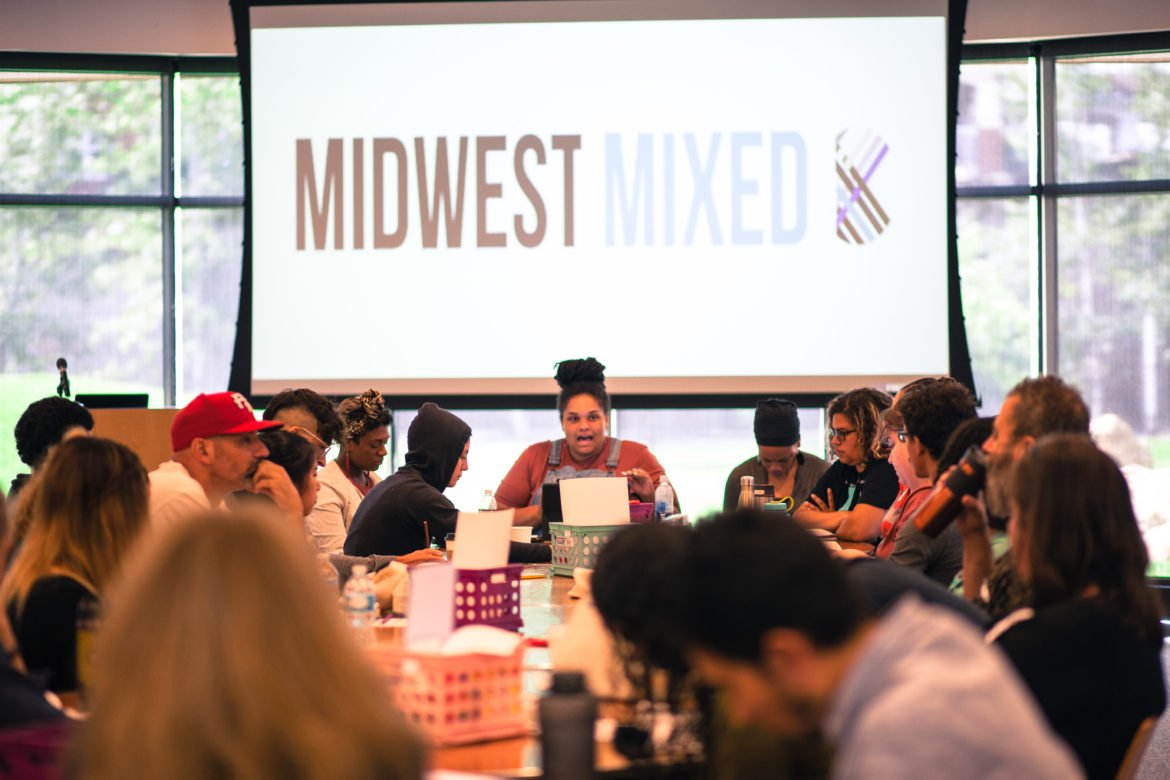 Do interracial couples experience more push-back than same-race couples, and if so, how do they deal with it?

How does colorism affect the lives and academic experiences of students?

And what are some strategies for processing historical trauma that non-Black and non-white mixed folks can use to acknowledge and move through complex family histories?

These are just some of the questions that the first ever Midwest Mixed Conference attempted to tackle, through panels, arts activities, workshops and discussions. Held Aug. 4 to 6 at the Wilder Foundation and Public Functionary, the conference attracted around 150 participants who participated in panels on topics like transracial adoption, mixed people who get read as white, and overcoming the lack of media representation.

“I left the conference feeling like the community felt affirmed. Many people came and said that this felt like home, and that, ‘This felt like a space for me,’” said Alissa Paris, the lead organizer for the conference. Paris is a youth worker and performance artist who identifies as a mixed Black woman. She had been working with a small but solid group of friends and community members to organize the conference for a little over a year, although the idea for the event came out of grassroots “Mixed Race Dialogues” that they had been running in people’s’ living rooms for three years.

“What started happening in those dialogue spaces is that we realized that we were just covering certain territories. There were certain conversations we were interested in having with people who weren’t mixed, but were important in our lives – our partners, family, friends,” said Paris.

“I sent an email to maybe 50 people who might be interested in planning something like this, and we had about 20 people for the first meeting, with a rickety PowerPoint. And I said, ‘We’re going to have a conference!’” 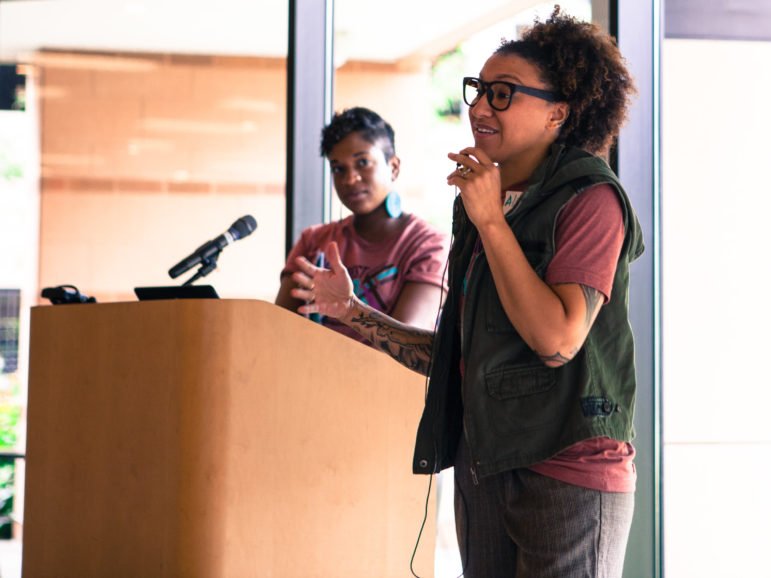 Paris and conference organizers got in touch with national leaders in the field of mixed race studies, to get a lay of the land and explore places where interests might overlap and diverge. “What we want to do is create something more focused on family and community, and not theory, but still get at some of those pieces, obviously. We were more interested in collectively exploring how we talk about mixed race identities, and why we talk about them.”

Zoe Kesava Hollomon, a food justice organizer and member of the organizing committee, said that working to bring the conference to fruition has been personally healing for her as a mixed Black woman. “I’ve been having the conversations with so many people about the conference, and sometimes people have had negative reactions, or concerned reactions, like, ‘This is a mixed conference? Who is that for? And what is the purpose of it?’ So, I think some people were concerned that it could be a conference for light-skinned Black people who have privilege to separate themselves from other Black people.”

“But what I’ve found a lot of times too is that a lot of people who fought the hardest about it – some of them still have some issues in reconciling their identities, and are just pushing back,” she continued. “I respect that, but I’m also like, ‘Hey, this is for you. That’s the point of these Mixed Race Dialogues, is that we get to talk about things like there is enough room for multiple racial identities and histories. And this whole concept of scarcity, where you can only have one racial identity – it comes from the oppression, and us trying to go in and say, ‘No, we have to protect ourselves.’ Which you can understand, but it’s also something that we don’t have to submit to.’

“For me, this whole process has been about facing some anxiety, because of things that have happened to me, or people saying that I’m not Black. Sometimes I can anticipate that a little bit. And it made me realize, ‘What is this uncomfortability thing that you have, saying that we deserve to have a space to think about this? Wanting that doesn’t mean that we’re not Black.’ It’s been really good for me to push back, in ways,” said Holloman.

She added that she and organizers were very happy with the size of the conference this year, and level of community involvement. “We would have loved for it to be a bit larger, but we’re also realizing that the spaces and places where we’re having these beautiful and challenging and deeply personal conversations are nice when it’s a little smaller,” she said. “So, I think we’re going to think about how to keep that, and how to expand the conference, so that we can accommodate more people.”

Paris echoed this assessment. “The first year of a conference is exactly that: laying a foundation,” she said. “The community is the foundation, and knows that we’re here.

The stuff that comes up emotionally, the difficult conversations… I think coming out of the conference we have a direction in terms of how to talk about identity within families and community. We have a great network of folks hungry for the next thing.”

Esther Callahan, a 39-year-old transracial adoptee, is one such community member. “I went into the conference with a little bit of trepidation, only because this would be the first time I’ve been in a space with more than one transracial adoptee, and more than one mixed race person, which might bring about emotions I wasn’t expecting.” Instead, Callahan came away from the conference wishing that it was longer. “I felt like in each workshop almost all of the participants were wishing those conversations had gone longer,” she said. “They got this momentum-building, and they needed to keep it up.”

Callahan summarized the importance of the conference, and the safe spaces it created for those who may not have had it in the past, with this vignette: “My most impactful part of the weekend was when one of my fellow transracial adoptees said that she was a transracial adoptee aloud for the first time in her life. I remember that first time for me, and it was a little more personal, but she did it in a room full of people she didn’t know.”