CORRECTION 3/20/2012 • March 19 is a tragic anniversary. As my friend, Wayne Wittman, of Veterans for Peace put it: “On March 19, 2003, after a terrific bombardment called “Shock and Awe” we and the other nations we could coax to join us launched an invasion of the sovereign independent Nation of Iraq.”

Our Conductors of War in 2003 likely had the same idea as the Japanese did, December 7, 1941, when they bombed Pearl Harbor: ‘we’ll show ‘em our awesome might, and they’ll surrender’.

We all know how the attack on Pearl Harbor worked out for the Japanese; Shock and Awe in Iraq didn’t do so well for we Americans either.

War is the triumph of short-term emotion: stinking, not sound, thinking. But War sells easier than Peace, albeit with a far greater long-term cost.

I’m a Vet for Peace, I’ve been to many events, and I traveled to the Capitol grounds planning to join the group, which appeared to be about 35 people.

I was there this year, but the attendees probably didn’t know it.

I decided to look at this years event through a somewhat different lens.

Near the First Shot Memorial site is large sculpted soldier called “Monument to the Living…Why do you forget us?” dedicated May 22, 1982. 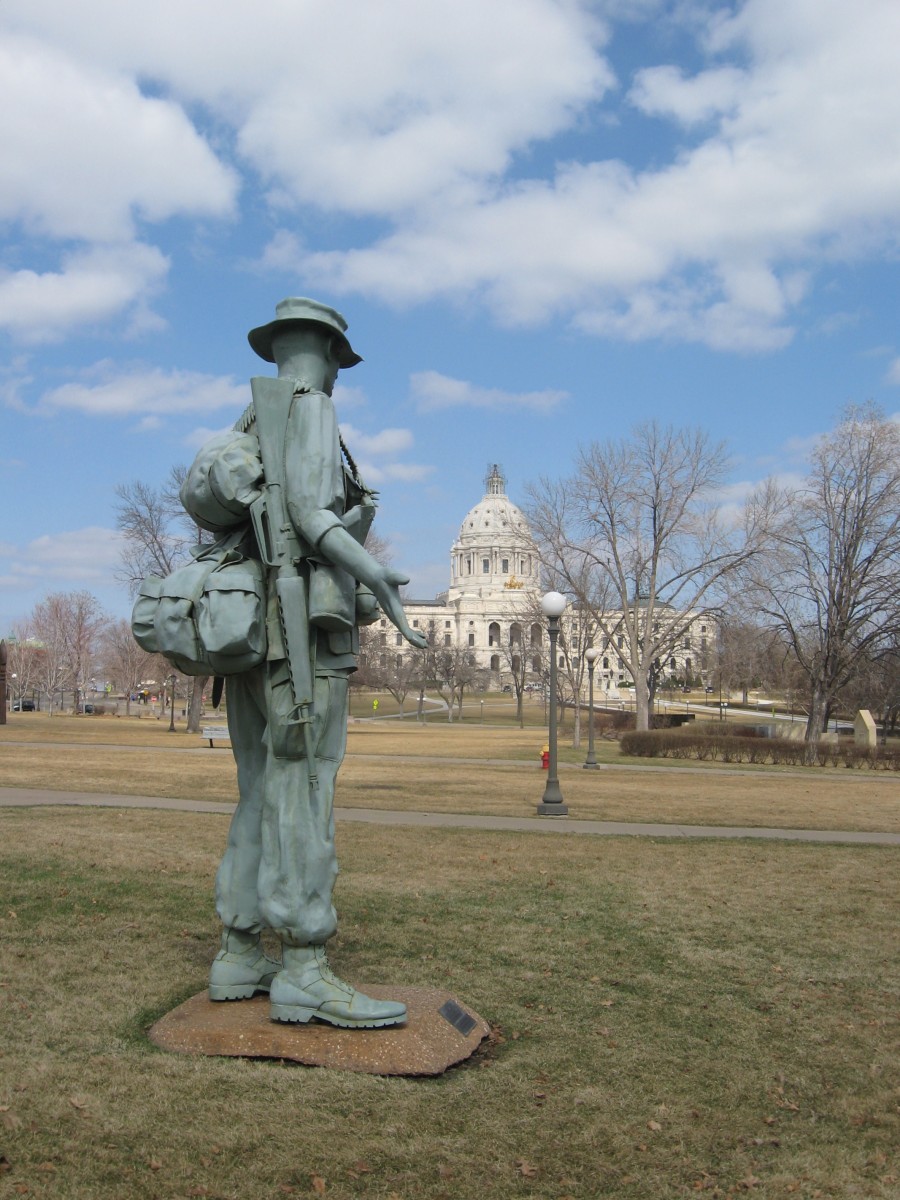 I’ve seen the sculpted work many times – in fact, I’ve photographed it. It is evocative and haunting.

But this time, for the first time, I noted the date of 1982. Later that same year, strictly by coincidence, I was in Washington D.C. the weekend the Vietnam Memorial was dedicated on the National Mall Vietnam Mem DC 1982001. I was there for a time that weekend. Seldom has there been such powerful emotion on display. I’ve been back there many times.

Between the “Why do you forget us?” sculpture and the State Capitol is the Minnesota Memorial to the Fallen remembering American war deaths in Vietnam 1962-73. I’ve been there many times as well, almost always at Veterans for Peace Memorial Day events. Sunday I looked a little closer.

I found the inscription for Army PFC Joseph Sommerhauser, killed 1968 in Vietnam. He’s the brother of my barber, himself a Vietnam vet, a Marine. Every now and then Tom and I talk about his brother. On the face of the memorial, above Josephs name, is the inscription “We were young, we have died, remember us“, Archibald MacLeish. 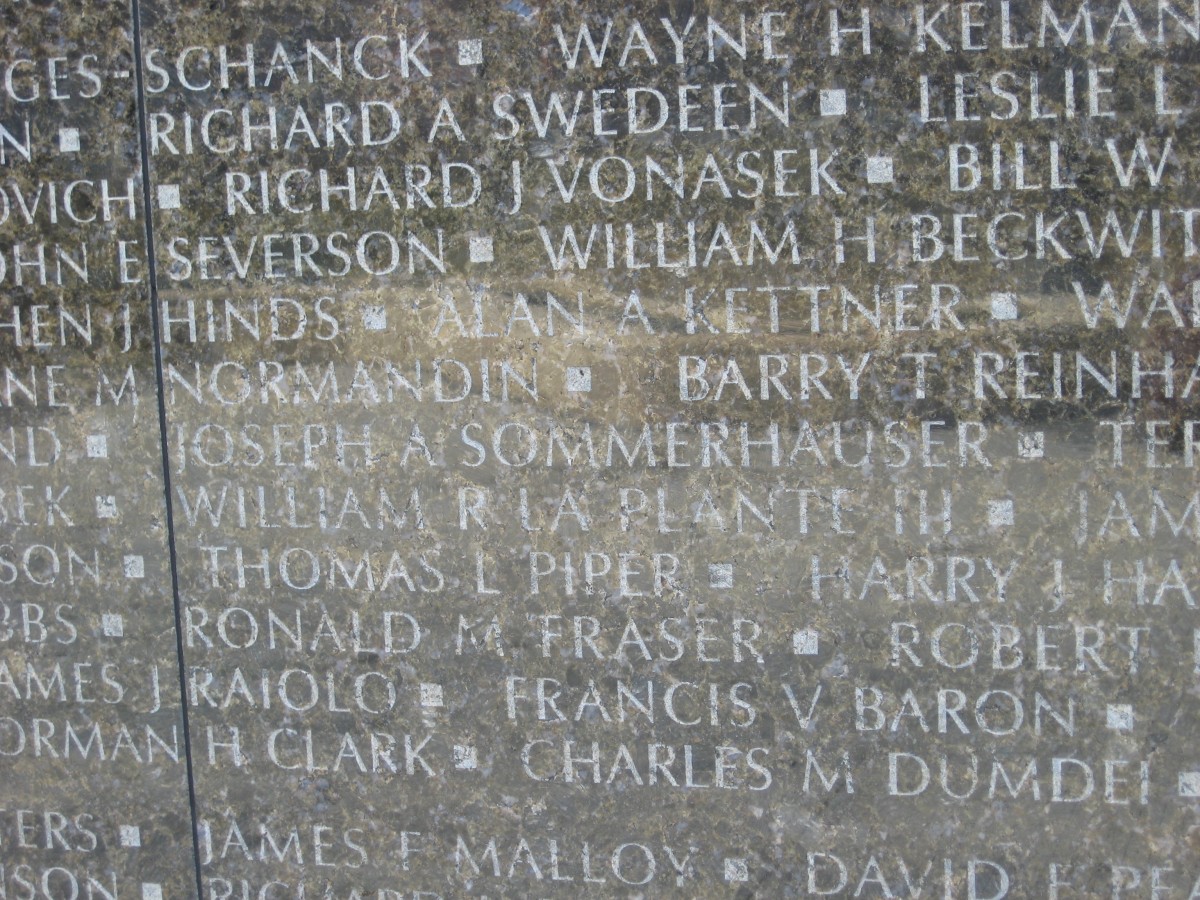 For the first time I stopped by the Directory of names on the wall, and this day I looked through it for names of casualties from towns in which I was living at the time of this deadly war. 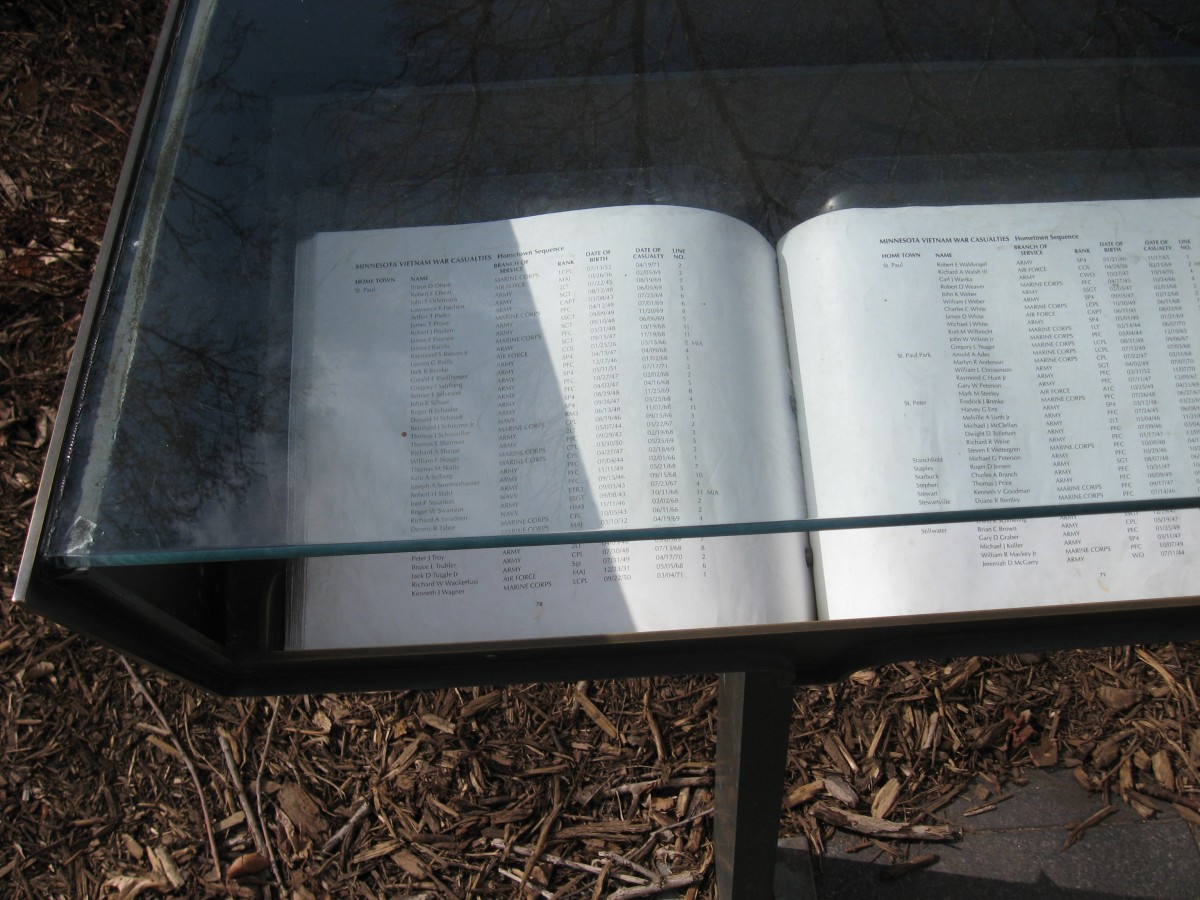 Here’s what I found:

In eleven years of the Vietnam War, only two people from towns I’d lived in were among the fallen. Even in that deadly war, few actually died in my sphere (two of my brothers are Vietnam vets…both lived.)

Of course, in those years, I believe you counted only if you died in a combat zone. Those permanently and totally disabled by war injuries, mental illness, agent orange or such are not reflected on the wall. They don’t include later homelessness, PTSD, suicide or the like. They don’t include the civilian casualties, like the 16 Afganis mowed down by an American soldier on his fourth combat tour in either Iraq or Afghanistan. Nor do they include the damage to the national sense of morality, not to mention pocketbook.

Those who died and listed on that wall are, tragically, the lucky ones.

Back in the Vets for Peace circle, there appeared to be about 20 or so hearing short talks on topics which I have doubtless heard many times before.

I drove by the VFP gathering on my way out of the area about 2:15, and had this thought which I have had more and more frequently lately: The circle, today, needs to be turned around, and the people in it need to seek out and get in conversation with the other folks who can’t see the problem with war, cuz they weren’t in it, or they don’t know anybody who died over there…. 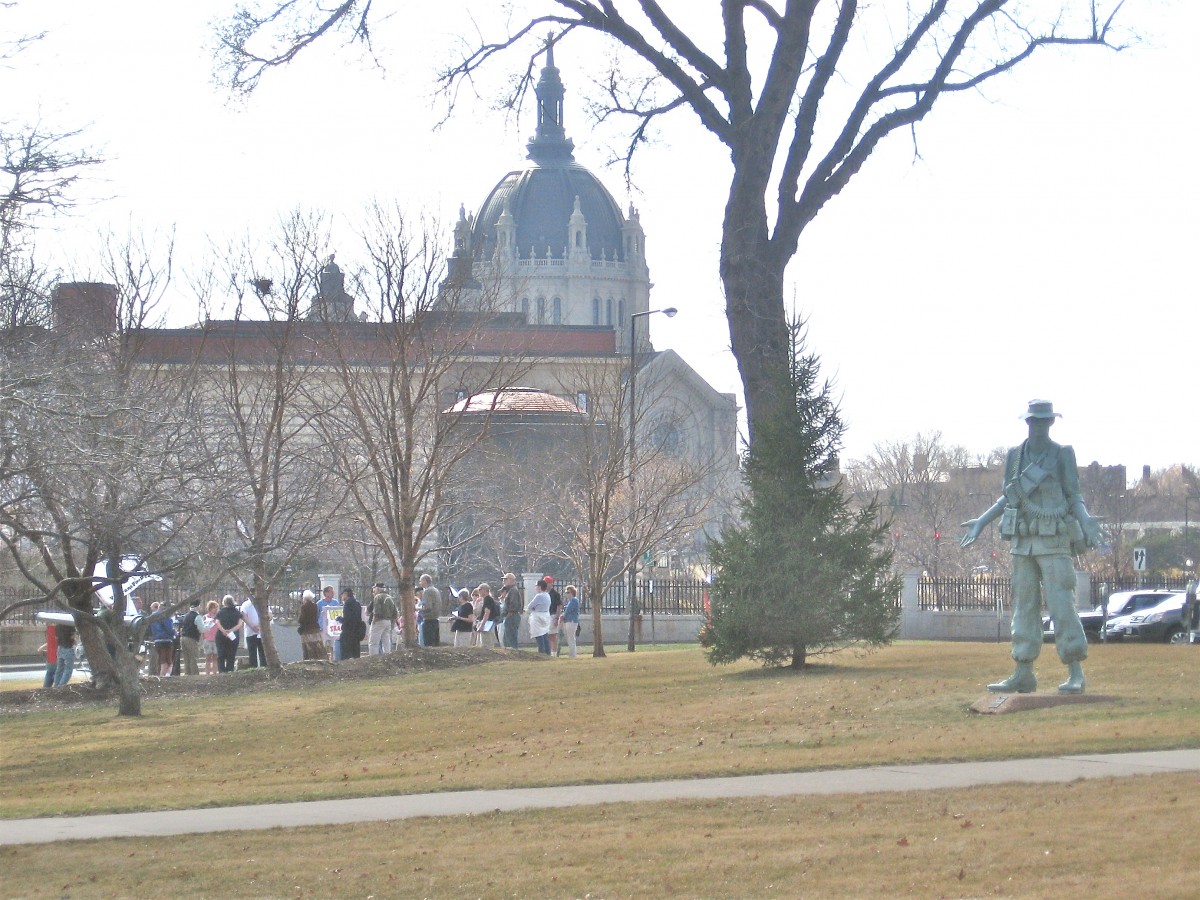 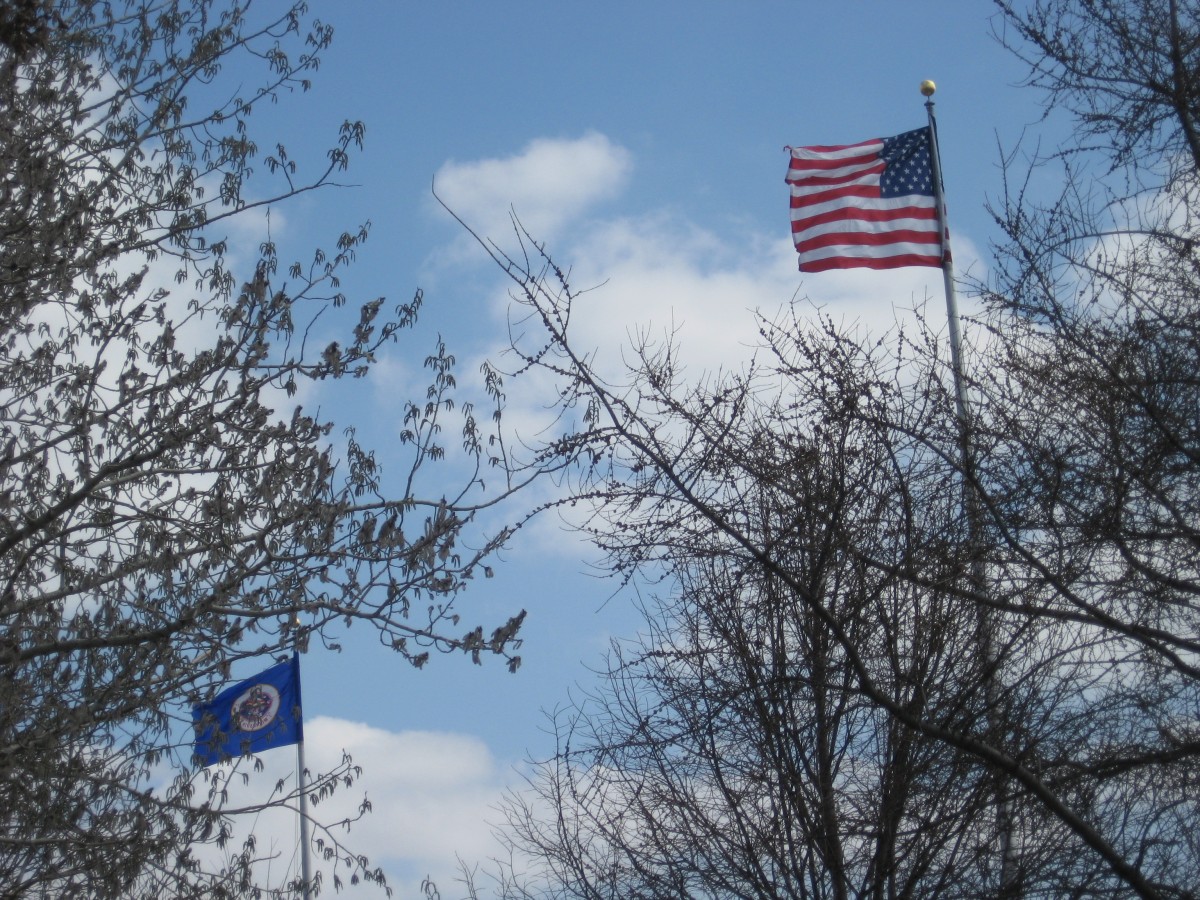 “Let there be peace on earth, and let it begin with me.”

CORRECTION: Paragraph 6 – number of people was 35, not 20, as originally stated.