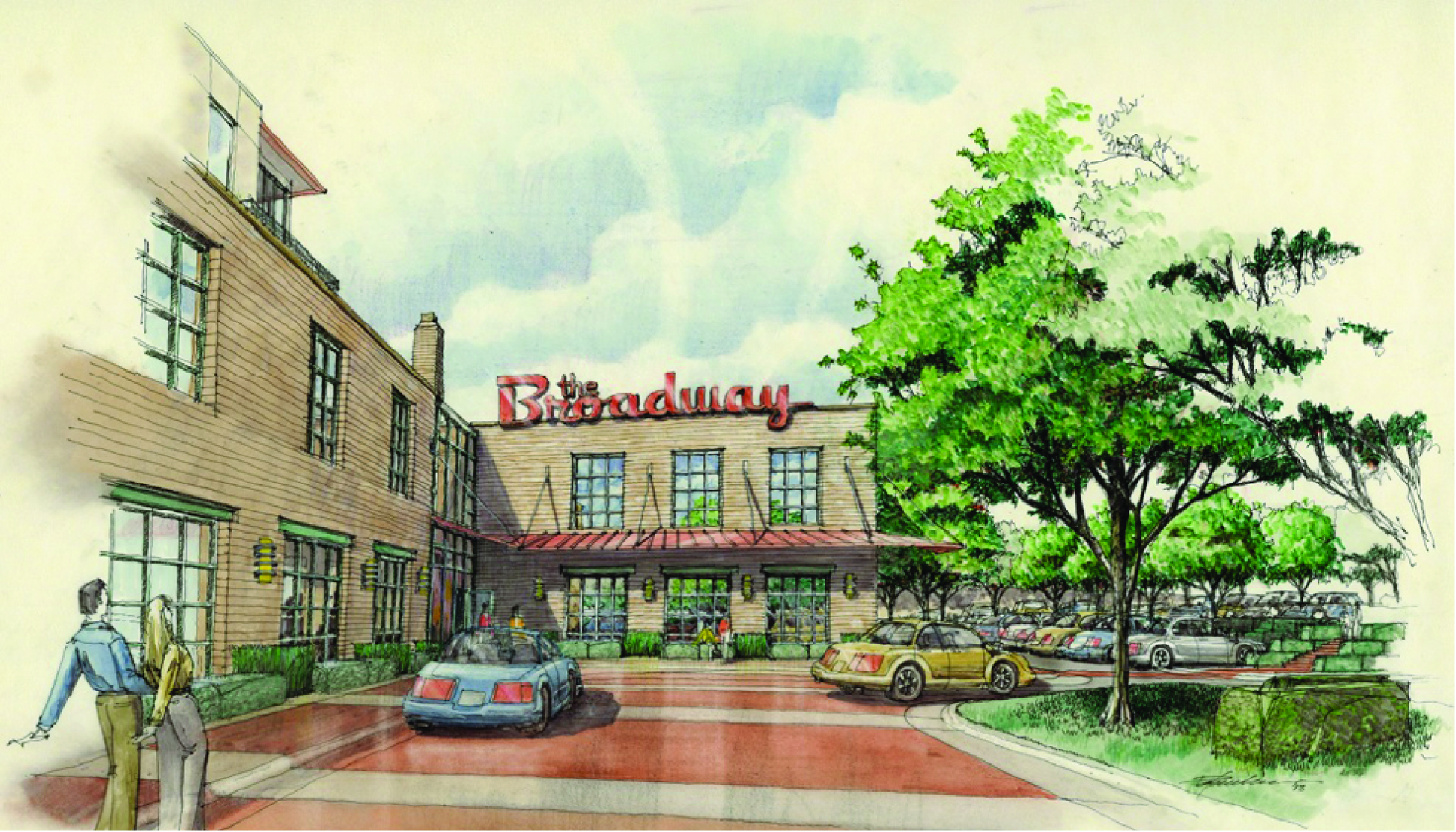 Artist renderings of the new plans for 945 Broadway St. NE, including a rain garden (below), suggest a mix of high-tech and historic. The new owner, First & First LLC, plans to renovate the existing two floors of the building in the next three to six months. Apartments above the current top story are a future possibility. First & First also renovated the building at 1400 Van Buren St. NE. (Graphics courtesy of Java Properties)

It’s a building that many in Northeast view as a landmark. But for some in the world of commercial real estate, “people don’t know it’s there.”

Peter Remes of First & First LLC, who restored the 1400 Van Buren St. NE building and several others in Minneapolis, plans to put 945 Broadway St. NE—a building that many remember as the mattress factory with the giant billboard on the roof, at Broadway and Central—back on the map.

Its new name? The Broadway.

Exterior plans call for a tree-lined parking lot, a rain garden and green space. On the inside, look for office space that will accommodate all the modern business conveniences, but retain the 18-foot ceilings, open layouts and exposed timbers it has today. 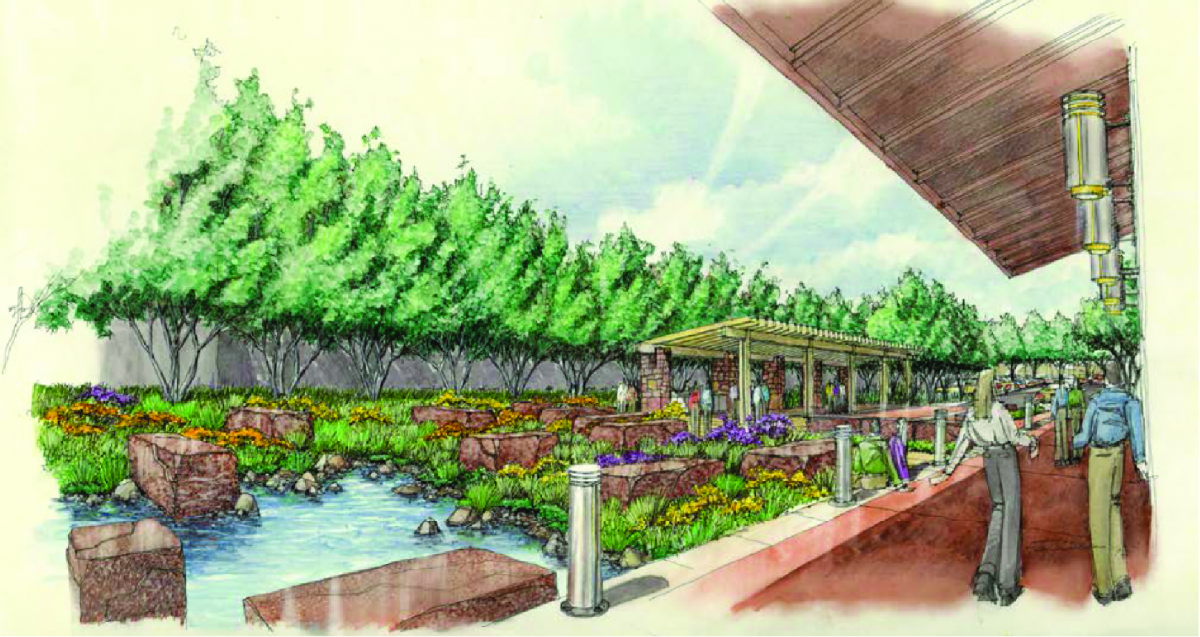 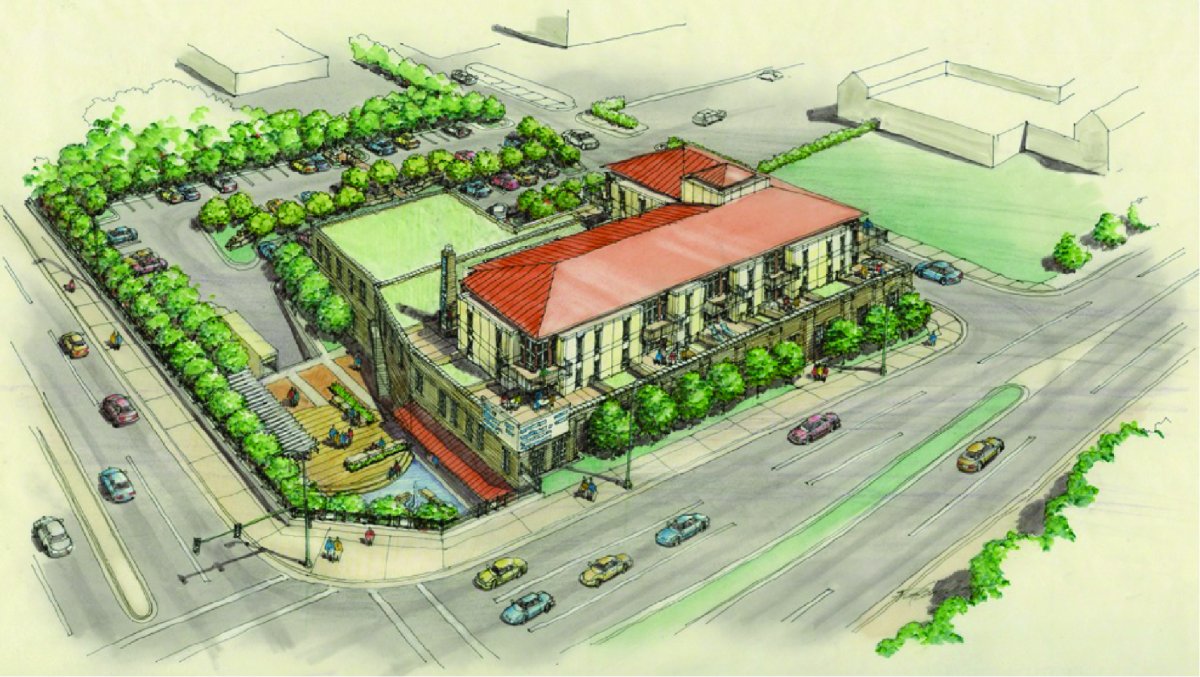 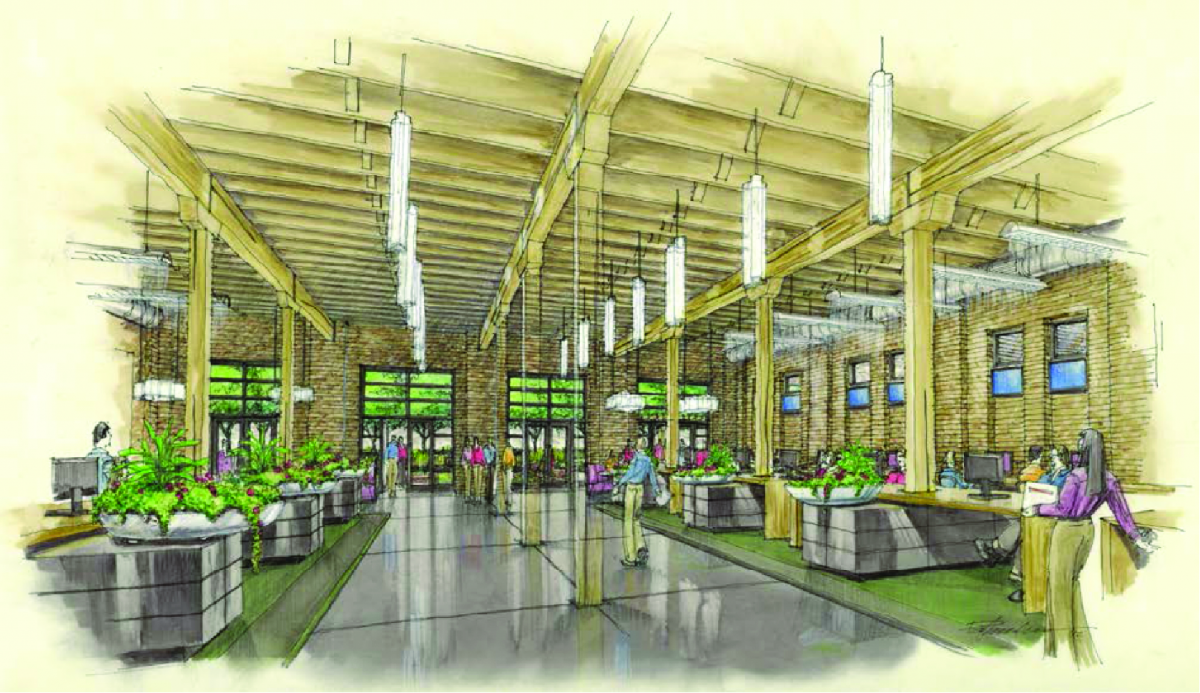 The two-story, 51,000-plus square-foot brick-and-timber 1921 warehouse building sits on about an acre and a half of land, and has recently been home to Twin City Paper Supply Co., Data Mail and numerous other businesses.

According to Chad Blihovde of Java Properties, who will be finding tenants for the renovated space, First & First took over ownership of the building Dec. 31, and long-term plans call for adding market-rate rental apartments above the existing building. That could be far in the future, though, he said.

That part is “not a done deal,” he said. “For now, the apartments are conceptual.”

In the existing building, they plan to take advantage of the high ceilings, brick walls and natural lighting, features which he said “really bring out the creativity in people.”

He said they plan to lease the renovated office space to “artists, techies…anybody with ties to that edgy, tech niche. He [Remes] loves having artistic people in his buildings.”

Blihovde said they hope to keep current tenants in their spaces, and will work with each one as leases come up for renewal. He said the building is “maybe 40 percent leased out now…I don’t know who wants to stay and who wants to go.”

He said they have already started restoring the main level. They’re sanding the floors, he said, and they’re “planning to put in some new windows, getting a lot of natural light coming in.”

“It’s probably one of the biggest and most visible buildings in Northeast, and people don’t know it’s there,” he said.

When he contacts potential tenants, he said, “people are really receptive. They say it’s great that somebody is stepping up to the plate and bringing this thing back to life.”

The plan, he said, is to make it “a beacon in Northeast Minneapolis.”

When will the first renovations be complete? “We are hoping three to six months,” he said.

The building is zoned I-2, medium industrial, which Blihovde said is a plus. “The zoning a little heavier than what we need,” he said. “We’ve got a nice zoning. Everything [in our plans] fits the requirements.”

Prospective tenants include an artists group, web developers and a micro brewery, he said.

He said that Northeast-based Matcom is the general contractor for the building renovations.