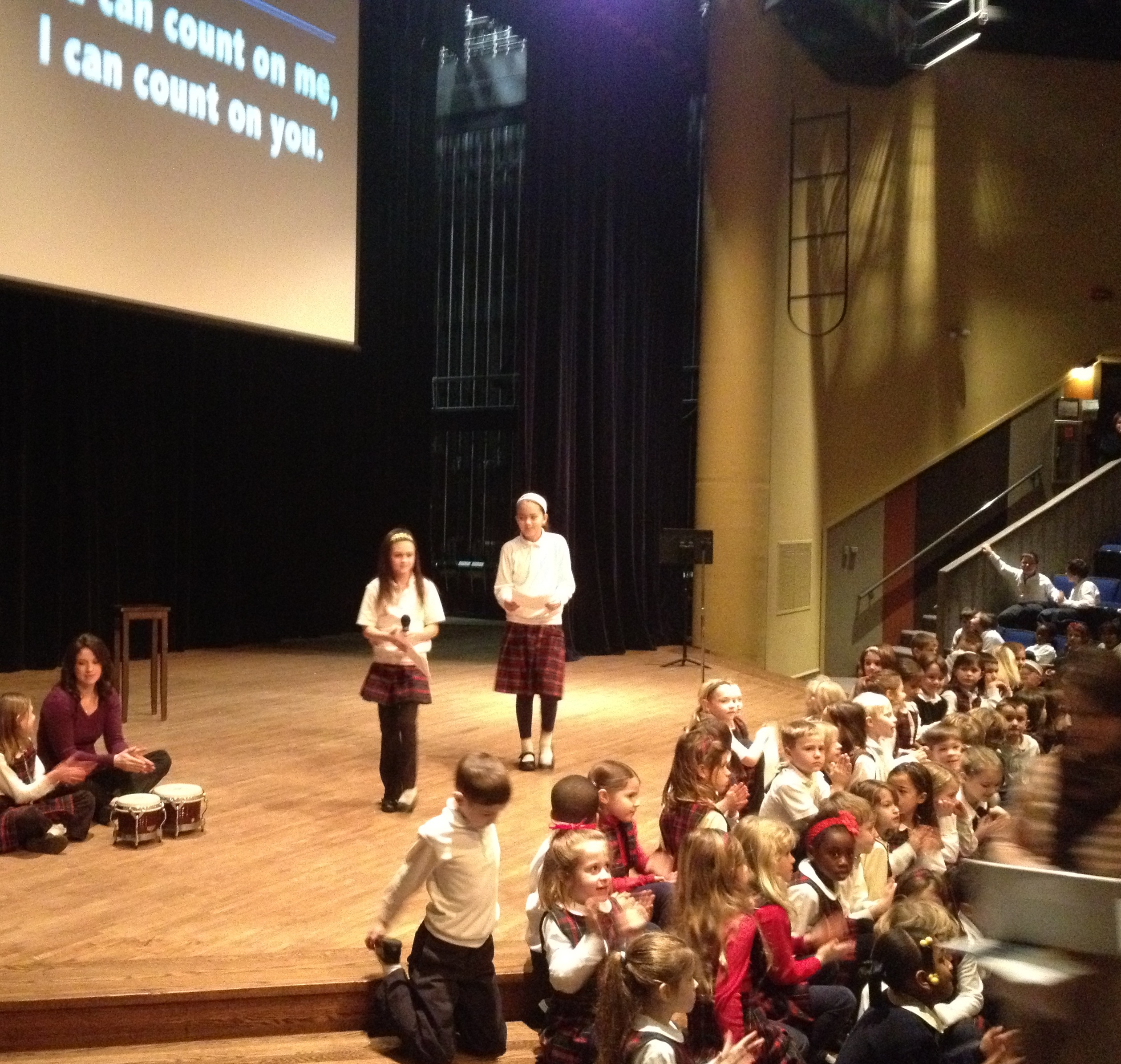 My husband and I were both born and raised Jewish. We both identify strongly with our Jewish faith. Our children attend/ed Hebrew and religious school and all four will be Bar/Bat Mitzvahed (two down, two to go). Yet for many reasons, the most prominent being that we had family members attending, we made the choice to send our children to an Episcopalian school. A school that explains in its mission statement: “Our goal as an Episcopal school is to nurture the spiritual development of each person and to welcome everyone to our community.” And for the most part, we have all found this to be true.

I truly believe that the anti-semitism which two of my children experienced at school has nothing to do with the school they attend. Anti-semitism can happen anywhere. I remember the shock I felt when my dad told me that he was called a “dirty Jew” in high school. I had not experienced anything like this until I was in the work force, attending a trade show for a public relations client. I was working my client’s booth with a salesperson, who during a conversation about sales, casually said, “Yeah, you do have to be really aware of those people who will try to Jew you down.” I stood there in silence, feeling like I had just gotten kicked in the chest and had the wind knocked out of me, and took a moment to think about how I would respond. I thought about saying nothing and just letting it blow over, but then I felt a very strong force pushing me to speak. “What do you mean by that,” I asked. “I am Jewish.” The look on this man’s face was one of shame and regret, and he quickly engaged in some frantic back-pedaling while I just stood, stared and let him attempt to squirm his way out of this very uncomfortable situation.

It is hard to explain to kids how to handle such ignorance. Like when my daughter, several years ago, came home in tears and told me how a boy had approached her at school around this time of year and announced, “Hey, it’s Hitler’s birthday today!” How do you explain to your child why someone would say something like this, let alone be connected to this type of information or feel the need to share it with anyone, especially someone Jewish? Or when she sat down at a lunch table next to a group of kids who started chanting, “Jesus, Jesus, Jesus,” making sure that she could hear. How do you explain the “why” to my son who, during the Holocaust unit in his history class, was targeted by a boy who made horrendous remarks to him including, “Why don’t you go put yourself in an oven?” There is no explanation for why people hate for the sake of hating, or discriminate for the sake of discriminating. Did they learn this at home? From the media? We won’t know. I am sure they wouldn’t tell. But hate is out there. It bubbles under the surface, and unfortunately sometimes children are the victims as well as the perpetrators.

As parents, all we can do is to teach our kids tolerance, kindness and respect, but also give them the tools to stand up for themselves and for others if they experience or witness such injustices. I grew up in a home where all were welcome. Any person, of any color or any religion were welcome at our Passover seders, Hanukah dinners, or just to visit. My kids attend a school, where, all children are welcome, and the school does make it a priority to assure that every student actually feels this way. However, unfortunately, very unfortunately, for reasons that I still don’t comprehend or have the ability to explain to my children, anti-semitism, bigotry, racism and just plain hate will surface and distribute its poison, even in environments where tolerance is taught.

We talked about the tragedy in Boston at the dinner table tonight and how sad we all felt that a child and two others died, and that so many others were injured. I thought that maybe my younger children would ask, “Why?” But they didn’t. Maybe they already understand that there is no real answer to why people hate and why people hurt others. There simply is no justifiable explanation.

Julie Burton is an experienced writer specializing in any and all aspects of parenting, relationships and finding balance. She is a contributing blogger for SheTAXI, you can find her blogs about motherhood on her website, and is a soon-to-be author of a tell-all book for mothers. She serves on the board of NCJW (National Council of Jewish Women), and is an active volunteer for JFCS (Jewish Family and Children’s Service) and Breck School in Minneapolis. She lives in Minnetonka, MN, with her husband of 20 years and her four children.