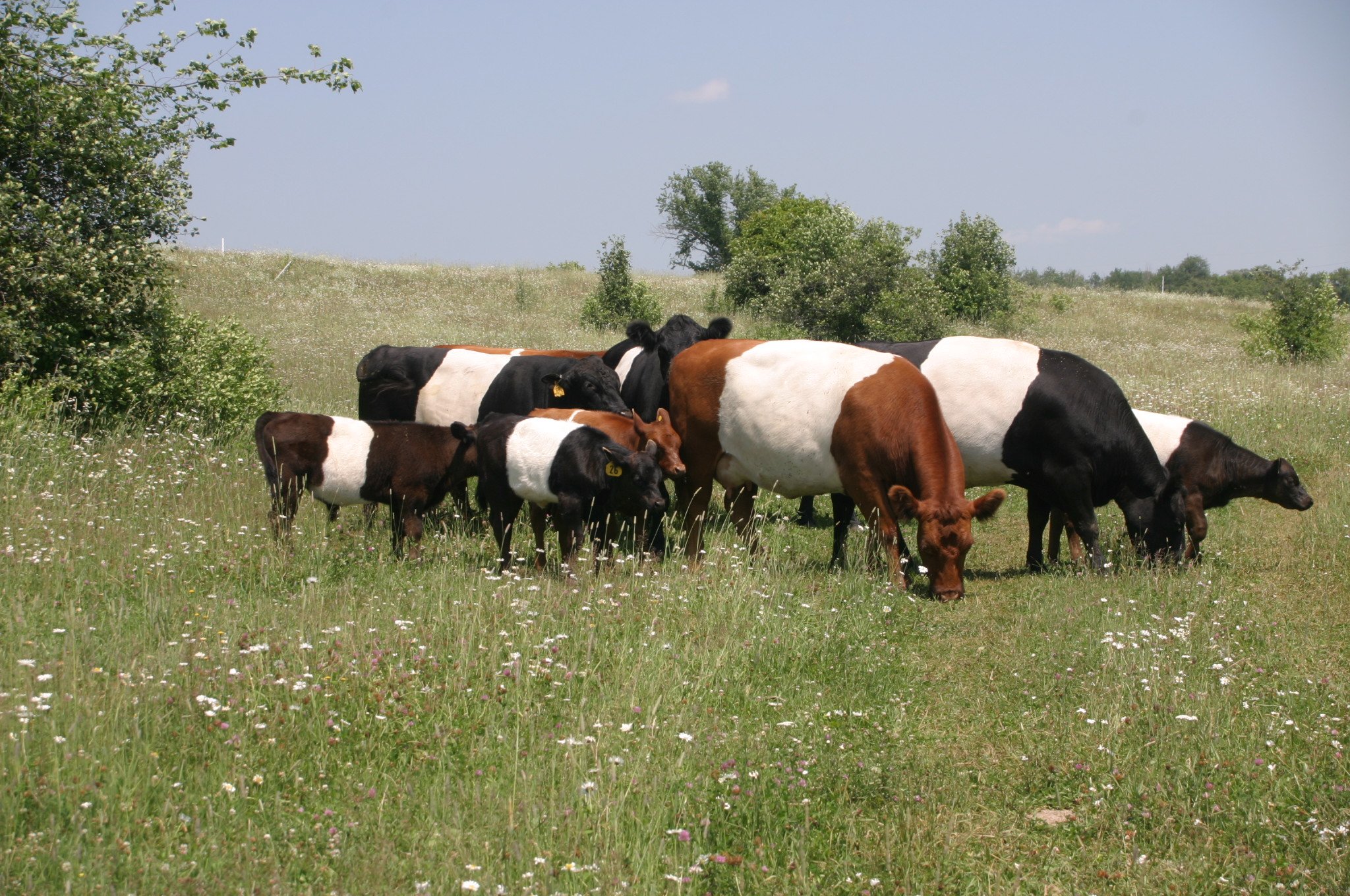 Mike was coming out to help out with a cow and needed directions to our farm, Bull Brook Keep. My husband Dave was quick to respond with “We’re on the northwest corner of 50th Avenue and County Road F.” Now, although Mike is local, the coordinates just didn’t compute, so he asked “Where are you from the place with the belted cows?”

“We are the belted cows,” said Dave.

It seems our BueLingo beef herd has earned a spot on the local map of pastures and cropped fields. And using them as a landmark for navigating the backroads is an aspect of rural culture I’m still getting used to.

Having grown up in the Bronx, I traveled by the numbers. I thought in terms of 42nd Street and Times Square – the gridwork where all streets ran east to west, and avenues north to south. So, when my husband responds my request for directions by saying “first, you go down to four corners,” I immediately begin to sweat. “When I leave the driveway do I turn left or right, and then how far do I go? Where is four corners relative to highways 46 and 63?”

“How can you not know?” Dave asks, a look of incredulity on his face. “You go five miles south of where my Dad had the old poultry barn (which was torn down years ago) and you’ll hit it.”

“But what’s the street number?” I insist.

“I don’t know,” admits Dave. “But we’ve driven there a hundred times!”

I know. I know. To be honest, my struggle with driving directions isn’t because I’ve traded subways for gravel roads. In thruth, I have absolutely no sense of compass points (a constant joke among my sisters). In defense, I’ve become a good reader of road maps – slow, but thorough. I use lots of highlighters and red ink. Even this skill, however, isn’t failsafe. I’m often reduced to a crawl when I find myself, again, at a cross-roads with absolutely no street signs.

The old poultry barn. Bob Hanson’s old house. Where the electric company had a building back in the 50’s. Left of Erin’s corner. By Kennedy Mill. Where the middle school used to be. Landmarks. Landmarks and history.

If you know country roads, and even if you don’t, I hope you’ll come out and visit our farm. We’re on the corner of 50th Avenue and Country Road F (also called 75th) in Clear Lake, Wisconsin. We’re the ones with the belted cows. They’re beautiful. You can’t miss ’em.