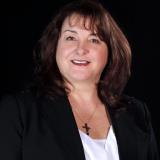 Tama Theis and Clark Johnson will likely become the newest members of the Minnesota House of Representatives after each won a special election Tuesday.

Theis (R-St. Cloud) received 54.5 percent of the vote to defeat Joanne Dorsher and Todd McKee for the District 14A seat that opened when former Rep. Steve Gottwalt (R-St. Cloud) resigned in January because of a change in full-time employment.

Johnson (DFL-North Mankato) received 53.7 percent of the vote to beat Allen Quist and Tim Gieseke to win the District 19A seat formerly held by Rep. Terry Morrow (DFL-St. Peter). Morrow resigned in December to take a job in Chicago.

The State Canvassing Board is scheduled to certify the results at 1:30 p.m. Thursday.

A date for their swearing in has yet to be announced.

With the results, the DFL holds a 73-61 advantage in the House.