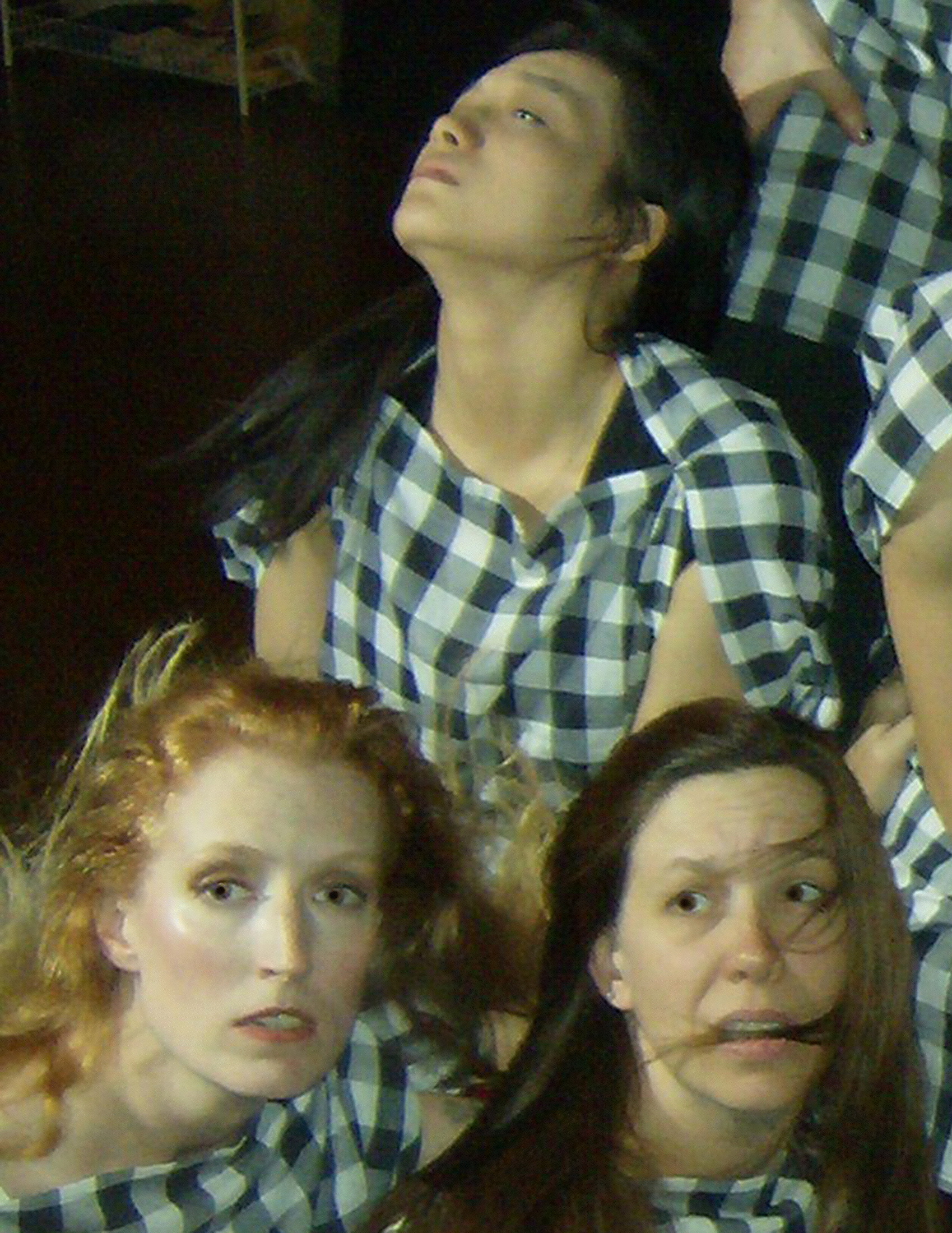 Last weekend Green T Productions opened its production of Euripides’ anti-war play Trojan Women at the Old Arizona Theater. The production is an ambitious effort on the part of director Kathy Welch to blend the classic Greek play with the theatrical dance and chant elements of Joko Sutison’s Sumunar Indonesian music and dance. First disclosing that I have a family member in the production, I found the end result to be a compelling and disturbing portrait of the suffering imposed upon the innocents of war.

Green T Productions’s mission states, “Theatre reflects the culture in which it arises” and “provides opportunity to learn about and to diversity culture” by producing “plays that explore culture, history and philosophy through theatre, dance and music.”  Trojan Women rings true to this mission statement in its mixing of Greek tragedy with Asian chants and dance.

The production emphasizes the communal aspect of suffering during and after war. All of the Trojan survivors suffer at the hands of their Greek conquerors. Hector’s innocent infant son is flung from the walls of Troy to his death and his mother is forced to do nothing or else be denied the right of burial for the infant. Hecuba, the Queen of Troy, must endure the murder of a daughter and grandson, the defiling of her fragile and prophetic daughter Cassandra, and reconcile herself to spending the remainder of her days as a slave. But each principal repeatedly retreats into the chorus, serving to repeatedly underscore that what is happening is happening to all rather than just one.

Director Kathy Welch, who also runs the Old Gem Theatre in Richmond, Wis., explained that the production was the culmination of eight months of preparation. The process began in February with Spring Workshops in which participants concentrated on learning chants and movements influenced by kecek—a form of Balinese dance and music drama—originated in the 1930s. Welch studied under I Wayan Dibia when she was in a kecak chorus in the 1990s, and she shared her knowledge with a dozen actors during the workshop in Minnesota. Joko Sutrisno, Director of Sumunar Indonesian Music and Dance, conducted a workshop for the group on chanting patterns and movement and their end result was presented at a May fundraiser.

Phase two of the production started when Welch held auditions in June of this year. Many of the actors from the workshop were cast as well as nine new actors, including my husband Daniel Reiva. Daniel was intrigued about the use of kecak movement and chant being incorporated into a ritualistic Greek classic. The group held short workshops to prepare for a promotional flash mob which the group staged in Rarig Center during the Fringe Festival.

The third phase of the production started with rehearsals this fall. The group used kecak as inspiration to create physical and vocal effects to tell the play’s story. For rehearsals, Welch split the cast into three layers: the principals, workshop chorus and chorus leads. The principals met four to five times a week to practice their scenes as well as learn the chorus parts. The chorus members, who had been in the spring workshops, met two times a week with the leads and Welch. The remainder of the chorus met once a week. This tiered system helped make the rehearsal process efficient, but also allowed for experimentation in the smaller groups. Just before the show opened, Joko Sutrisno returned to brush everyone up on the chanting technique.

The production runs through Saturday, Oct. 16.