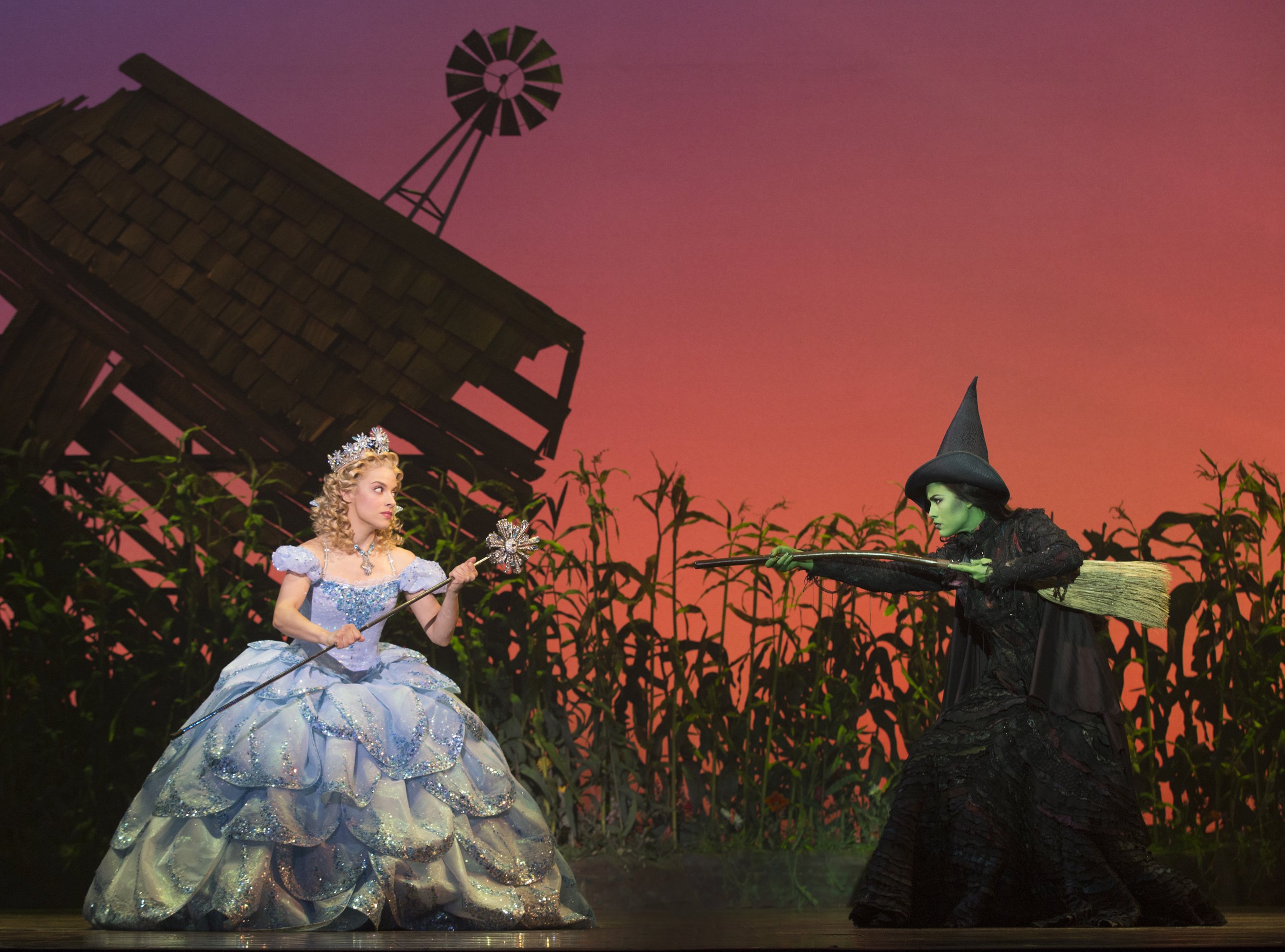 There’s something to be said about the vast popularity of Wicked, being that The Wizard of Oz is one of the most parodied stories of our time. Oz the Great and Powerful (2013) starring James Franco is a recent example of a failed attempt to reap the benefits of a story with established success. Wicked has taken on a life of its own, though, and has dominated that sect of the “what really happened in The Wizard of Oz” take. Opening night on Thursday, September 19 at the Orpheum Theatre proved that team Elphaba has the potential to go as strong as its team-Dorothy counterpart (although the two aren’t necessarily mutually exclusive).

Wicked the musical (2003) rips its genius straight from the pages of Gregory McGuire’s novel Wicked: The Life and Times of the Wicked Witch of the West (1995), a revised look at the classic 1939 film. We learn the other side of the story, in which we see The Wicked Witch of the West as Elphaba (Alison Luff), the “beautifully tragic” student who stands up for her beliefs even if it’s not the popular one.  Because of her green-colored skin, she’s automatically outcasted both by her father and her fellow classmates, who instead favor the “tragically beautiful” sister Nessarose (Jaime Rosenstein) and the blonde-haired winsome Galinda (that’s right, Galinda with a “guh”) (Jenn Gambatese) respectively. Elphaba and Galinda are paired as roommates—a travesty of justice of course, for Galinda, who’s used to getting her way. Despite their differences, the two become friends.  Madame Morrible (Kim Zimmer) also notices Elphaba upon her arrival at Shiz University, not for her skin color but for her magical ability (in which she was raised to always oppress … Harry Potter, anyone?). Elphaba is eventually invited to the Emerald City to meet the wizard, what she’s “waited for since birth.” The wizard turns out to not be what Elphaba had been expecting, and from there is the story diverges from the well-known one of Oz with its many twists, turns and puns.

McGuire’s political and social commentary he instills, while told in a fictional setting, rings true in the world we live in and our collective history of inequality and racism. Wicked is more like a paraphrase of the novel, and a lighter one at that. There’s some heavy, non-kid-friendly material that makes up Wicked. That’s not to say that it’s not something kids should see (there are important lessons to be learned from Wicked, much like Harry Potter once again), but it’s actually not easy to see in the play. But there are many Disney-like moments that overshadow the hard-hitting content.  The treatment of animals, like the goat teacher Doctor Dillamond (Jud Williford) who’s banned from teaching because he is an animal, echoes the treatment of Jewish people before the Holocaust. He’s later seen locked up, on all fours, and not able to speak because the Ozians have taken that from them because they are of the belief that “animals should be seen but not heard.” It’s a fleeting and troublesome scene, and even more troublesome because we never revisit the topic.

In terms of a production, Wicked is astonishing. The set design, choreography and of course the music is nothing short of impressive. This is my second time seeing Wicked, and I remember being blown away and excited with the twists and secrets revealed to me that first time through. There’s a certain degree of instant gratification that I left with that first time that left me totally satisfied. This second time lacked the shock value and left me wanting something more content-wise. There’s a lot to like about Wicked, but there’s still more there than what meets the eye—you just have to pay attention.