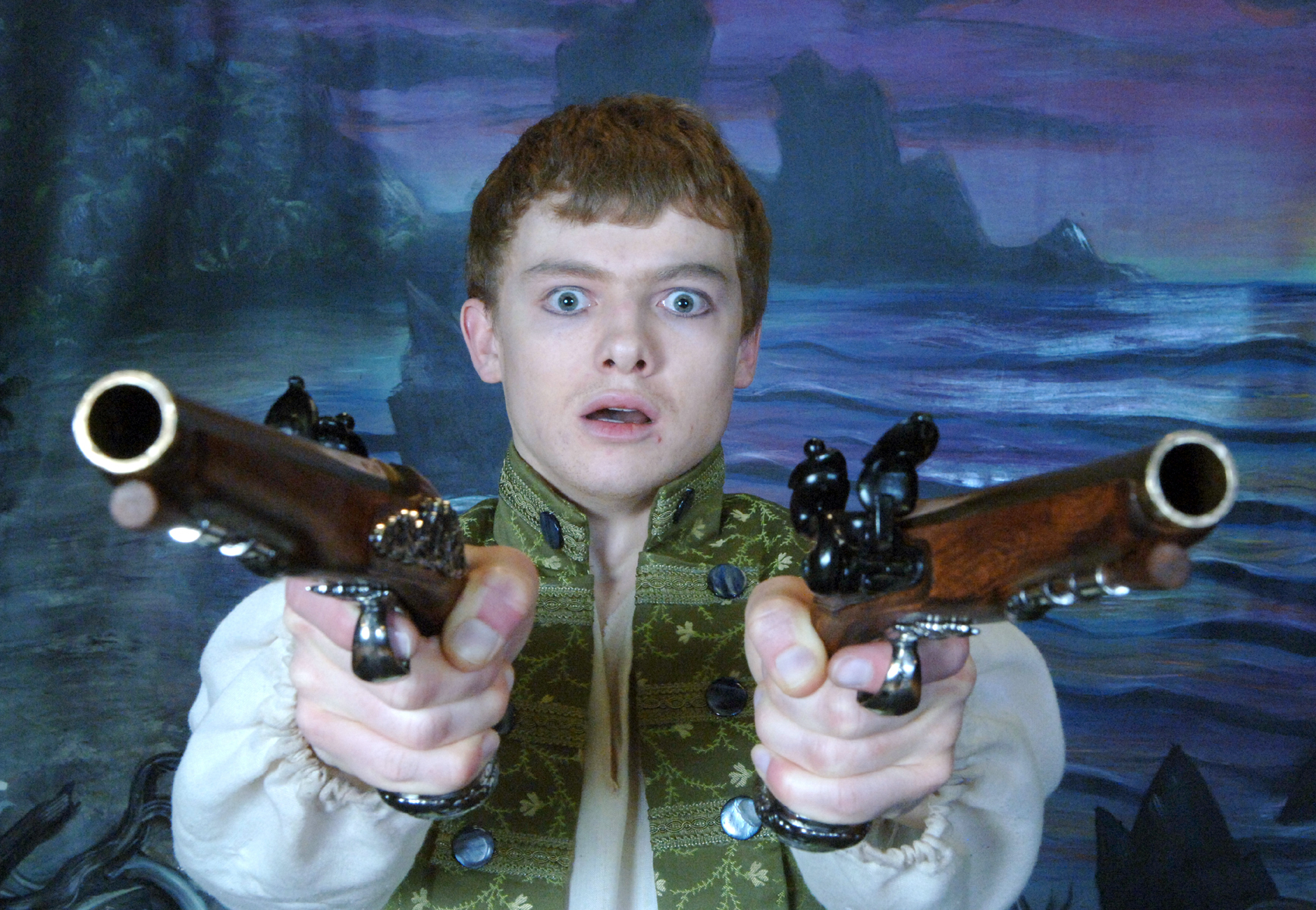 Jason Paul Andrews in Treasure Island. Photo © Act One, Too, Ltd., courtesy Theatre in the Round.

Should you choose to see Theatre in the Round’s production of Treasure Island, your evening may go something like this: an usher takes you to your seat, walking you across the treasure map painted on the stage, and the first thing you notice is the smell of wood and smoke. When you take your seat, you realize you never left the set at all, because rigging and seagulls and pirate paraphernalia adorn the walls around you. Then the lights come down, the waves roll, and the story begins. You join Billy Bones in singing “Dead Man’s Chest” in spite of yourself. Soon Jim and the pirates are dashing through the aisles beside you and perching in the balconies above you, and you wonder for a split second if you remembered to feed the cat before going in search of buried treasure.

The audience doesn’t get caught up in the play because of its realism, but because of its imagination. A set composed of primarily pallets, barrels, and a translucent sheet becomes an ocean, an inn, a ship and a pier. The play is in constant motion and no space is left unused. The actors create many sound and visual effects right on stage, and move set pieces without stopping the action. Most of the actors play more than one character, and the changes in costume and accent are brilliantly done.

The show has flaws. The sound effects drown out the actors’ voices at times, some of the jokes fall flat, and the two-and-a-half-hour run time causes a bit of drag by the second act. But these complaints seem trivial when one considers what director Noah Bremer and his crew have accomplished: an enormous production based on a dense book that keeps the audience engaged, stays buoyant with energy, and above all, fits on a tiny stage.

Treasure Island presents the viewer with many paradoxes: a pirate who is a scoundrel and a good man; a boy who wants to have adventures and care for his widowed mother; a sailor who was spared from murder but condemned to a solitary life on a deserted island. But the greatest paradox of all is a show that is both expansive and intimate all at once.

Read Daily Planet reviews of recent Theatre in the Round shows: Rabbit Hole (reviewed by Matthew A. Everett); Summer and Smoke (reviewed by Jay Gabler); Round and Round the Garden (reviewed by Dwight Hobbes).