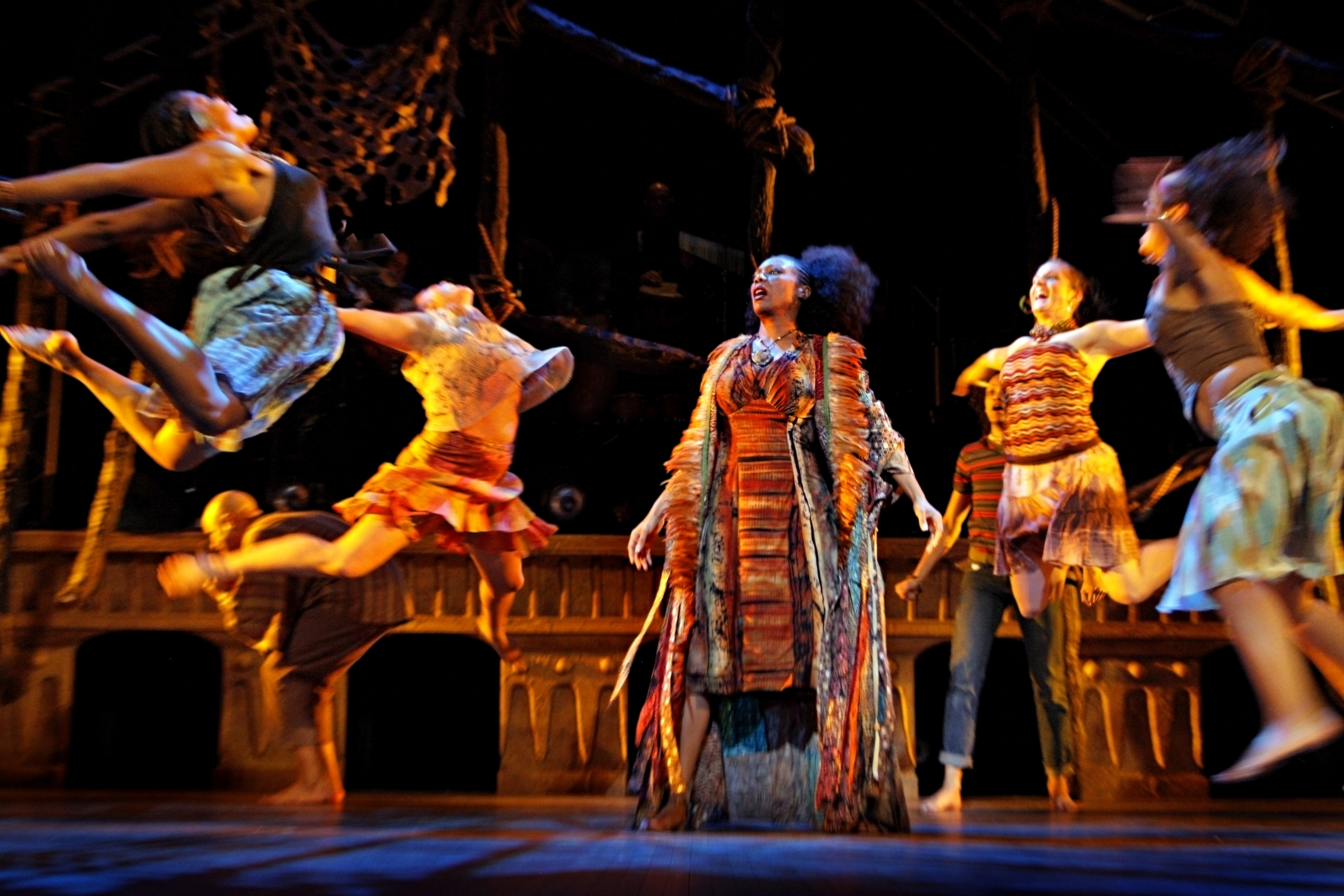 Let me begin by saying that I’ve never been disappointed with a Theater Latté Da production (The 25th Annual Putnam County Spelling Bee and Spring Awakening), and January 5th’s performance of Elton John and Tim Rice’s Aida was no exception—not in the slightest. Now in a partnership with Hennepin Theatre Trust for their Broadway Re-Imagined collaboration, Theater Latté Da is proving what exactly they’re capable of (and to a large extent has already proved to most; they won an Ivey award for their 2012 production of Spring Awakening).

Aida first premiered on Broadway in 2000 as a Walt Disney production with music by Elton John and lyrics by Tim Rice. The story of Aida existed before Disney though (a children’s story and opera), but the plot does indeed scream Disney. Radames (Jared Oxborough), the captain of the ancient Egyptian army, and Aida (Austene Van), recent captor of the Egyptians and princess of the Nubian people (unbeknownst to Radames), fall, unlikely, in love with each other. Bruno Mars lookalike Mareb (Nathan Barlow) is the first to recognize Aida as the princess and rallies her to be the leader the Nubian captives need. The relationship between Radames and Aida is more complicated than just being on different sides of the war—Radames is set to marry Amneris (Cat Brindisi), the Pharoah’s daughter, and Aida is her servant turned friend. Set in the backdrop of ancient Egypt, you can imagine it doesn’t end well for the Radames and Aida. But despite the tragedy, the show ends on a hopeful note.

With slavery at the core of the storyline, Aida comes at a relevant time with movies like Django Unchained and Lincoln on the mind and mouths of people. Moreover, director Peter Rothstein does a beautiful job with the overall look and feel of the show. Halfway through the first act, there’s a Cirque du Soleil-esque performance that captivated the audience. The amazing gymnastic feat is a microcosm of what I think Theater Latté Da does and continues to do in their productions, and exactly the reason they’re taking hold of Twin Cities musical theater. And with their new relationship with Hennepin Theater Trust, I can’t wait to see what’s next.