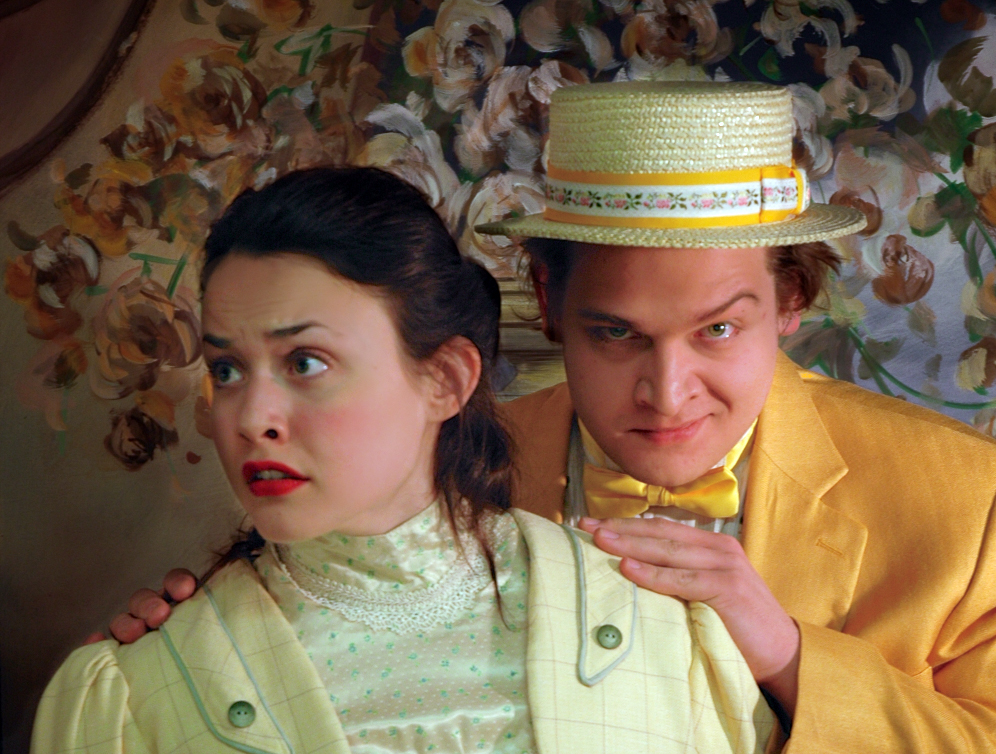 A delightfully campy, if somewhat convoluted, melodrama can be seen this summer at the Minnesota Centennial Showboat. Annually, the University of Minnesota recreates melodramas from the previous two centuries where the audience is expected to cheer the heroes and boo the villains. Peter Moore directs an energetic cast of University students in this year’s production of Sweet Revenge, which was written by Lillian Motimer and originally premiered in 1905.

As with shows of previous years, the best part is the musical olios: comic interludes of songs unrelated to the melodrama. Under Vern Sutton’s direction and with Jonathan Singer’s wonderful costumes, the production provides a bounty of entertaining interludes. My favorite is “Dueling Divas” with the women performers belting out tunes; it could easily go on for another ten minutes to the audience’s delight. Also, the rousing patriot tribute of George M. Cohan songs, “American Patriotic Finale,” proves a spectacular ending for the evening.

The melodrama itself has great fun with the improbable plot turns coming to a happy resolution at a very fast pace. The primary villain is John Livingstone, played by Joseph Pyffereon, a very entertaining actor who also played in last year’s Showboat production. Livingstone is a bank robber and house burglar by trade who likes to take advantage of sweet young girls. He is also easily the play’s most intelligent character but he uses his brainpower for evil. His cohort in crime is Mother Tagger, played by Laura D. Hickey.

Livingstone wants to marry Rose Day, played by Rebecca Wilson, who is already secretly married to Ralph Carlton, played by Christian Boomgaarden. Ralph used to be a criminal associate of Livingstone but he is trying to go straight despite Livingstone’s blackmail. Then enters Bunco, a strong-willed orphan girl, played with much spunk by Maeve Moyihan.  Bunco has taken on the task of protecting Bess Sinclair, a sweet young shopgirl who was done wrong by Livingstone and who always seems to be hungry. Allie Babich plays the long-suffering Bess. Jake Jordan plays a blackmailer turned good guy who befriends Bunco and Bess. The cast is rounded out by David Nando, Nike Kadri, and Kevin Gotch in supporting roles.

Suspend disbelief over how the heroes and victims seem to be incredibly dim, relax and have a great evening of fun on the river. As I noted last year, I recommend arriving when the Showboat opens an hour before show time so that you can purchase drinks and sit at the outside tables on the second level and “drink in” the fantastic St. Paul skyline.