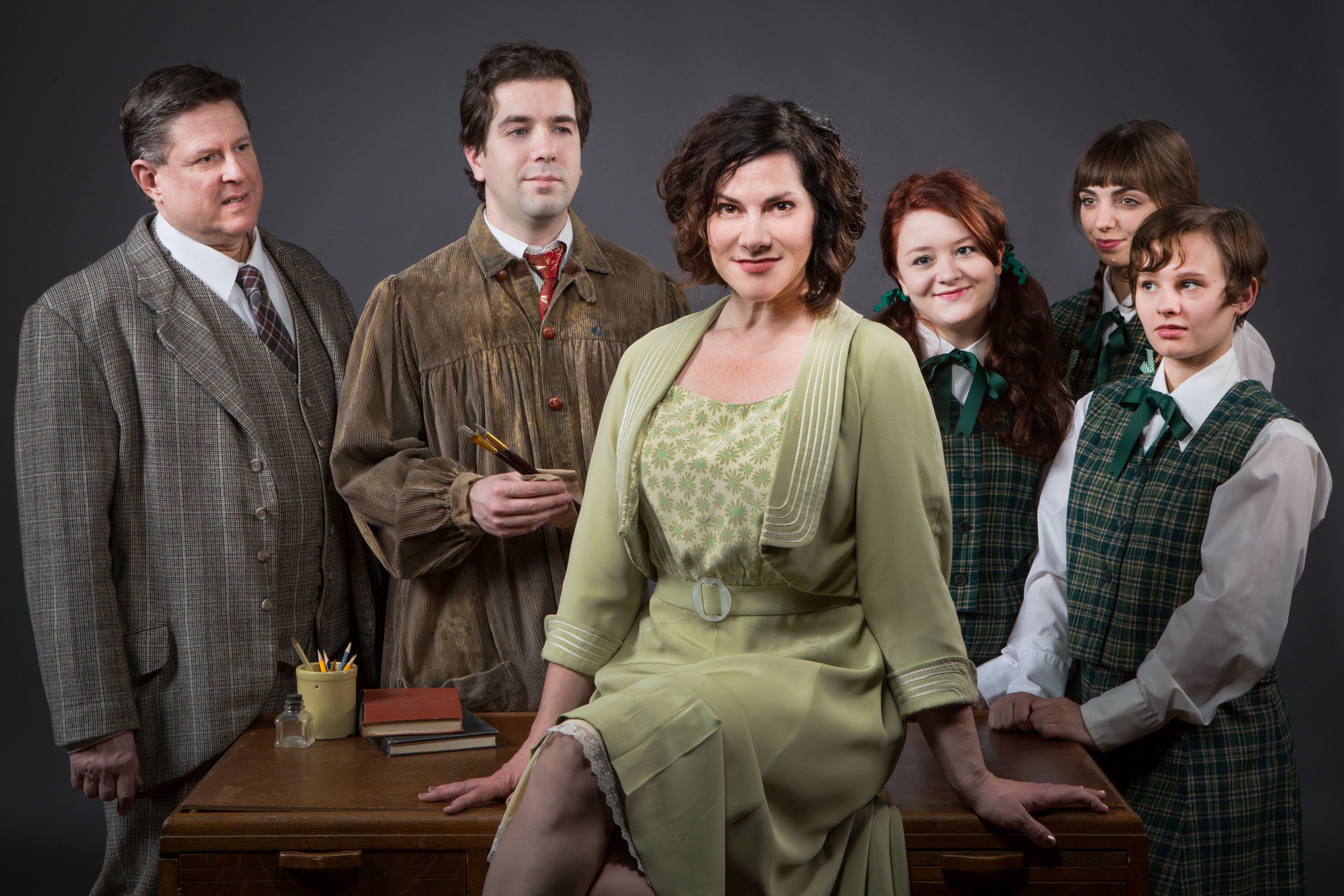 Theatre in the Round’s staging of Jay Presson Allen’s play The Prime of Miss Jean Brodie is a rare treat. Dann Peterson directs a well-paced production with some excellent performances.

Allen’s play is based upon Muriel Spark’s novel with the same title. The story revolves around a Scottish school teacher in the 1930s named Jean Brodie. Brodie is a charismatic woman who lives in an idealized romantic world where she admires the fascist leaders of the era: Hitler, Mussolini, and Franco. She challenges the traditional social mores of the time by choosing not to marry while engaging in sexual relationships with two different men who teach at her school. She is, as she often says, in her “prime” and she has dedicated herself to cultivating a group of select students to share both her romantic fantasies and political dogma. She frequently tells her students: “Give me a girl at an impressionable age and she is mine for life.” Brodie proceeds to manipulate her students’ lives to carry out her idealized roles of lover, spy and revolutionary. She is so wrapped up in her own fantasies that she does not even feel remorse when her manipulations result in the fruitless death of one of her select students. When Sandy, one of her select “Brodie girls,” realizes her teacher’s folly, she serves as the catalyst for Brodie’s ruin. But even Sandy eventually realizes that her life choices were due to Brodie’s hold on her.

In a remarkable performance, Anna Olson as Brodie imparts the charm that attracted lovers and captivated students. She plays Brodie as a strong teacher who at times can be seen as a revolutionary force rebelling against the double standard imposed on women. This quality is most outstanding when Brodie stands up for her rights when Miss Mackay, the school’s headmistress, demands her resignation after finding a school girl’s letter regarding Brodie’s romantic tryst with the music teacher. Despite Brodie’s charisma and boldness, her manipulation of her students gives her a sinister unsympathetic edge. Yet, even when the audience can recognize all of Brodie’s sins, Olson’s portrayal of Brodie’s vulnerability still invokes sympathy.

McKinnley Aitchison as Sandy gives a complicated performance as the only one of Brodie’s students who recognizes Brodie’s faults and yet, still can’t free herself from Brodie’s influence. Her final confrontation with Brodie is a highlight of the production.

Other notable performances include Mary Kay Fortier Spalding as the school headmistress. Spalding’s presence makes the headmistress a worthy opponent for Brodie. Emanuel Ardeleanu manages to play a charming former lover despite the creepiness of his character who gets involved with teenage students. Tynelle Marschall gives a touching performance as the speech impaired “Brodie girl” whose devotion to Brodie leads to her demise.

John A. Woskoff’s uses the space to design a creative set. He provides an artist loft in the upper stage, a school classroom on half of the center stage and an open area for other scenes. The set design works well in providing for smooth movements and transitions between the scenes.

Although today the subject matter of the play is not as shocking as it must have been in the 1960s, it is still a disturbing portrait of how evil can be packaged as revolutionary fervor and charisma. This study of fascism makes for an engrossing evening of theater.