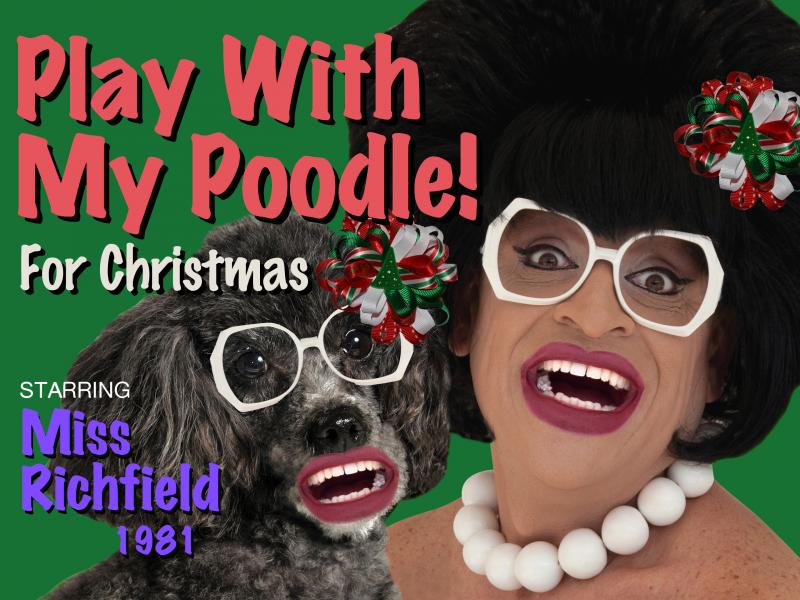 The Illusion Theater celebrates its 40th anniversary this year, collecting a pair of Lifetime Achievement awards at the Iveys and ringing in a number of other notable honors and accomplishments. One of the organization’s other milestones this year is the 15th anniversary of Miss Richfield 1981’s holiday show, now one of the Twin Cities’ own venerable holiday entertainment traditions.

Miss Richfield is the creation of Russ King, the creator, writer, and singer-actor behind this one-woman drag show. King, an area native, has long-since taken the character on the road, with performances as Miss R across the country and sold-out annual runs in Provincetown, Massachusetts. Devoted fans track her adventures across the country, collect after-show pictures, and drag friends and co-workers to shows year after year to check up on Miss R’s ongoing quest for love.

This is a semi-scripted show: although some elements such as holiday slideshows and videos are set in advance, many of the funniest parts come from the audience-interactive components laced throughout the evening. There is no fourth wall; from the onset, Miss R wanders the audience, tugging members into the spotlight and onstage for humorous interrogations, dating competitions, and more. Since so much of the show evolves from these improvised and interactive components, every evening is different, and this dynamic quality leads many audience members come back several times in a run with different friends and family members. (The bar also runs during the show, with patrons sometimes ducking out for some liquid courage before making a play for being tapped for some onstage escapades.

One of the features of the evening is the set of sing-alongs in the second half, where things take a distinct holiday thrust. The song lyrics are funny, often demented, and gain extra humor from people stopping halfway through as they realize an entendre that they’ve just sung. While these might not be songs that you take home and sing to grandma, there were plenty of grandmothers in the audience singing along with gusto. “Play with my poodle” will never mean the same thing again.