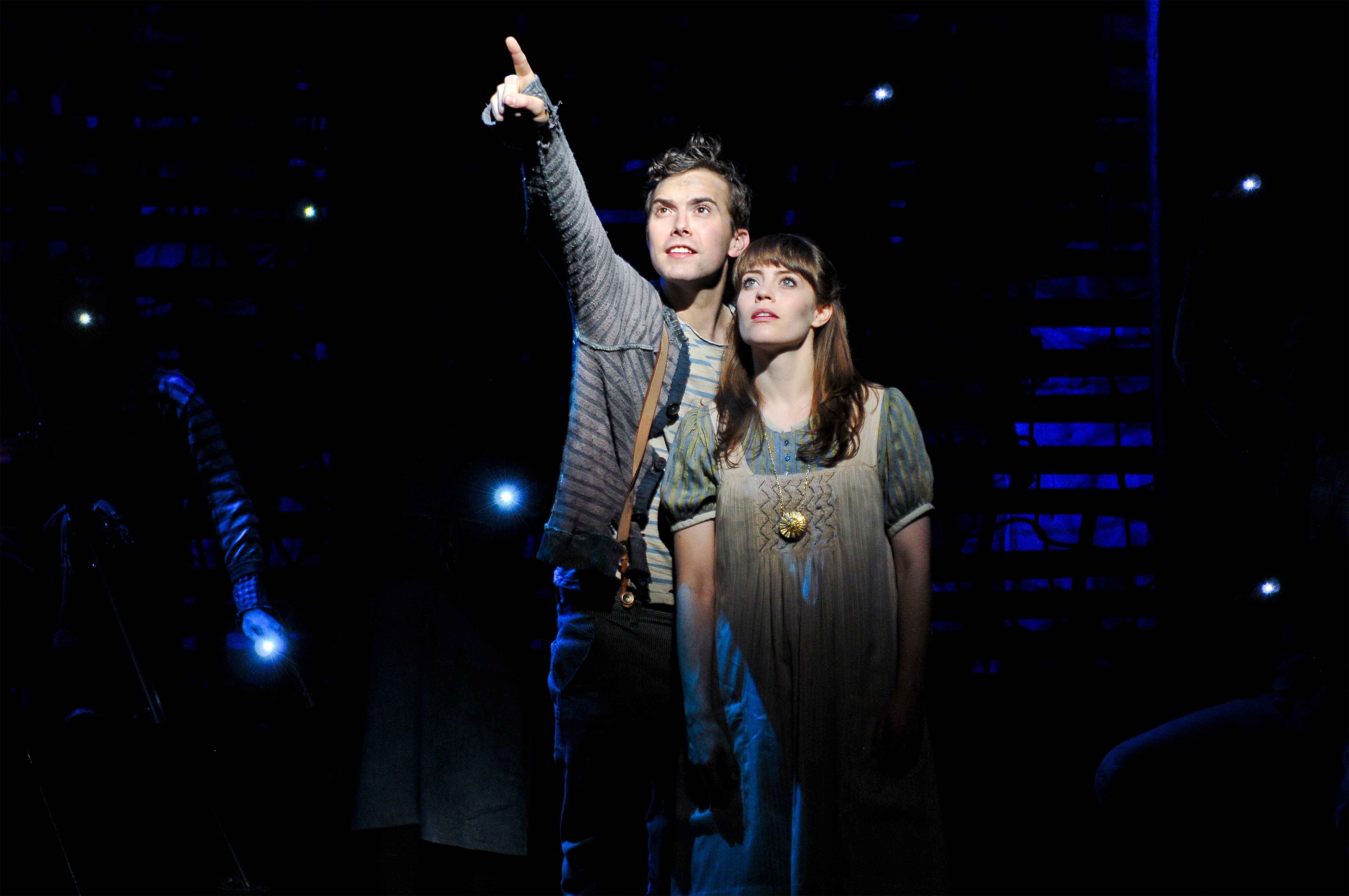 A long, thick piece of brown rope plays a pivotal role in Peter and the Starcatcher. So pivotal, it should be listed as a cast member. Throughout the performance, the set and stage direction encourage the audience to extend their imaginations as the rope transforms from scene to scene. At first, it’s just rope on the deck of a ship, but as the audience becomes more invested in the show’s fantastical world, the rope changes into the outline of a staircase, a prison cell, the frame of a mirror, waves on a stormy night, and the perimeter of a boxing ring. With minimal props, directors Roger Rees and Alex Timbers demonstrate how creative thinking goes a long way in theatrical storytelling.

It also helps to have a cast so invested in the physical demands of their roles. Steven Hoggett’s movement direction mesmerizes. Characters are constantly in motion, rarely sitting or standing in a single place. At one point, two actors perch on the shoulders of their cast mates as they simulate swimming in the ocean. Of course, the brown rope is also used in this scene as two cast members hold either end of the cord and wiggle it to create waves. But, a rope can only do so much and there are times when the cast use their bodies to mimic set pieces. A line of actors standing side by side become a wall. Two moving hands turn into swinging shutters. A pair of knees become a stepping stone.

The most astonishing physical performance of the night goes to Black Stache played by John Sanders. Sanders skillfully characterizes Black Stache as a vaudevillian dandy who comically leaps around, gestures wildly with his arms and keeps the audience in stitches with his hilarious facial expressions. At one point, Sanders is lying center stage on his back and slowly lifts his upper body by doing a sit-up that suggests some hard core muscles. Without a doubt, I would buy another ticket just to see Sanders’s performance one more time.

Fantastic acting and an inspiring use of props aside, the play stretches its own imagination only so far. Casting the role of Mrs. Bumbrake to a male actor was a cheap attempt at the idea that “boys acting like girls are funny.” This disappoints on several levels. First, there are only two female parts in a cast of twelve -an inadequacy hard to miss. Second, a female actor could have been funny and less offensive in the role of Mrs. Bumbrake. Third, the show has a strong “girls are just as good at being leaders as boys” message with the character Molly, but fails to support this idea in the casting of Mrs. Bumbrake. The choice resonates with inconsistency and insincerity. It lacks the imagination that drives the better parts of the show.