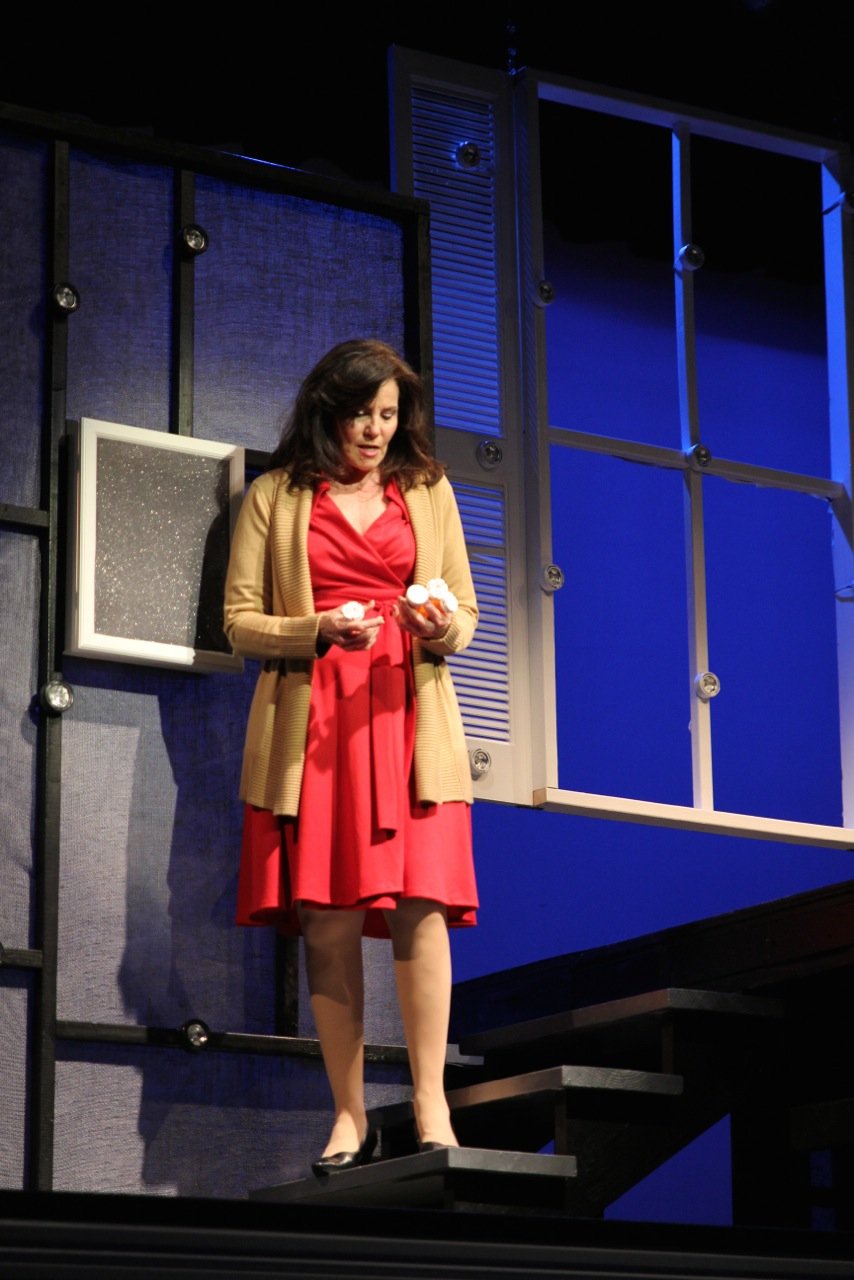 Next to Normal, now playing at Bloomington Civic Theatre, is an unusual and powerful piece of musical theater. Its gripping narrative of mental illness and the people caught in its tow helped garner the show eleven Tony nominations in 2009, and both its score and orchestration walked away from that ceremony with prizes. Done well, it is a stirring drama cut with quips of dark comedy, accompanied by sumptuous yet economical orchestration and moving songs. It’s also the sort of show that you should really just go see without reading about the plot, lest you spoil several major surprises.

BCT’s production of Next to Normal embraces the pain and exhaustion of the material. This overmedicated flatness may be a legitimate treatment (and certainly a painfully familiar condition to those who have first-hand experience of mental illness in the family) of the source material, but it does mean that many of the jokes sprinkled throughout the script were flattened enough that they passed without notice. Director Joel Sass’s notes notwithstanding, the product of this interpretation is significantly less funny than someone familiar with the show might expect. This does make the show more gut churning than its original incarnations, but sets up a stark contrast between the grays and colors of the songs and the more black-and-white anger/numbness of much of the dialogue. A little more nuance would have gone a long way, especially in the first part of Act I before the true nature of things becomes clear.

The action unfolds across a multi-level set that captures the general form of a house and the arrangement of its rooms; this is one of several elements of the production that have clear visual illusions to the original Broadway production, and one of the most successful ones. (Sass did the set design as well as the stage direction.) The lighting by Barry Browning is a key and well-executed element, especially in some of the more shocking moments. The six-piece chamber ensemble, directed by Anita Ruth, sounded lovely but could have been much louder; one of the features of the score is how the instrumental lines sinuously lace in and around the vocal parts, heightening emotional moments. This effect is significantly diminished when the accompanying music is regulated to the far background of the texture and excluded from the main PA mix.

This production sailboat scraped a few rocks in the auditory department. The vocal microphones and mic placements used at the reviewed performance were inappropriate for the style of singing being used; this element appeared to be calibrated for a more full-bodied vocal technique, making the singers’ voices come across much lighter and weaker than they should have, especially given several of the cast members’ past performance histories. There also appeared to be something of a stage monitor issue, with the timing between singers and the instrumental ensemble often seeming a small but important fraction of a second off and some of the ensemble vocal pieces being clearly out of sync.

If the production takes a little while to build up to steam, however, it still delivers in spades once it gets going. The three-song powerhouse sequence “He’s Not Here,” “You Don’t Know,” and “I Am the One” in the middle of Act I had audience members shaking and brushing away tears as husband Dan (Sean Dooley), wife Diana (Karen Weber), and son Gabe (Blake Rhiner) exchanged vocal fireworks. Aly O’Keefe’s portrayal of daughter Natalie kept the character’s darker insecurities more under wraps until late in Act II, only to reveal a barbed edge that gave an especially painful poignancy to the duet “Maybe (Next to Normal).”

Rough parts and all, Next to Normal is a special kind of theater that is incredibly painful because it does not sugarcoat the challenges that its characters face. This is precisely what makes it so moving and so cathartic to experience. This show is likely nothing like your next theater experience will be, and that powerful affect shines through in this production.