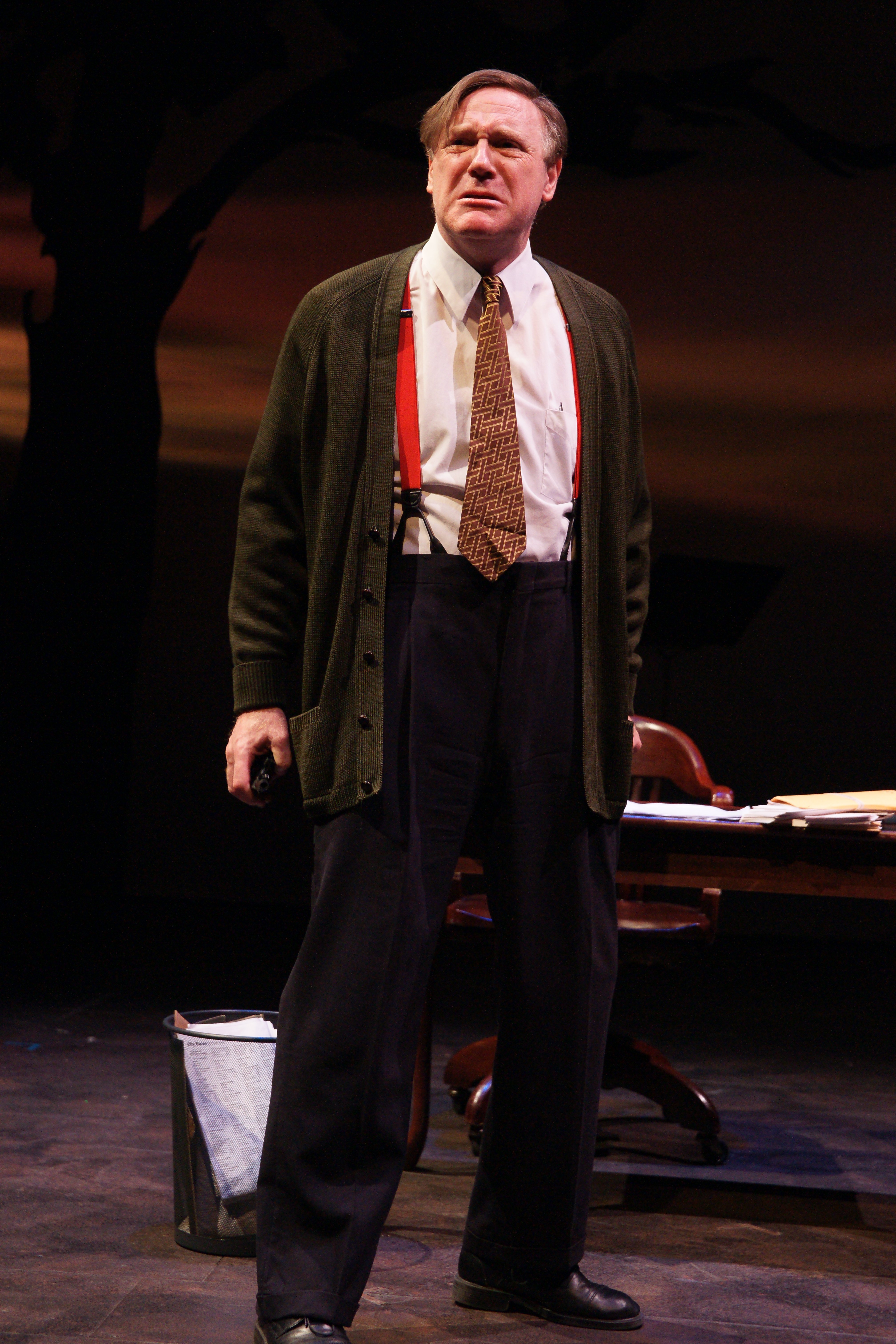 “Who is Clarence Darrow?” This is a question I often hear from the students in my college law class. Because he is largely unknown today, I wondered when I approached this production of Naked Darrow at Illusion Theatre on Thursday, April 3 if it could answer this question in a way that would be meaningful for those who do not know about Darrow’s accomplishments. The answer is a resounding yes–the production provides great insight to this amazing and flawed man.

Darrow was the first and biggest of the celebrity lawyers. He could be described as a cross between William Kunstler and F. Lee Bailey. Born in 1857, Darrow’s parents participated in the Underground Railroad to bring slaves to freedom and, as a toddler, he supposedly met John Brown who led the Harpers Ferry revolt. Darrow grew up to become a corporate attorney for a major railroad until he switched sides to defend the famous union leader Eugene V. Debs against a federal prosecution for Debs’ role in the Pullman strike against the railroads. He went on to defend defendants in numerous cases, including the famous Scopes Monkey Evolution case. He was vehemently against the death penalty and he fought passionately to spare his clients from it. He was so well known in his day that people would flock to trials just to see his court presentations. His closing arguments were published and sold to the public.

Michael Robins’ direction of Naked Darrow is a tight ninety-minute production that starts out in 1937 when Darrow is closing out his law office and suffering early signs of dementia. Darrow goes to pivotal movements in his life, starting with his being on trial for jury tampering in connection with a murder trial involving union activists. He goes on to reminisce about several of his famous trials, including the infamous Leopold and Loeb murder case and his defense of Dr. Ossian Sweet, a black surgeon who was prosecuted for murder when a mob attacked his family because they had moved into a white neighborhood. Along the way he touches on his two marriages, his infidelities and his estrangement from his son.

Michael G. Keck has designed an effective and efficient set where Anderson’s actions deftly shift between Darrow’s office and a trial podium. With the audience as his jury, Anderson delivers excerpts from Darrow’s numerous famous closing arguments.

Gary Anderson, who plays Darrow in this one-man production, wrote this fascinating and revealing play about Darrow’s aspirations and personal life. But his most stellar accomplishment is his on-stage portrayal where he succeeds in consistently engaging the audience through both his narration and his re-enactments of Darrow’s famous court summations. Whether you know nothing or everything about Clarence Darrow, Naked Darrow provides compelling drama for all those who attend.