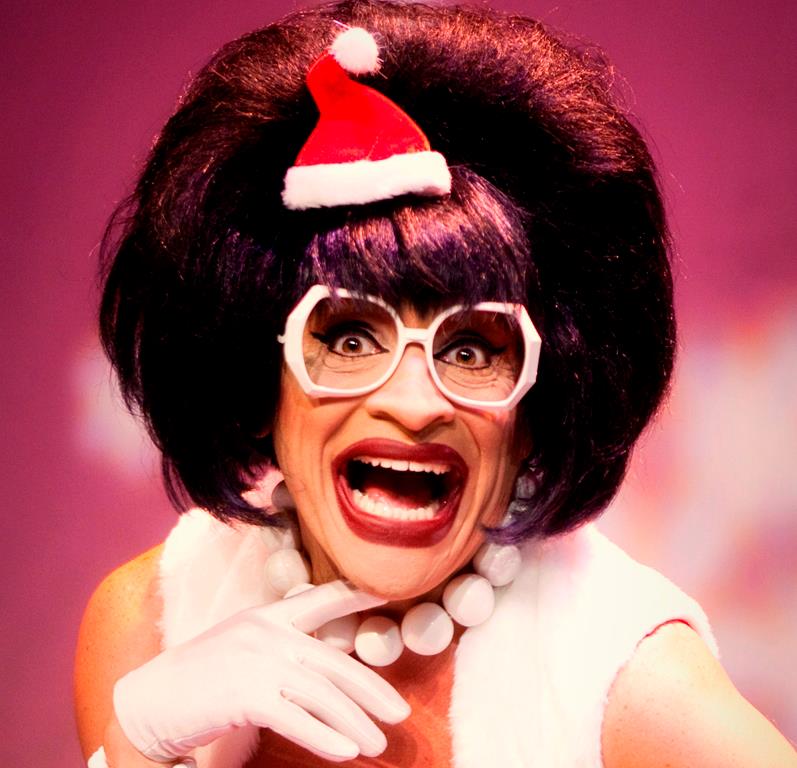 No need to worry about Christmas shopping, because the ancient Mayan Calendar predicts the end of the world on December 21, 2012. What’s more, according to Miss Richfield 1981, the Mexicans have something to do with it. Such is the premise of Illusion Theater’s holiday show titled Miss Richfield 1981 2012: We’ll All Be Dead By Christmas. Russ King has returned to the Twin Cities to play his legendary Miss Richfield 1981. He puts on an entertaining, interactive show that promises to offend some, if not all, in the audience.

This was the first time I have seen a Miss Richfield show. Russ King originally created his beauty queen/drag queen character in 1996, and he has played this role numerous times in the Twin Cities. I came prepared to be offended, and the show met that expectation. If you are Mexican, gay, lesbian, Jewish, or buy your Christmas sweaters at Walmart, you will be a target of this show’s politically incorrect jokes. However, the humor is delivered with such a soft edge that the people who felt slighted were those not singled out for Miss Richfield’s satirical commentary. Miss Richfield selects “victims” from the audience for improvisational scenes on stage. All her victims the night I attended took it in good grace. King has an intuitive way of working with audience members to perform his comic scenarios.

King’s portrayal of a diva drag queen starts out with a hilarious potted cactus dance in which Miss Richfield unsuccessfully attempts to move gracefully with a pot around her ankles. She then goes on to talk about the end of the world according to the Mayan calendar. She tops it off with the “Mexican Hat Dance” song, with an audience sing-a-long to the words “we’re dead, we’re dead, we’re dead.” Several video clips were projected on a large screen, including a music video called “End of the World” done to the tune of the Carpenters’ 1972 hit “”Top of the World.”

The show is divided into two parts. The first half dwells on the end of the world and the second half is more of a traditional Christmas show—as traditional as you can expect from Miss Richfield. The best part of the second half is the audience Christmas song sing-a-long. Miss Richfield starts out insisting the audience sing “X-Mass,” not “Christmas.” An especially funny bit required almost everyone in the audience to participate in “The Twelve Days of Christmas” with some lyrics re-written as sharp political commentary on the most recent Minnesota elections. The singing of Christmas songs gets more manic and Ms. Richfield begins to inadvertently put up the wrong lyrics for the tunes to be sung. Imagine singing “Frosty the Snowman” to the tune of “Ava Maria.”

If you are easily offended, I wouldn’t recommend spending your holidays with Miss Richfield 1981. If you aren’t comfortable being a “volunteer,” I recommend sitting past the sixth row and not wearing a Christmas sweater, but that may not necessary save you. The audience I saw the show with, about half of whom seem to regularly attend the Miss Richfield shows, enjoyed the interactions and everyone left in a good mood.