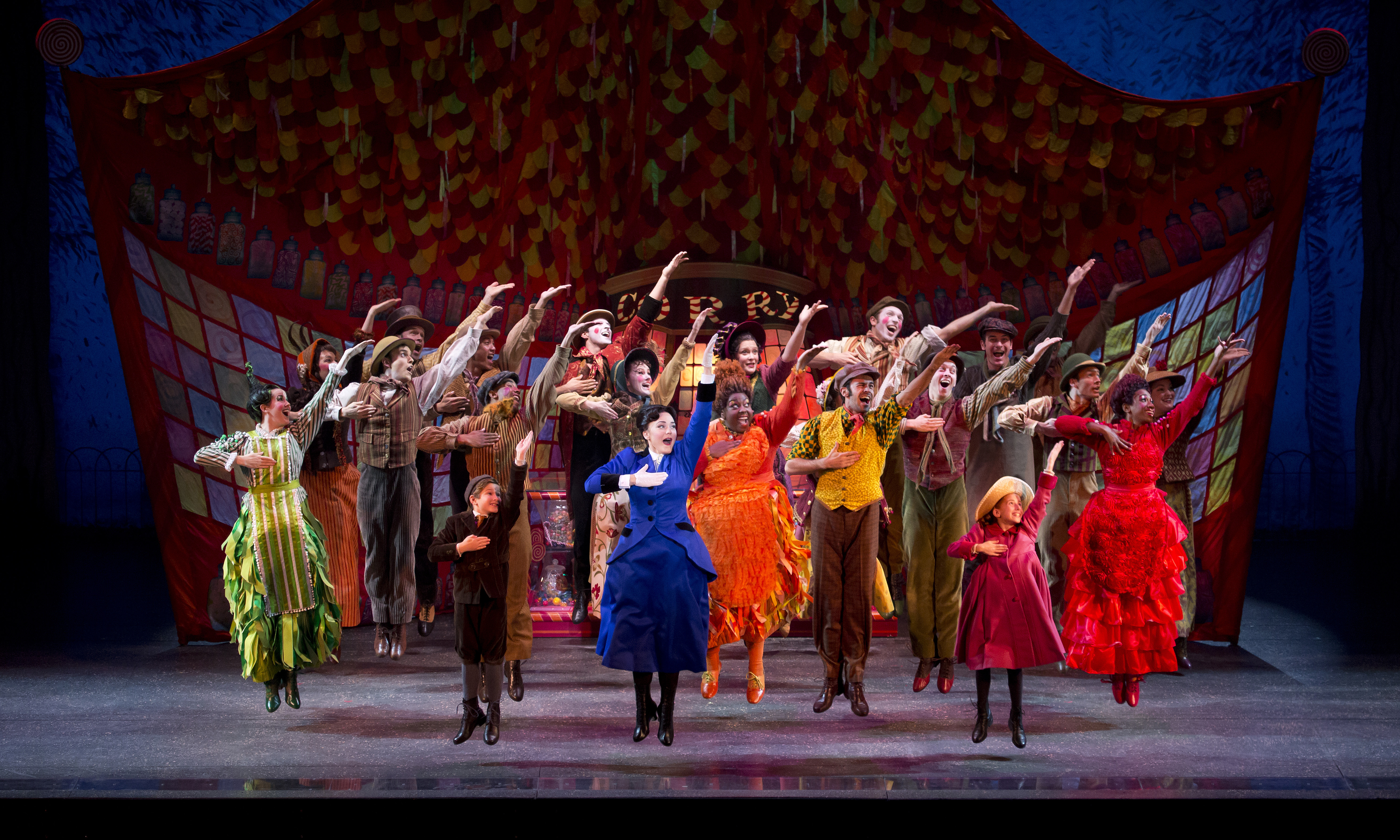 There were a lot of little children at the opening night of Disney and Cameron Mackintosh’s Mary Poppins on Tuesday, April 23. While I don’t generally find myself entertained by the same things children are entertained by, Disney will almost always be—and in fact was—an exception. Mary Poppins took a collective hold of the audience, and if this is any indication of the captivating power of the show and Mary Poppins herself, I didn’t notice just how many kids were in attendance until intermission (i.e. they were quiet). Mary Poppins, in many dimensions, has the power to control even the most problematic child, or at least make them sit still and watch.

Despite being set at the turn of the century, Mary Poppins follows a vaguely similar plot to the reality TV show Supernanny (or vice versa). Have bad kids? Sic the British nanny on them to instill some “Precision and Order.” First a book by P.L. Travers then a film in 1964 from Walt Disney where “Spoonful of Sugar,” “Let’s Go Fly a Kite” and “Supercalifragilisticexpialidocious” became timeless classics, Mary Poppins still remains a household name. The Orpheum filled with little kids on a school night is testament to that.

The first act of the musical (fun fact: the book is written by Julian Fellowes, aka guy who writes Downton Abbey), is—for the sake of being cheesey—magical. Seriously though, the set and costumes by by Bob Crowley along with the David Copperfield-esque visual affects (the bottomless bag trick!) left the audience with their mouths open (probably). I couldn’t peel my eyes away during “Supercalifragilisticexpialidocious” (choreography by Matthew Bourne)—especially Alexa Shae Niziak and Eli Tokash, who were outstanding as Jane and Michael Banks. Likewise, Con O’Shea-Creal as Bert and Madeline Trumble as Mary Poppins are spoonfuls of sugar themselves.

Whereas Act I of the show does everything right, Act II drags on and on and on. Or at least it seems to, because I figured it to be only about an hour long. Looking back at the musical numbers, there are seven reprises of songs from the first act. Not only that, but the conflict set into place between Mom and kids and Dad earlier is made thicker then hastily resolved in the alternately neverending finale. And while I know full well what to expect and even take comfort from a Disney ending (trite), the resolution irked me. I’ll spare you the details, because in the end—and despite the end—I recommend grabbing a ticket before it closes on April 28.