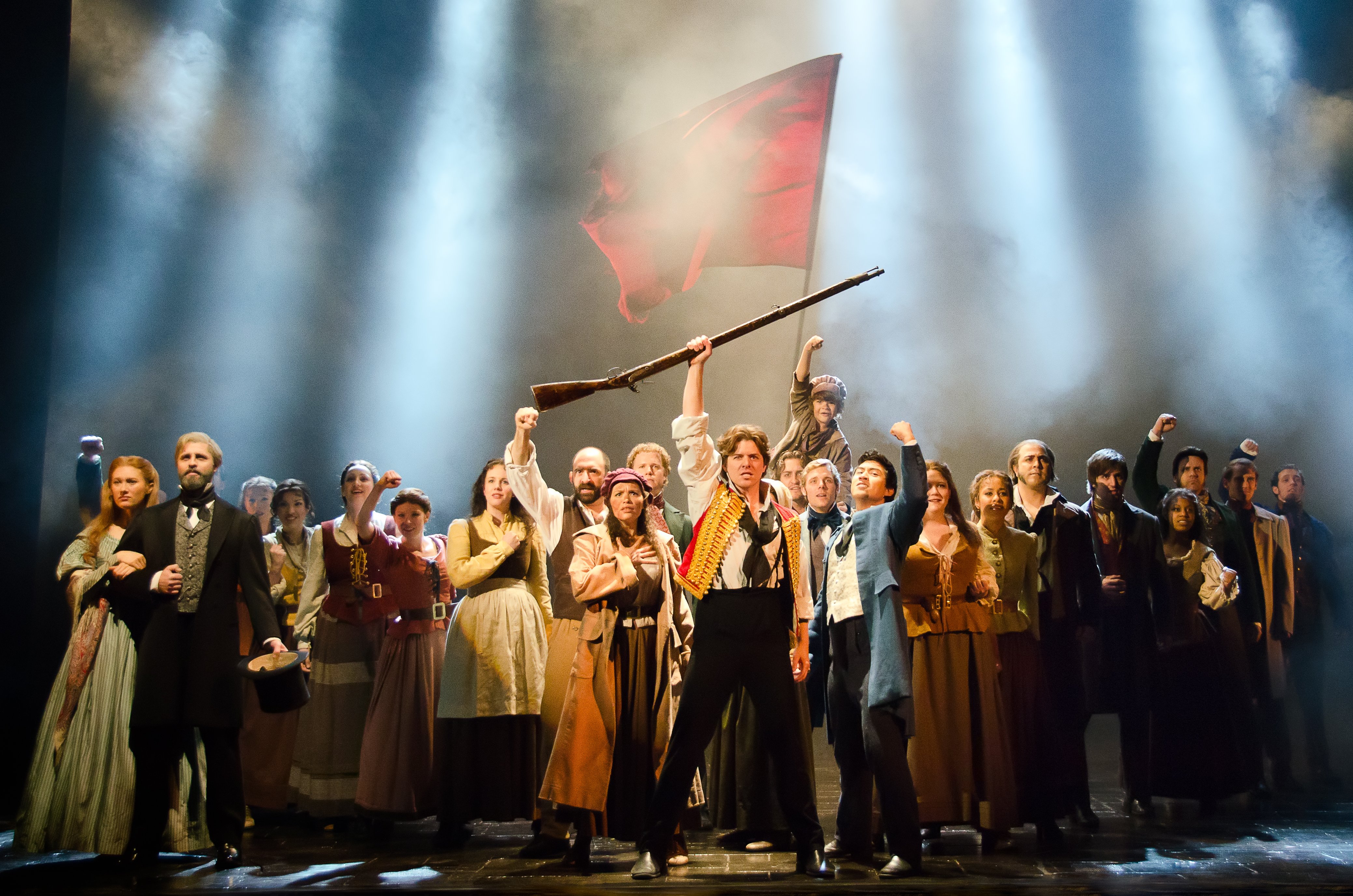 To a long-time Les Misérables fan, the thought of a “newly re-imagined” production is unnerving. Why fix what isn’t broken? On Tuesday, July 30  Les Misérables showed off its new look to the Orpheum Theatre, who booked the traveling production for just a week in its off-season. The music remains intact (with some added non-essential singing dialogue thrown in the mix), but there’s a modernized look to the show that’s been on stage since 1985.

The story centers on the life of Jean Valjean (Peter Lockyer) who’s been granted parole after years of enslavement (“Look Down”). Valjean seeks to leave his prisoner identity behind (“What Have I Done?”), but Javert (Andrew Varela), the prison guard, sees him for just a criminal and maintains a relentless personal vendetta against him throughout (“Stars”). Years later and with a new name, Valjean becomes a mayor of a small town where he meets the down-and-out Fantine (Genevieve Leclerc) (“I Dreamed a Dream”). Valjean and Javert meet again (“Confrontation”) and Valjean flees yet again to rescue Fatine’s daughter, Cosette (Erin Cearlock/Ava Della Pietra), from the seedy innkeepers (“Master of the House”). Years later, once again, the two meet in Paris during the upheavel of the people versus upper society (“Do You Hear the People Sing”). During this time of revolution, Marius (Devin Ilaw), one of the young idealists, falls in love with Cosette (Lauren Wiley) (“Red and Black”). After the people’s meager barricade falls and all the martyrs are killed, save for Marius (“Empty Chairs at Empty Tables”), he ditches his ideals to marry Cosette at their bourgeois wedding. The epic tale wraps up with Valjean’s dying confession.

The scenery and lighting in the re-imagined production add a fullness to the show that, in retrospect, was lacking. There’s a Romeo and Juliet feel during Cosette and Marius’ “A Heart Full of Love” with the addition of a second-floor terrace and the opening chain-gang scene looks more like a reflection of the 2012 Hollywood movie. The staging and choreography of the production is more thought out, too, which adds to the overall flow. The choreography and improved set design make songs like “One Day More” less cluttered despite having all the essential characters on stage and singing at once. “Confrontation” in which Valjean and Javert battle it out is as interesting to watch as it is to listen to now. But the choreography in “Empty Chairs at Empty Tables” make the what should be a heart-felt number feel forced. Likewise, “A Little Fall of Rain” feels melodramatic (er, more melodramatic). Probably the most drastic change to the new production is the absence of the rotating stage. The re-imagined show is a give-and-take situation, with mostly give, but it takes some getting used to with a musical as old and cherised as Les Misérables.

On Tuesday night, I was able to appreciate the change of my favorite musical. I realize that it’s necessary in order to keep up—the movie spawned an even larger fan group, which was obvious with the a pre-teens scattered throughout the audience. It’s a great thing. But there’s a big part of me that feels sad for what used to be, like the rotating stage that’s been traded in for something new. I’m being nostalgic, I know. I’ve always resisted change, even when it’s good. And Les Misérables is as good as ever, it’s just growing up.