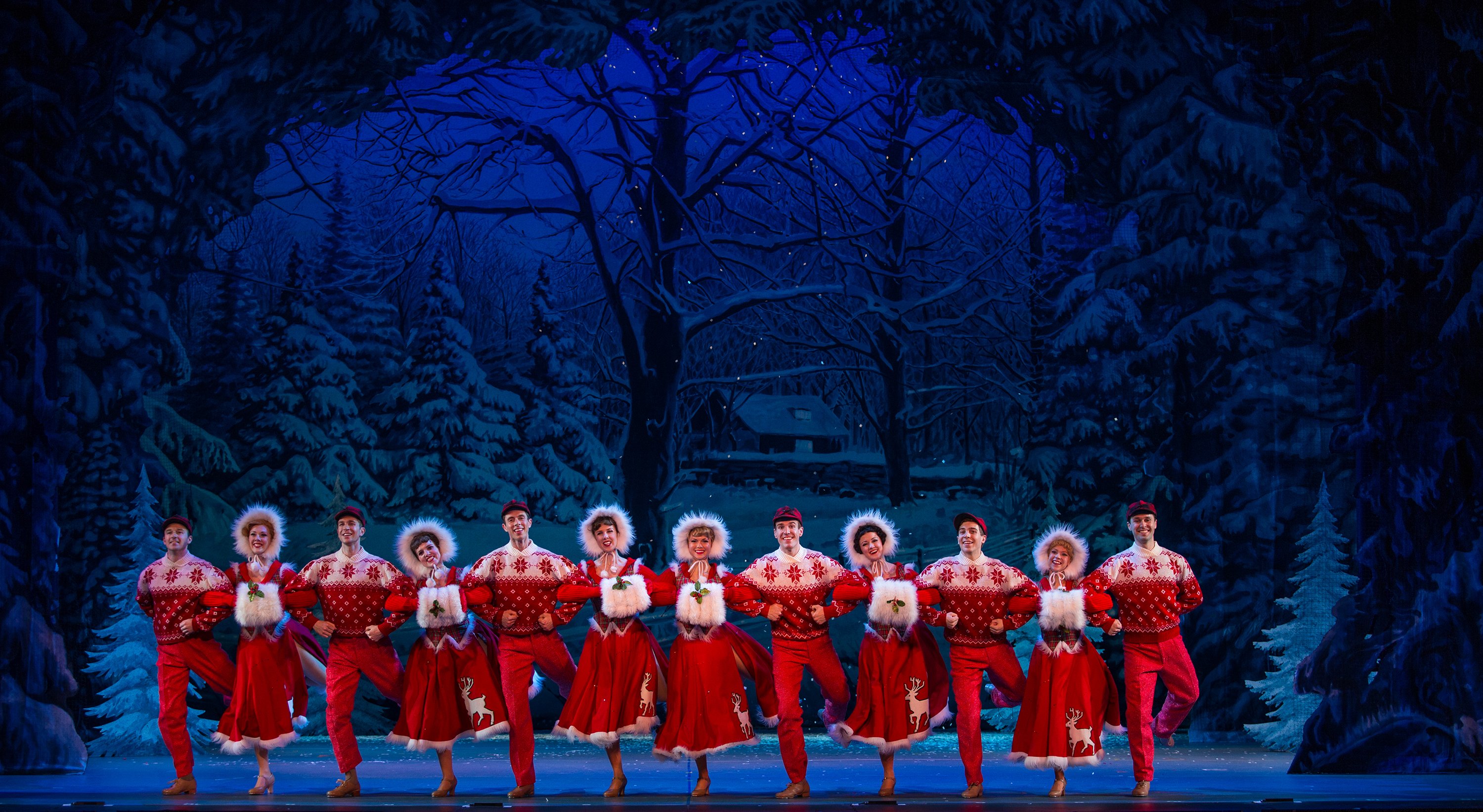 For my family, White Christmas is the official start of the holiday season; my sister makes sure we watch it every year the day after Thanksgiving—it’s become a tradition for us. With that said, I went into the opening night of Irving Berlin’s White Christmas The Musical on November 25 at the Orpheum Theatre with a little bit of a bias. It’s near impossible to live up to the bass-baritone Bing Crosby and tap-dancing Danny Kaye, but it’s hardly fair to compare the 1954 classic with the musical. Ultimately, the movie and the travelling production does what it should do and inspires the warm and fuzzies just in time for the holidays.

While there are minorish plot divergences in the musical, the skeleton of the White Christmas movie plot remains intact. Two army buddies, after serving the 151st division in World War II together, go on to form a successful duet, Wallace and Davis (Davis and Wallace!). Bob Wallace (James Clow, who does his best Bing Crosby voice) is the straight man to Phil Davis’ (Jeremy Benton) fun-loving ladies’ man. The two meet their counterparts in Betty and Judy Haynes (Trista Moldovan and Kaitlyn Davidson), sisters of an old army friend. Phil and Judy click instantly (“The Best Things Happen While You’re Dancing”), while Betty and Bob butt heads. Phil and Judy devise a plan to head north to a ski resort Vermont for Christmas (“Snow”), and come to find out that not only is it 80 degrees there but Phil and Bob’s well-respected commanding officer General Waverly is running the debt-ridden resort. Bob, who’s surprisingly not too sore that he’s in Vermont instead of Florida, arranges for the musical revue to relocate to perform in the resort’s barn in order to bring some business in for the general (“What Can You Do With a General?”). Love burgeons between Bob and Betty, miscommunication ensues (“Love, You Didn’t Do Right By Me/How Deep Is the Ocean”) and resolves itself (“I’ve Got My Love to Keep Me Warm”), and in the end there’s a “White Christmas.”

The thing about going into a show with a bias is the hyper-awareness you’ve equipped yourself with (wait, it didn’t happen like that in the movie). The only thing you can do is separate yourself from what you know; the start of Act II helped me distance myself from the classic with “I Love A Piano,” which isn’t a song and number that’s in the movie. Benton, Davidson and the ensemble lay it all out there with their impressive and (literally) breathtaking tap dancing (I overheard a grandmother ask her grandson after the show if she wanted her to buy him tap shoes, to which he said he needed a nap). When Bob and Phil perform Judy and Betty’s act (“Sisters”) in Act II (something that happens at the start of the movie), a collective sigh was heard throughout the house (or maybe I’m just projecting); it’s too good of a scene to not carry over, and that’s all you can ask for in reproductions.

The set design, most of all, is what wooed me. Every piece of clothing and prop looked like it could’ve belonged in the 40s and 50s. The train scene, everyone clad in their plaid, is pure eye candy, as well as the closing scene in which performers dressed in red-and-white sweaters danced with snow-covered mountains in the background. And with winter still a fresh in our mind, White Christmas came to Minnesota at the right time to spread some cheer.