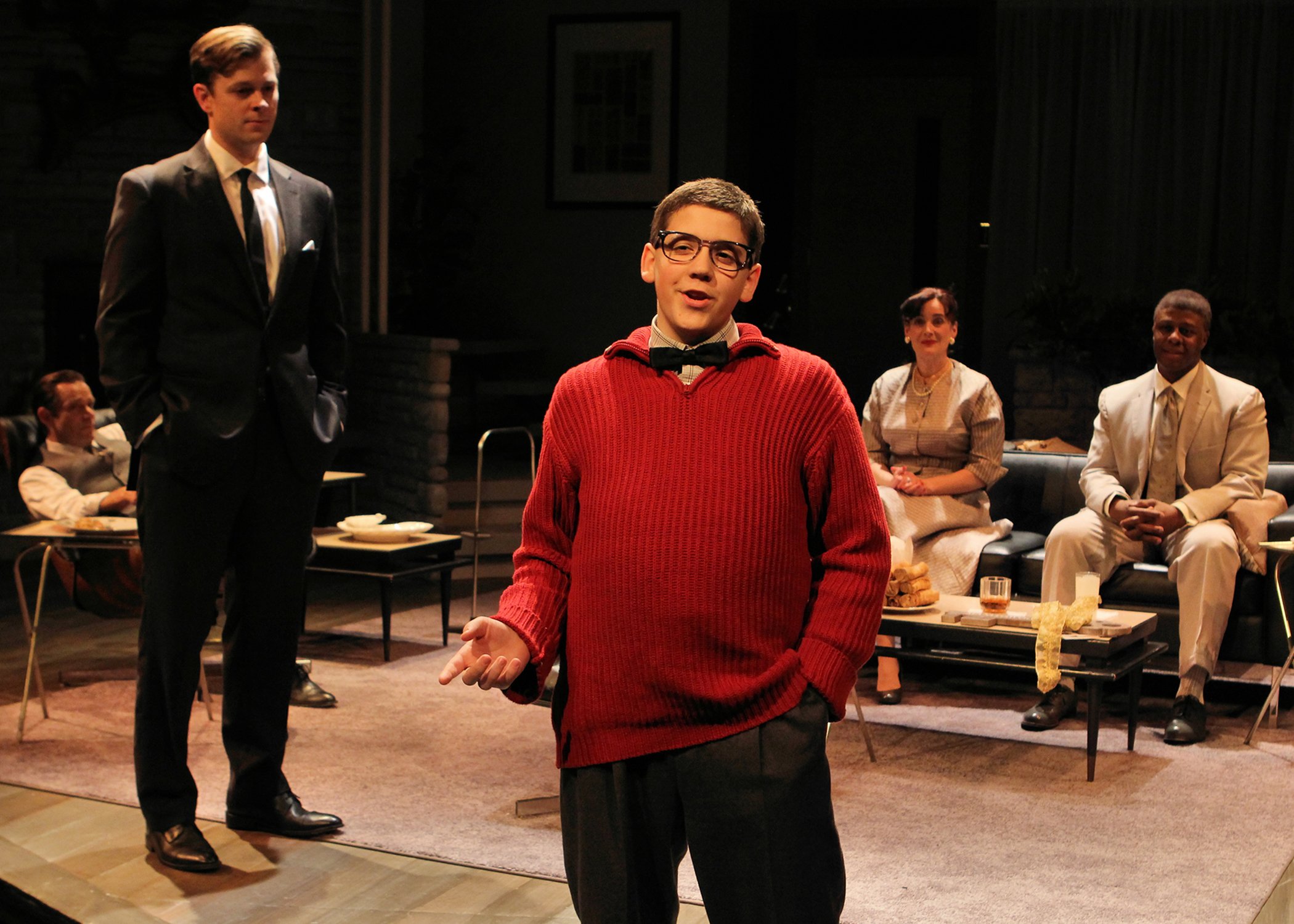 The Incredible Season of Ronnie Rabinovitz is now playing at the History Theatre in St. Paul. Not a recognizable title by any means since this is the world premiere of this production. When someone asked before the show what I was seeing, I honestly could not remember the title—just that I wanted to see it because it told the story of the friendship between a young boy, Jackie Robinson and John Kennedy.

When the show was over, I felt disappointed in myself—I had focused on the fact that Jackie Robinson played baseball so this would be a baseball story. While Ronnie Rabinovitz and Jackie Robinson’s friendship started over a letter written by a young boy to his baseball hero, by 1960 Robinson had retired from the game and was traveling the country to speak on behalf of the burgeoning civil rights movement.

John Kennedy’s relationship with the Rabinovitz family began with Ronnie’s father, David, who was supporting Kennedy in the Wisconsin primary during his campaign for the presidency. Kennedy was very interested in getting the support of Jackie Robinson for his election bid and that is how the lives of all the key players intersected in Sheboygan, Wisconsin in 1960. Adding to the unrest was the often violent strike against the Kohler Company, which became the longest strike in American history. David Rabinovitz was legal counsel for the union.

In retrospect, I realized that I got to see a slice of history that includes an inside look at the beginnings of the civil rights movement, an understanding of the hardship a strike brings to workers, and a look at the maneuvering that goes on behind a political campaign. Most importantly I got to see a friendship between a man and a boy from completely different backgrounds who found a connection in their love of baseball but formed an understanding that went way beyond that.

Ron Rabinovitz himself still shares the story nationwide. Bringing this amazing story to History Theatre’s stage is Eric Simonson (playwright) and Ron Peluso (artistic director.) I particularly applaud the acting of Jack Alexander as Ronnie and Mark Benninghofen as his father, David. Peter Middlecamp (John Kennedy) and Ansa Akyea (Jackie Robinson) took on the difficult task of bringing well-known historical figures to life and did it very well. Not only did they bring Kennedy and Robinson to life but they made it believable that they would be in the living room of a Jewish family in Sheboygan, Wisconsin. Rick Polonek (scenic designer) did a wonderful job of transporting the audience back to a 1960 family home to create the backdrop for this story.

If all that you get from my review is the fact that this is not only about baseball, you will have all you need. I definitely recommend that you see this show because it tells a story so much more important than baseball could ever be. My daughter, who went with me, said that this was some of the best theater she had seen in a long time. See what going into something with an open mind does?