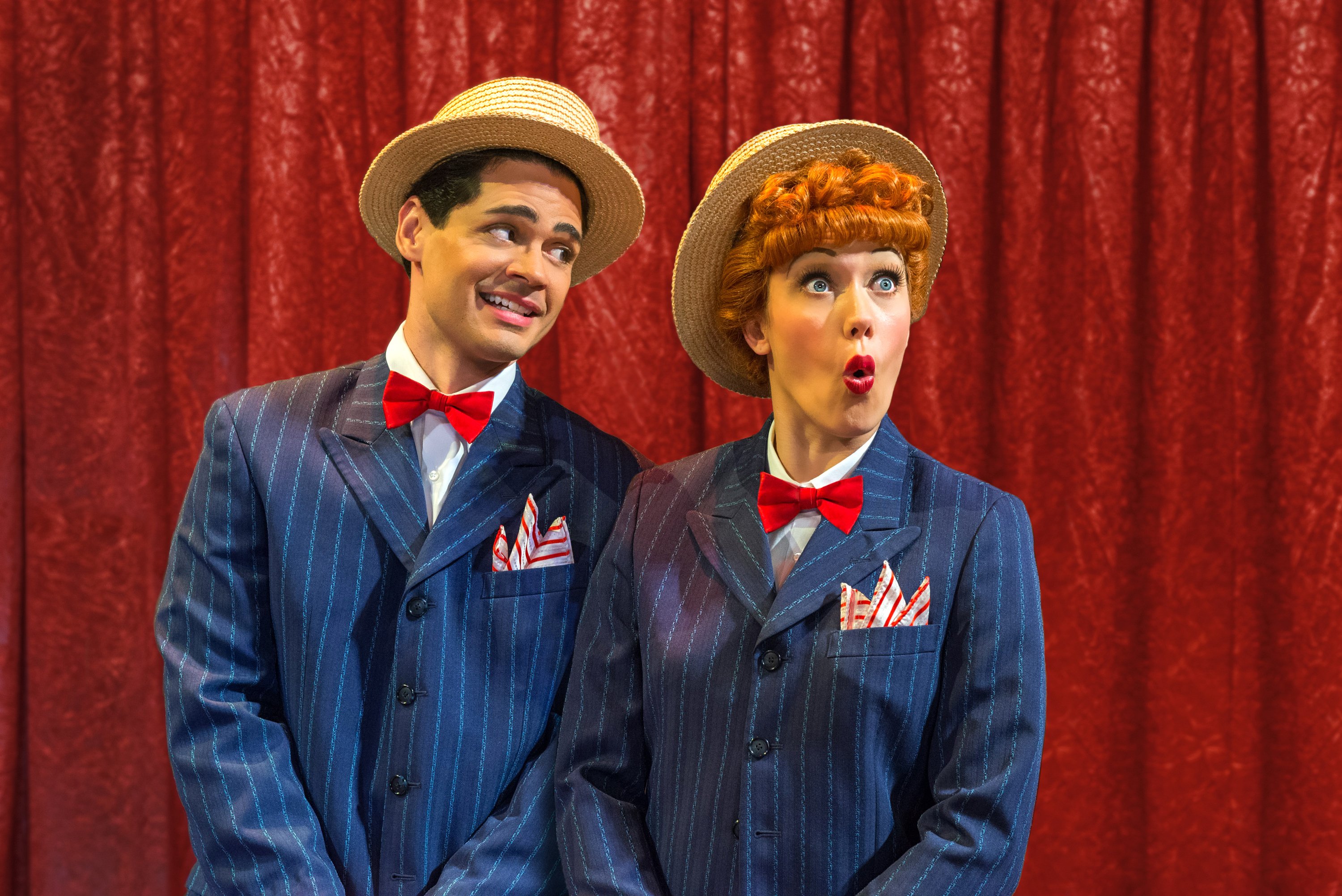 Minneapolis’s State Theatre took the time machine back to the early 1950s for a live studio recording in Los Angeles for back-to-back episodes of the classic CBS hit sitcom I Love Lucy.

Actress Thea Brooks and actor Euriamis Losada are a smashing resemblance of America’s favorite television couple Lucy and Ricky Ricardo in I Love Lucy: Live on Stage. Their nationwide tour stopped by the State Theatre in Minneapolis from Jan. 20 to Jan. 25.

The theater experience in I Love Lucy: Live on Stage was unparalleled to any other play production as the show’s host, played by Mark Christopher Tracy, introduced the audience to a live recording of two episodes of I Love Lucy as they performed “The Benefit” from season one and “Lucy Has Her Eyes Examined” from season three. The host took viewers inside the colorful set decorated by scenic designer Aaron Henderson and joked that viewers can finally see Lucy’s red head in color. After segments, when the applause sign would light up and the curtains would fall, performers would perform a jingle or the host would make a remark to promote 50s brands such as Brylcreem and Chevrolet.

In the second episode they performed, “Lucy Has Her Eyes Examined,” Lucy, Fred (played by Kevin Remington) and Ethel (played by Lori Hammel) performed together to impress a house guest Ricky invited for an audition for a gig in a show. Once Ricky walked in and saw the performance he looked at Lucy and said “Lucy you have some explaining to do,” the crowd laughed and the curtains fell for a performance break.

Later in the episode, Lucy learned the jitterbug and was ready to perform it at the big event after passing the audition along with Ethel and Fred’s whom planned on dancing together for one event at the show. However, in the doctor’s office Lucy discovered she, not Ricky, had a visual impairment and took eye drops which blurred her vision. With a big show the night Lucy took the eye drops, Lucy attempted to perform without sight, which resulted into a hilarious ending.

Fans of the TV show were intrigued by the expressions and vocals the actors embodied. They also appreciated the live studio recording experience and the overall premise of the show. I believe the young audience was able to enjoy the show because of the timeless humor and the dazzling aesthetics on stage and wardrobe.

A must see show because I Love Lucy: Live on Stage is the bomb and of course, who doesn’t love Lucy.

Q&A: After the show the cast and crew participated in a question and answer segment with the audience.

Mark Christopher Tracy: “Our producers have the rights to negotiate with CBS for all 179 episodes of I Love Lucy, but then they look through all the ones and they picked these two episodes based on a couple of criteria’s. They include all of what we call is the ‘fab four.’ (1.) They do not have Little Ricky, I don’t know how we would have a little kid to travel with the show.  (2.) They do not change locations excessively. (3) They do not have any guest stars like John Wayne or, you know, these other people that you recognize. (4) They do involve the band in live music numbers. When you look through all of the episodes and you sort them through that regard, these two episodes, relatively unknown episodes pop up,” Tracy said.

How much is the staging like the original set?

Kevin Remington: “Well the show came about because producers had designed walk through attraction for CBS during the 50th anniversary, so they’ve had access to all of the details about where to get all the [objects]. It’s accurate as it can be theatrically.”

How do you prepare to play such iconic characters because everybody knows you so well?

Thea Brooks: “You watch a lot of episodes … you also just kind of have to let that go. You can’t worry too much about what people think, of course you want to please the audience and make it entertaining but you also have to paint yourself a little picture. For me I read a lot of different biographers and I feel a lot of overlap in between our characters, so I just try to play to those things.”

Euriamis Losada: “I grew up watching the show when I moved to the United States when I was six. I’m from Cuba. I grew up watching the show and when they offered me the role [I studied the] two episodes. Then I [started] watching the entire series. Just taking note on him as much as I possibly can. How he would handle himself? Subtle reactions, just studying the man, studying the character. Not making him a character but making him a real person and I can bring myself to his truth.”

Lori Hammel: “We have the right staff of people that’s been with each other for a long amount of time.”

Kevin Remington: “We’re not just playing Lucy, Ricky, Ethel, Fred; we’re playing Lucille, Desi, Vivian, and Will. It’s a double layer, the roles are so tailor made; so for me, if I could figure out who William Frawley is, I can figure out who Fred Mertz is.”

Will you do other episodes?

Mark Christopher Tracy: “The reality is that when you do something again and again and again, and this is our job for you younger folks. Sure everyone can get a little ‘let’s get done with this,” but don’t forget that kind of performance might be for the most important person in your life who you didn’t even know was in the audience. In fact, we should approach every performance and we do, as every one of them is the most important person because we owe it to you and in this show we owe it to Lucy and all of that. It’s a real privilege for us to do this show with this material and tour with it.”