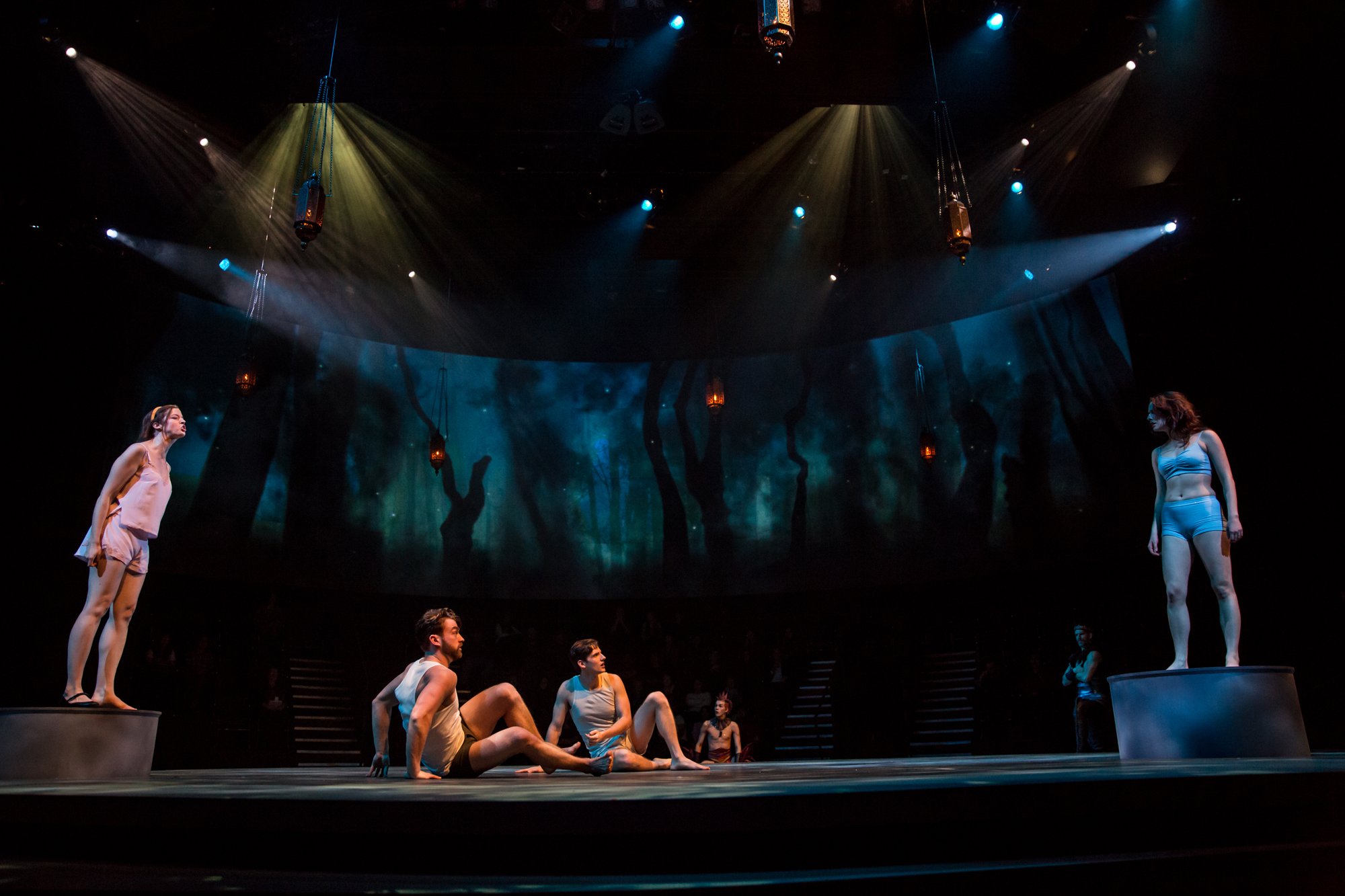 A Midsummer Night’s Dream is one of Shakespeare’s most-studied and most-performed plays, but only rarely in anything approaching its entirety. The main plot wraps up well before the actual ending of the play, and many scenes and monologues pose impressive dramatic challenges to sustain. Dramaturges and directors have, for the most part, confronted this issue with scissors in hand and trimmed down the work to what seems a more manageable size. As a result, patrons seeing the Guthrie’s current production of A Midsummer Night’s Dream might wonder why they hadn’t seen some scenes before.

Joe Dowling, in his final season as Artistic Director at the Guthrie, has pulled out the stops for a farewell production that either captures everything that the Guthrie does right or everything that it does wrong, depending on your point of view. Many of the cast members are new to or relatively recent arrivals at this theater on the banks of the Mississippi, with a few stalwarts like Peter Thomson, Kris Nelson, and Tony Vierling making reappearances. The extended arc of the play is sustained by wirework, neatly executed renditions of magic spells, and the adrenaline boost of periodic injections of heavy metal and showtunes. There are a few inside jokes for season ticket holders, principals running around in their underwear, and enough sculpted biceps and bristling six-packs ascending a railing near you to catch your eye no matter your inclination. The action unfolds against a digitally projected background that ripples and gleams as fairies snare mortals and each other in their enchantments.

This production is technically quite impressive, and paired with acting to match. David Bolger and Joe Dowling’s co-direction yields a dynamic, flowing evening sprinkled with outbursts of dancing and song. The music and dancing are both stylistically eclectic; the juxtaposition of Shakespearean verses with heavy metal and rap is subjectively genius or jarring. The extensive wirework is seamlessly integrated, and full use is made of the possibilities of the thrust stage. Splash zone (err, on-stage) ticket holders also get a special up-close look at the action. It’s not every trip to see the Bard that a bed descends from the heavens and fairies fly across the stage.

One of the virtues of this uncut production is that it presents the three sets of characters – the Athenians, Mechanicals, and Fairies – on more equal terms, with comparable material and time in the spotlight for the distinguished cast. The cast of Mechanicals (the actors of the play-within-the-play) benefit the most from the restored material to hilarious end – a welcome surprise, as the more common result of including these scenes is tedium; Nick Bottom (Andrew Weems), an import from New York, gives an especially distinguished performance. Eleonore Dendy, Zach Keenan, Casey Hoekstra, and Emily Kitchens make a spectacular quartet of lovers lost in the woods, especially clad in eye-catching sets of period underwear that had some audience members trolling Etsy during intermission. On the fairy side, watching Titania (Christina Acosta Robinson) dote on Bottom and his marvelous headpiece by Fabio Toblini is a special treat. Tyler Michaels’ Puck upstages his fey counterparts with a mix of arresting stage presence and inserted quips.

What direction the Guthrie will take post-Dowling is still up in the air, but if Midsummer is any indication his final farewells of The Crucible and Juno and the Paycock will be memorable indeed.