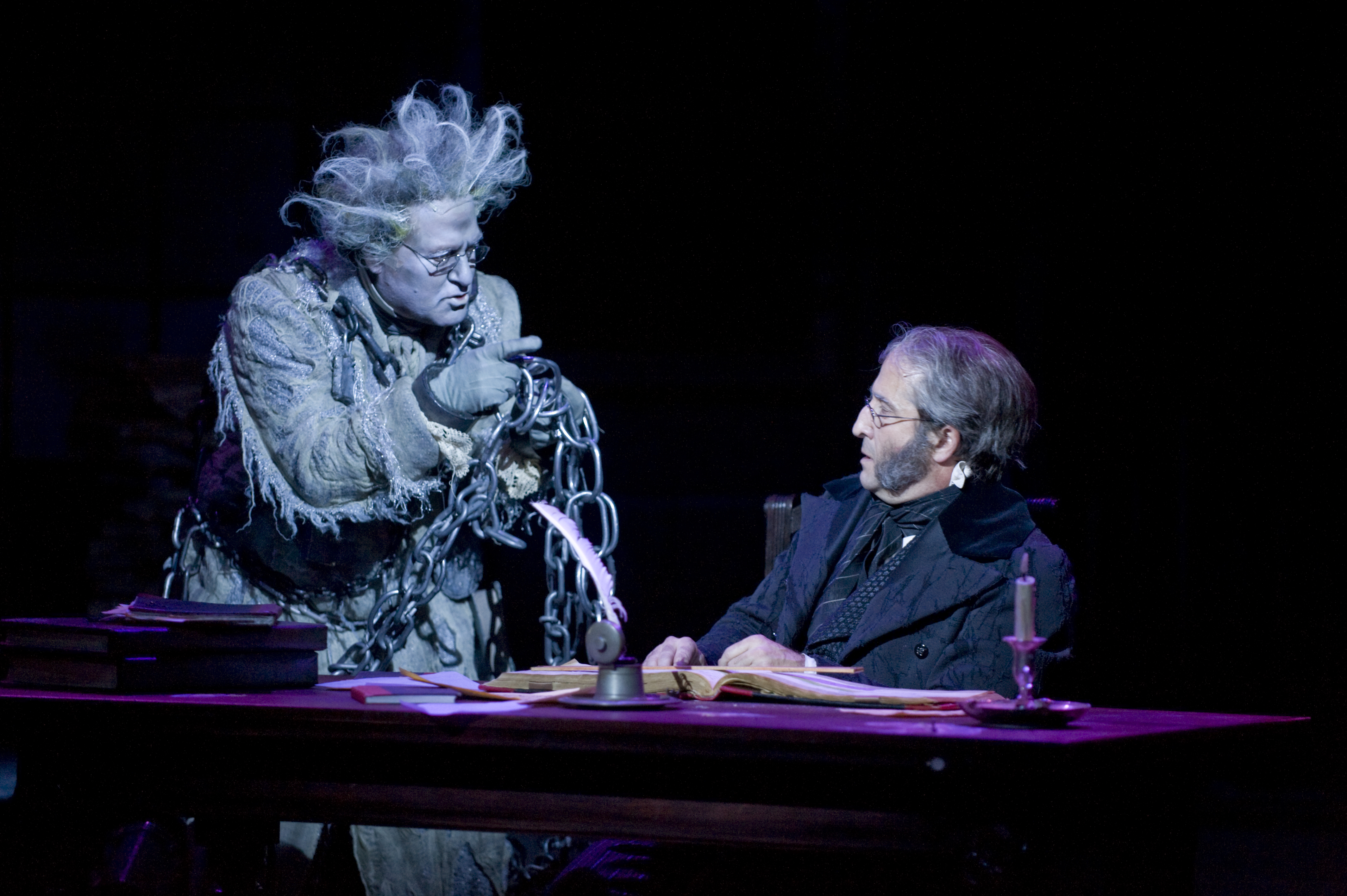 On November 17, opening night for the 2013 production of A Christmas Carol at the Guthrie Theater, the show had to be paused just before the Fezziwigs’ party: a man in the audience experienced what was feared to be a cardiac arrest, and paramedics came to take him to Hennepin County Medical Center. He was conscious and waving as he left, but the incident gave an added resonance to the classic story’s YOLO theme.

The story was already unusually resonant this year: a sharp reference to “job creators” in Crispin Whittell’s adaptation of Charles Dickens’s 1843 novel underscored the fact that Ebenezer Scrooge’s view of “the surplus population” accords fairly precisely with the perspective of a man who just won 49% of the national vote by arguing that 47% of the population are self-declared “victims who believe the government has a responsibility to care for them, who believe they are entitled to health care, to housing, to food, to you-name-it.” Are there no prisons? Are there no workhouses?

I was disappointed with the 2010 production that introduced Whittell’s then-new script, particularly finding Daniel Gerroll’s Scrooge to relish far too much in his own (that is, Whittell’s) wit to be credible as a changed man by show’s end. I passed on last year’s production (read Christopher Kehoe’s review), which swapped Gerroll for J.C. Cutler; Cutler returns this year, and he’s a markedly warmer miser. This Scrooge is still a bit antic for my tastes—the ideal Scrooge, to me, is a resigned, bitter old misanthrope who justifiably fears death—but his sympathetic character turn is a Dead Man’s Curve no production can afford to miss, so better to err on the side of a goofy Scrooge than a snarky one.

Under the direction of Joe Chvala, Cutler’s Scrooge is well-supported by a cast who make strong impressions. Best is Jay Albright in a number of roles including Mr. Fezziwig; Angela Timberman also does her best with Scrooge’s housekeeper Merriweather, a name that, as my companion pointed out, is exactly the sort of name you’d give to a character you invent and try to slyly slip in to a Dickens story. (Whittell et al should not be let off the hook for Scrooge’s aggressive and unreciprocated romancing, which we’re meant to see as cute rather than creepy simply because Merriweather is old and unattractive.)

With the exception of the gloriously terrifying arrival of the Ghost of Christmas Future (credit the set design of Walt Spangler and the costume design of Matthew J. LeFebvre), the ghosts are a weak link in this production. The spirits of the past (Tracey Maloney), present (Robert O. Berdahl), and future (Torsten Johnson) largely act as straight men for Scrooge, and the return of old Marley (Bob Davis) strikes a comical tone that threatens the balance of a show where tone is everything.

A great strength is Scott W. Edwards’s sound design, which seamlessly weaves Keith Thomas’s original music and traditional carols into a soundscape subtly enhanced by amplification. With Chvala’s direction and choreography, this show moves elegantly from scene to scene; in that respect, this show is a model of professionalism in the best way.

In the end, this Christmas Carol is a satisfying show with enough standby elements to keep traditionalists happy and enough new twists to keep Dickens burnouts from getting too terribly bored. If anything, this show worries too much about those potentially restless viewers. God knows there are enough alternative Carols out there for people to go see if they’ve had enough of Dickens’s timeless tale as it was originally written—and in the wake of our bruising election, Dickens’s impassioned attack on the idea that wealth is a measure of virtue feels as sharp as an episode of The Daily Show. Dickens’s message is nothing new, but in our lifetimes, it’s never been more essential.