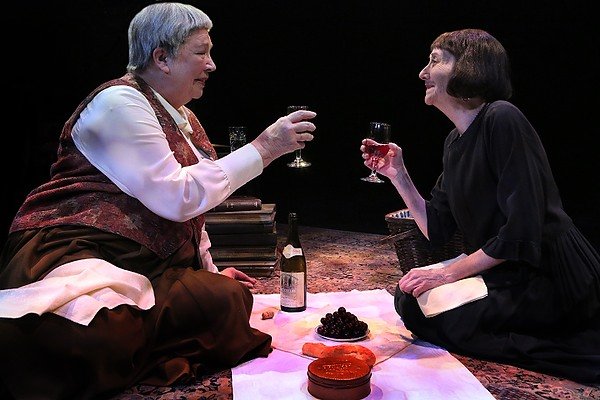 Wells crafted a uniquely compelling portrait historic figures Stein and Alice B. Toklas as human beings, warts and all, devotedly in love, wending their way through a remarkable – if at times trying – existence together.  Boehlke skillfully directs Jungle mainstays Claudia Wilkens as Gertrude Stein and Barbara Kingsley as Alice B. Toklas.  All said, you have an excellent evening in the theatre.  Indeed, with the aim being to hit a target of theatrical brilliance, this amounts to shooting fish in a proverbial barrel.  The author deftly takes two eccentric characters whose lives and careers are marked by prominence among the intelligentsia, generally regarded as cerebral celebrities, and renders them warmly down-to-earth, as readily accessible anyone’s next door neighbors.  The director, as long has been his stock and trade, respects the text to subtly let the material’s beauty come to life rather than indulge some intrusive hand at interpreting it.  He has always respected actors the same way, eliciting and allowing their artistry to emerge in a given role rather constrict them with forced guidance.  It has never hurt, of course, that Boehlke has routinely enjoyed the advantage of working with some of the best talent in town and, accordingly, Wilkens and Kingsley strike not one false note in bringing Stein and Toklas richly to life.  Ironically, for all that these two women are famed as legends of academia and intellect, this is, when it comes down to it, a heartwarming love story.

This production is a fine note on which to observe the company’s legacy.  Bain Boehlke has stepped down at the helm but audiences can be confident quality theatre will remain the order day. Particularly, if someone on the staff  succeeds him.  After all, he hasn’t done it in a vacuum but has a vision those around him has shared.  As long as there’s a Jungle Theater, the Twin Cities will be safe for premium artistic fare. 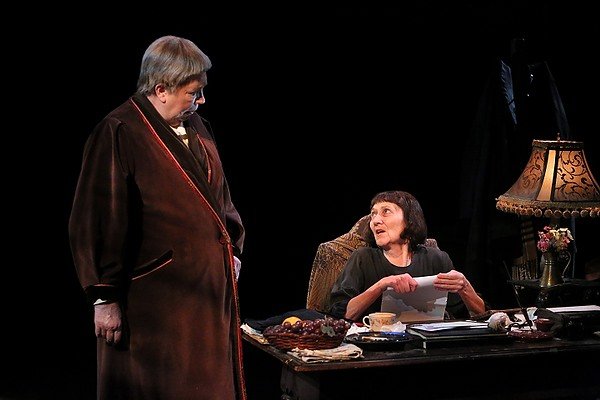