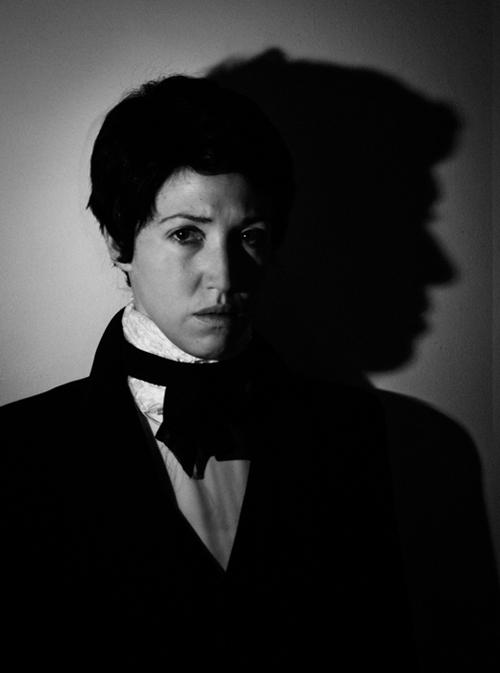 CAVEAT: I have not worked closely with either Nick Ryan or Katie Hartman, but we’ve been working in the same places and in similar styles long enough to have more than a passing familiarity with each other.

BLOOD: 2/5
AGES: 13+
PRE-CRINGE PROFILE: “We wanted to explore what Edgar might have been like as a boy, and where he might have drawn inspiration from for his later tales of terror.”

…so that Pre-Cringe Profile line suggests that this is a morbid take on “Shakespeare in Love”, then?

I should clarify immediately that I suspect that I’m not in the core audience for this show — Lovecraft clicked for me pretty much right away, but I’ve never been a big fan of Poe. I may or may not have (by which I mean I definitely have) unkindly likened many Poe stories to pitches for sub-par Twilight Zone episodes. I definitely appreciate his stuff more than I like it, and I think I get the buttons that his stories push — he has a thing for fetishization, for describing perversion in poetic or romantic terms, and he’s definitely interested in wildly disproportionate obsession. The latter is present in full force here.

The show is very short at around forty minutes, and it still felt to me like it was being stretched a bit thin — we realize pretty early on exactly where the story is going, and consequently watching the characters stumble towards that conclusion can seem a bit shapeless and meandering. It puts an extraordinary amount of pressure on the performers to sustain our attention.

Fortunately, they can — it’s nothing but fun to watch Katie Hartman’s manic mood swings, and particularly the way she continues to uselessly hurl herself against Nick Ryan’s taciturn demeanor. Her obsessions are so disproportionate that they play easily for comedy, and it’s to the production’s credit that it doesn’t shy away from that. They’re never anything less than energetic and engaging to watch, which goes a long damn way.

Not all the way, I’m afraid. This is pretty much the best adaptation of the source style that I could imagine — my issue is that there’s just not that much there. I’m confident that anyone with even a passing admiration for Poe’s particular neuroses, though, will have an opportunity for some pretty unmixed delight.