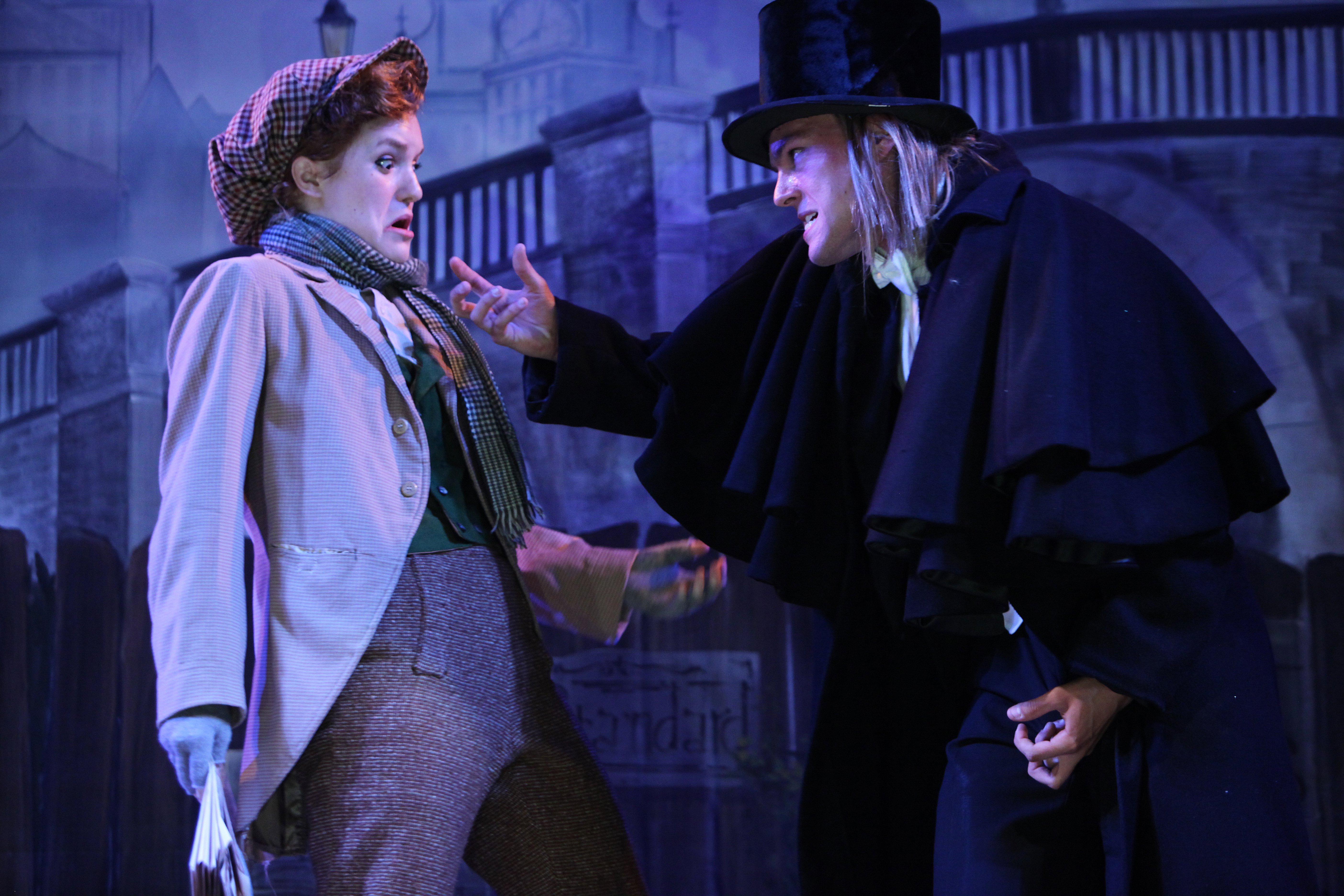 The puffin’ of the summer Showboat was delayed until the Fourth of July weekend due to the heavy rains and the flooding of Harriet Island. But now that the rain has subsided, the traditional melodrama and musical olios continue. Director Peter Moore has crafted a tight performance of the classic Dr. Jekyll and Mr. Hyde. The show successfully engages the audience to provide the indispensable cheers and boos for a true melodrama.

When I attended the Showboat last year, the musical olios clearly outshone the melodrama. This year the opposite is true. For those unfamiliar with the Jekyll/Hyde storyline, Dr. Jekyll is a brilliant doctor who has an alternate evil personality known as Edmund Hyde who is becoming the dominate personality. Things start to fall apart for Jekyll when Hyde murders the mother of Jekyll’s fiancé. Jekyll’s fiancé, friends, the police and the audience eventually put together the clues connecting the evil Hyde to Dr. Jekyll.

A talented cast plays the melodrama to the hilt, with the exception of one scene in which two cast members fall out of character breaking down in laughter but the audience soon joins them. Standouts in the cast include Christian Boomgaarden as the Jekyll/Hyde character who makes frequent costume and character changes. The only drawback to his performance is his hokey transformation into Hyde, generally with only his shaking feet visible. Nike Kadri also does a hilarious turn with her hammy performance as Hyde’s landlady.

Along with the traditional melodrama, every Showboat production contains numerous musical interludes that are unrelated to the show. Historically this was done to give audiences respite from the tension and stress from the melodrama. Last year, olio director Vern Sutton presented olios that were outstanding and included a rousing patriot tribute to the songs of George M. Cohan. Although there was no show stopping olio this year, Sutton did provide some gems including “Mariage A Cinq” about a woman marrying a singing quartet featuring Kelsey Peterjohn, the hilarious “The Saga of Two Little Sausages” featuring Nike Kadri and Kevin Gotch, and the entire ensemble in “The Calendar Parade.” With the Mighty Mississippi providing the backdrop, the Showboat again succeeds in providing an entertaining old-fashioned evening of fun.