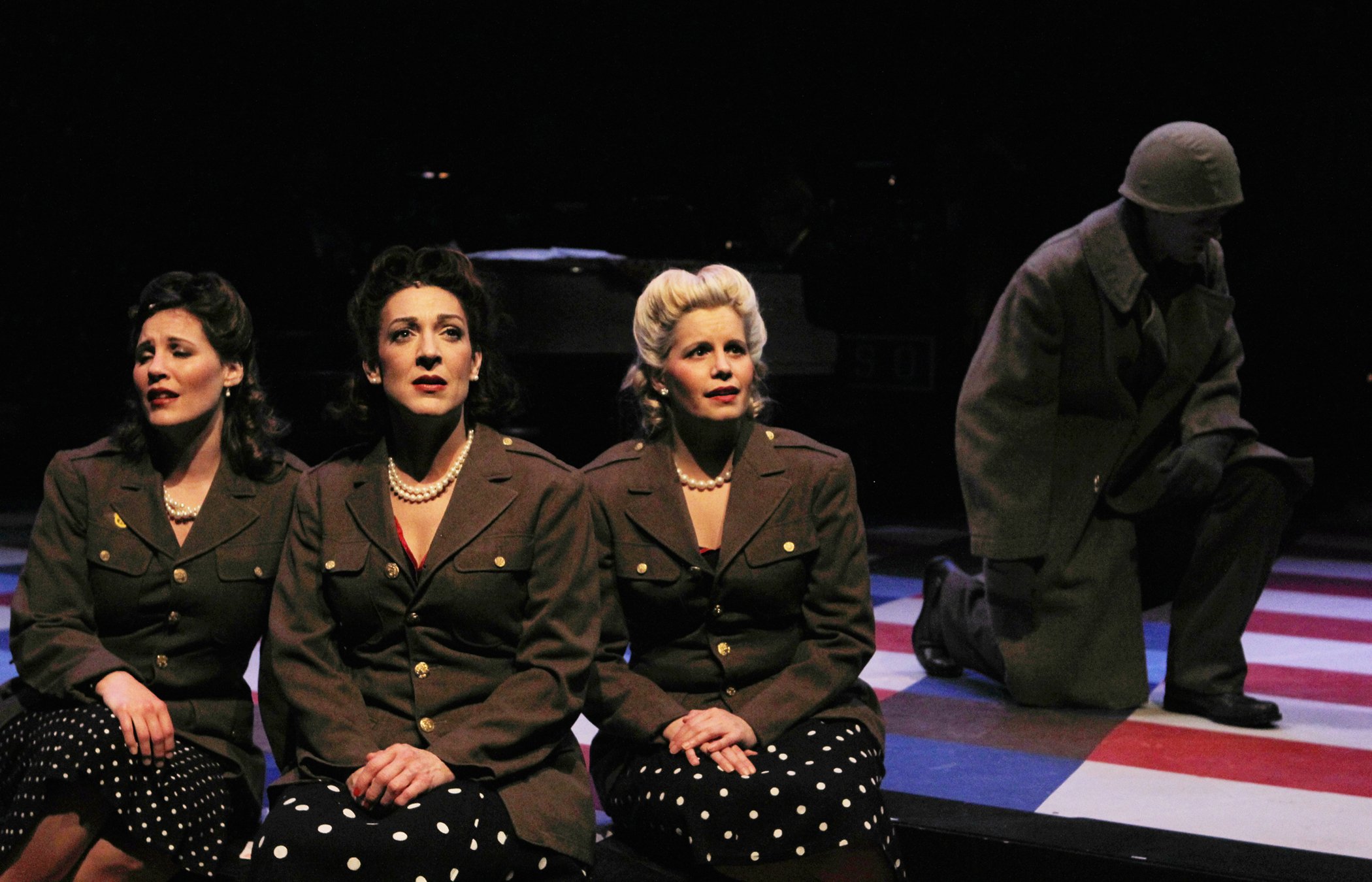 The Andrews Sisters and Bing Crosby are once again performing together at the History Theatre in Christmas of Swing.

The Andrews sisters were born in Minnesota and formed their singing group when LaVerne was 14, Maxene was 9 and Patty, who was the lead singer, was only 7. Five years later they won first prize at a talent contest at the Orpheum Theatre in Minneapolis where LaVerne was playing piano accompaniment for silent film showings.  In 1934 their parents closed the restaurant they owned to devote themselves to their daughters’ career.  After touring with Larry Rich and his orchestra for 3 years, the sisters began performing as a trio and in 1938 found success with their first No. 1 hit on the Billboards chart.

In the 1940s the sisters became the most profitable stage attraction in the United States and only Bing Crosby sold more records. During this time the sisters became very active in wartime entertainment, volunteering to entertain for the troops in America as well as participating in an 8-week USO tour in 1945. They were dubbed the “Sweethearts of the Armed Forces Radio Service.” It was during this time that they recorded the song almost everyone recognizes–“Boogie Woogie Bugle Boy.”

Christmas of Swing finds the Andrews Sisters in rehearsal for one of their shows for the hospitalized troops recovering stateside. Joining them in the show are Bing Crosby, Danny Kaye and Abbott & Costello. Christmas of Swing is a mixture of holiday songs, swing tunes and comedy sketches. The sisters decide to include in the show the reading of letters from the troops that families have sent them (with the show using excerpts from real letters written by World War II soldiers).  The letters are often read by actors Eric Heimsoth and Bryan Porter who portray the soldiers sharing their longing for home and concerns for their safety.

I felt like I was back in 1944 watching the USO show that was performed on Christmas Eve, with a peek at the back stage preparations. All of the songs in the show are authentic for the time. The set, designed by Michael Hoover, has been expanded since the last time this show was performed at the History Theater in 2005 and there is now a full band on stage which is a great addition. The props designed by Kirby Moore and the costumes designed by Kelsey Glasener are appropriately kitschy and seasonal.

Ruthie Baker as Patty, Jen Burleigh-Bentz as LaVerne and Stacey Lindell as Maxene are all returning to the History Theater this year to again play the Andrews Sisters. They are obviously great entertainers and flawlessly bring the Andrews Sisters’ energy and upbeat personalities to the stage. Bud Scharpen’s portrayal of Bing Crosby was excellent down to his pipe and cardigan sweater.

Christmas of Swing runs at the History Theatre through December 22.  If you are looking for old-fashioned holiday fun and a chance to pay respect to the many veterans who have served so faithfully, add this to your holiday calendar.