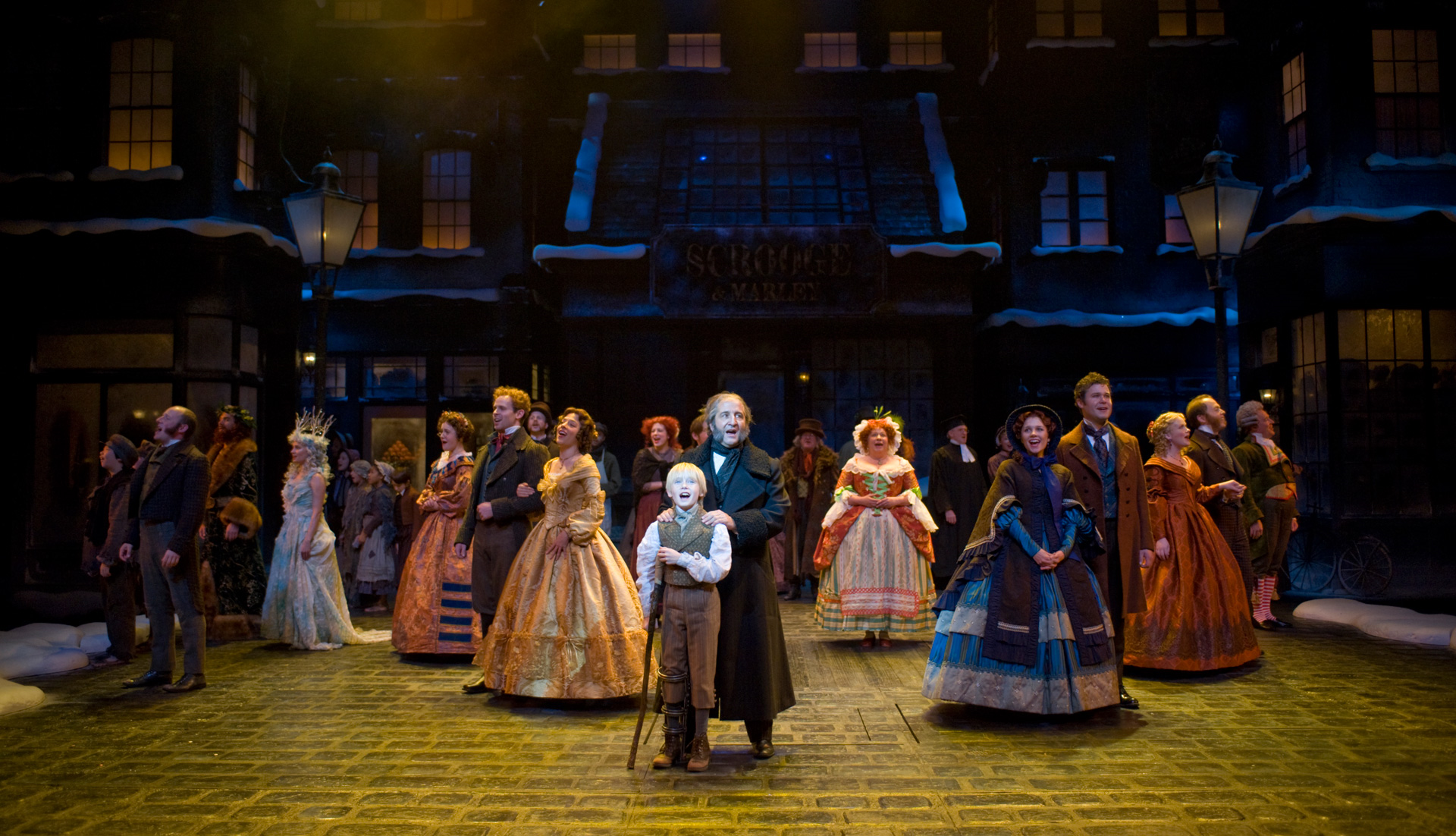 The official opening night of The Guthrie’s A Christmas Carol on Wednesday, November 20—eight days before Thanksgiving—was an ideal time and way to launch into the holiday season. The house was full, which means this is a holiday tradition for Minnesotans that starts a month and a half before Christmas. A Christmas Carol isn’t premature like that Kmart holiday commercial that aired in September, though; in fact, I crave a little cheer right around this time of the year.

Ebenezer Scrooge (J.C. Cutler), the miserly man who resents Christmas, is the central character of A Christmas Carol. Charles Dickens’ portrayal of him was so resonant that you can literally look Scrooge up in the dictionary and find a picture of him. A Christmas Carol is one of the most parodied stories in our culture (A Muppets Christmas Carol, anyone?) that it would surprise me if I met someone who was unfamiliar with the tale. Either way, Scrooge is terrible to people. Like, evicting-families-from-their-homes-on-Christmas-Eve terrible—even though he’s got bags of money locked away in his safe. On Christmas Eve, Scrooge, who is at his grouchiest, is visited by four ghosts. Marley, his deceased business partner, appears in shackles to warn Scrooge of the three ghosts that will each come when the clock strikes one. Scrooge gets a blast from the past with the Ghost of Christmas Past (Tracey Maloney), a look at how his “friends” and one family member celebrate Christmas day with the Ghost of Christmas Present (Robert O. Berdahl), and a glimpse into what might be if he continues his greedy ways with the Ghost of Christmas Future (Torsten Johnson). Spoiler alert: By Christmas morning, Scrooge is a new man, one who loves Christmas.

The Guthrie’s interpretation of the production takes the silly road whenever it has the opportunity (or makes one, sometimes), which has been the Guthrie’s MO lately it seems (I had a similar take on their production of Pride and Prejudice). At times it’s a refreshing step back from the serious—Mr. & Mrs. Fezziwig (Jay Albright and Suzanne Warmanen), for example, are brilliant in their sassy and Whoville-like take on their characters. The script is clever and the characters are as quirky as ever, creating comic relief left and right, to the point where I thought, relief from what? The light heartedness overshadows the sorrow in A Christmas Carol. The scene in the Cratchit household favors the liveliness for the sadness that surrounds Tiny Tim. I might have been the only one grumbling about how A Christmas Carol was too funny walking out of the show, but I think it’s important to feel what’s at stake for the characters to fully appreciate the outcome.

The set design by Walt Spangler was spectacular and seamless in its transitions. The cobble-stoned London streets give off a cozy feel while Scrooge’s house makes you a little colder. A Christmas Carol plastered smiles on everyone in the theater and, in the end, is a joyful way to get into the holiday spirit.