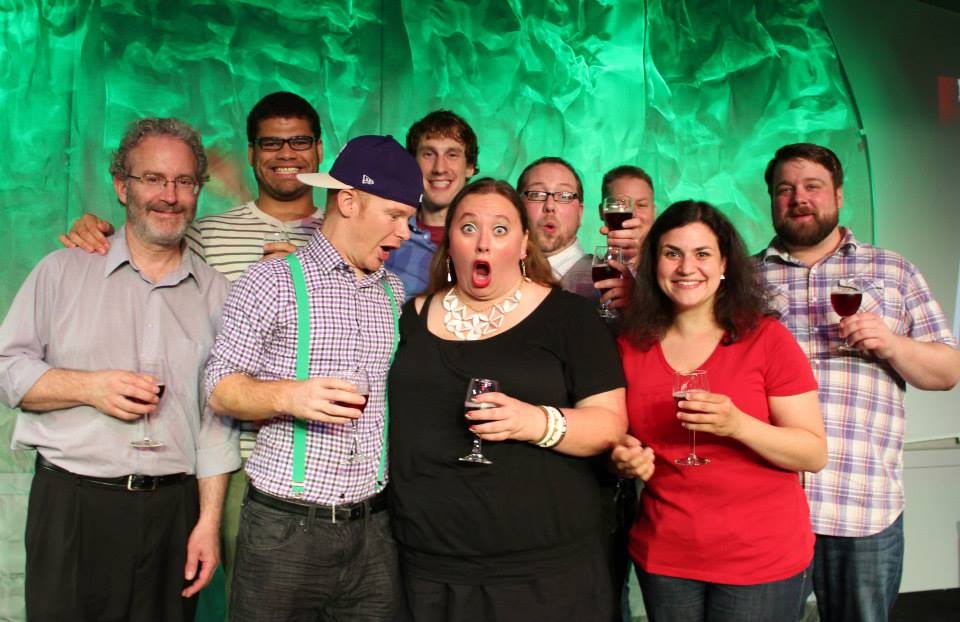 Brave New Workshop is celebrating its 55th year (making it the third longest running theatre in the Twin Cities behind Old Log Theatre and Theatre in the Round) with its new “best of” show titled Attack of the Best of the Brave New Workshop. It is a hilarious rendition of sixteen of the workshops’ skits from the last few years.

When I first heard about the show, I anticipated seeing some skits from two of my two favorite shows: Superbard from 1974 and Yuppie See, Yuppie Do from the 1980s. Admitting that I was actually saw Superbard may date me. But alas, most of the material came from the past few years, including the very funny skit on yoga pants which I saw only earlier this year.

Directors Caleb McEwen and Katy McEwen direct a high energy show with almost non-stop laughs. The gay marriage skit demonstrates the change in times. While two men are planning their wedding, two women, who were previously married in Iowa, are delighted that they can finally end their ill-conceived marriage. Lauren Anderson and Taj Ruler play the bickering, mismatched couple. Lauren Anderson does her usual scene stealing performance, but one of the skits seemed to degenerate into her simply yelling at everyone.

One of the oldest skits and one of the best in the show was a reworking of “The Abridged History of Terror.” It gives the history of terror from the beginning of time until the present. Another older skit, “Story of Love” was revised to deal with the outdated notion of landlines and has a poignant portrayal of the aging couple by Ruler and Tom Reed. This is Reed’s debut as a full-time performer with BNW. Reed’s incredible facial expressions added to the humor level of several of the skits. The cast is rounded out by Matt Erkel and Andy Hilbrands. Hilbrands does an amusing turn as a man struggling to be “the guy” in his relationship when he attempts to propose to his girlfriend who asks him first.

The “Bye Bye Bachmann” skit was funny, but somehow Michele Bachmann’s departure from the political scene left one wanting for something more over the top given the raw material she provided to comics. But any disappointment was quickly forgotten with the uproarious political overtones of the “Ovarian Suite” skit, reminding us that there are other politicians who can take up her causes and provide rich material to comics.