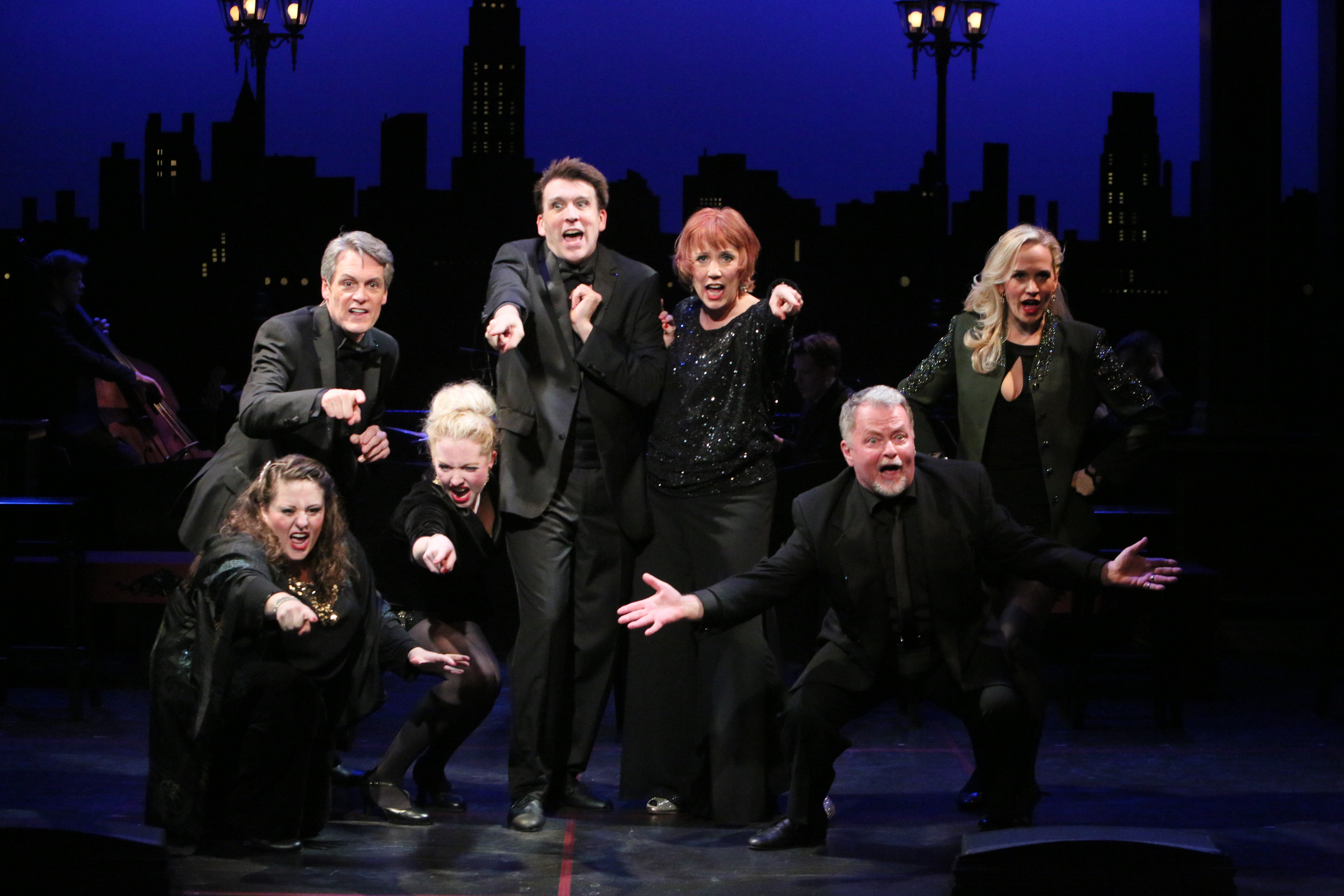 Among the plusses in this production directed by John Command is the very talented singing of the performers and Raymond Berg’s musical direction of the orchestra. As fitting for a Broadway musical revue, the orchestra plays on stage against a colorful back drop of the New York City skyline. Standouts among the singers are Batti Battocletti who sings lead in the title song as well as the lead singing role in “And All That Jazz” and Therese Walth who belts out the soulful song “Maybe This Time.” Tiffany Seymour, Emily Rose Skinner, William Gilness and Bradley Greenwald are great in with their humorous and nuance acting/singing in “The Grass is Always Greener.” Finally, Jon Whitter does an exquisite job singing “Mr. Cellophane.”

Drawbacks to the production include the clunky chorography in several of the musical numbers, most notably in “And All That Jazz.” Also disappointing was the lower-key, jazz-like adaption of the song “Cabaret” by the ensemble.

The talented cast makes for a pleasant evening of music, but one cannot help but feel that with such great musical potential and talent a stronger overall revue of Kander and Ebb songs could have been staged.