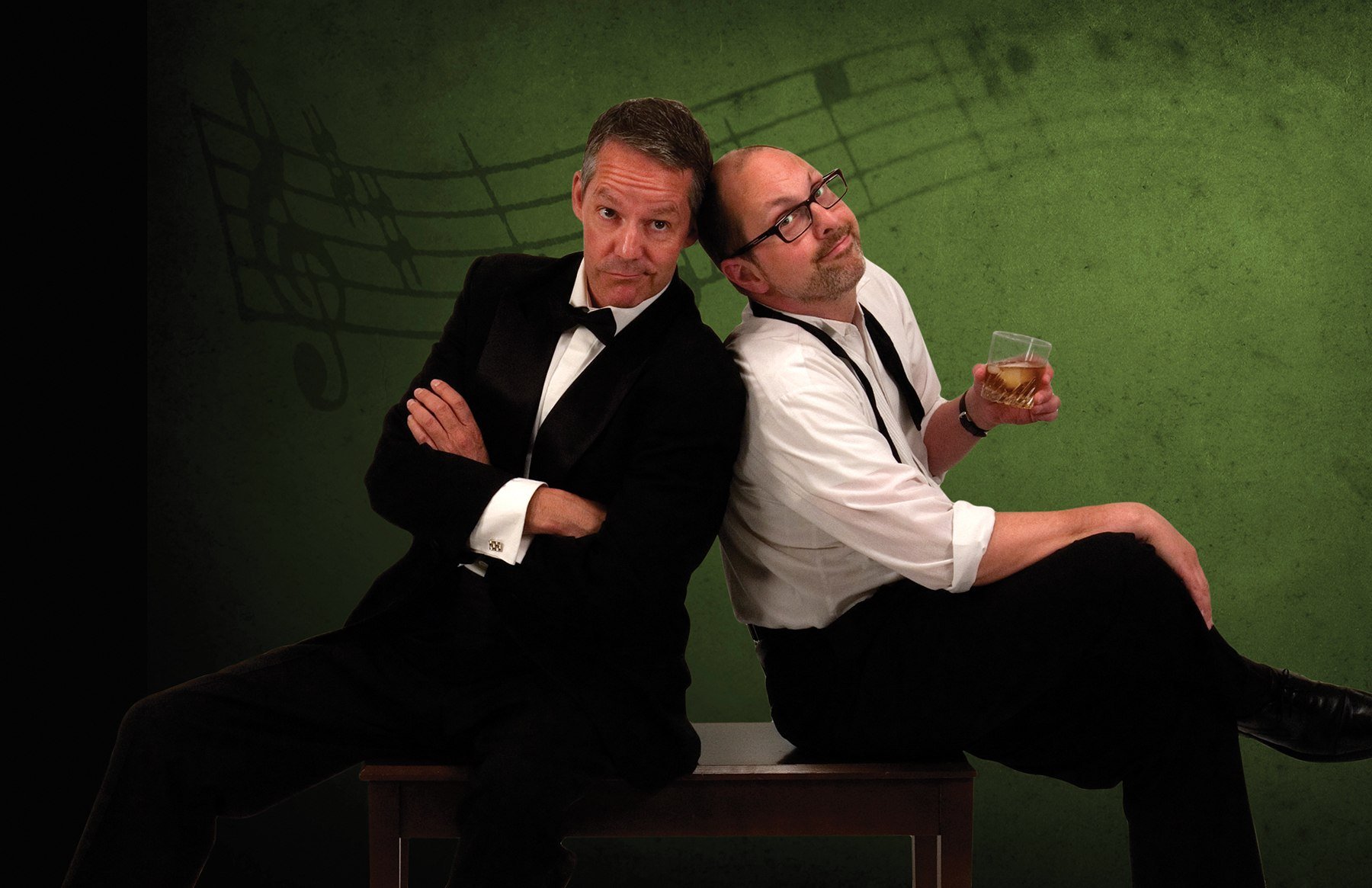 The story of 2 Pianos, 4 Hands, if you wanted to analyze it, is about chasing dreams, obstinance, frustration, and the quest for identity. Alternately, you could say that it is a string of theatrical vignettes that are alternately funny and poignant. A little myopia might focus on moments recalling Victor Borgia’s musical humor or perhaps what it might look like if Bugs Bunny and Daffy Duck had to play a piano duet together (Daffy Duck vs. Donald Duck at the piano isn’t quite the same thing, although Bugs has a solo turn or two at the piano himself). The larger point is not that this play with music is one of these things, but that these are just some of the types of things interwoven into this piano-filled show. 2 Pianos, 4 Hands is much more than the sum of its parts, as excellent as they are individually.

This is 2P4H’s third run at Park Square Theatre, and it doesn’t look like audiences have tired of it yet. Michael Pearce Donley and Peter Vitale return as the hands-owning pianists and a multitude of teachers, parents, and other characters that flit close to their ivories. This array of characters is played to both serious and comedic effects, both of which are underscored by the design team’s own series of visual and sound effects. Tom Frey’s direction telegraphs as lean and tightly calculated; although no scenes feel rushed, the action moves quickly from scene to scene with no sense of lost time. There’s not a lot of time to reflect, but the script by Ted Dykstra and Richard Greenblatt has things hopping from scene to scene in a way that makes it not matter.

This is a show with a special resonance for anyone who took music lessons as a child, loved it, and later walked away–but especially for those who studied piano through high school before some other part of life or life decision intervened. Many smaller touches–the names of piano teachers, specific pieces music being played, etc.–have an extra layer of reference and throwaway humor for people of this background and close friends along the way. For anyone still walking down a musical path, there’s a special significance.