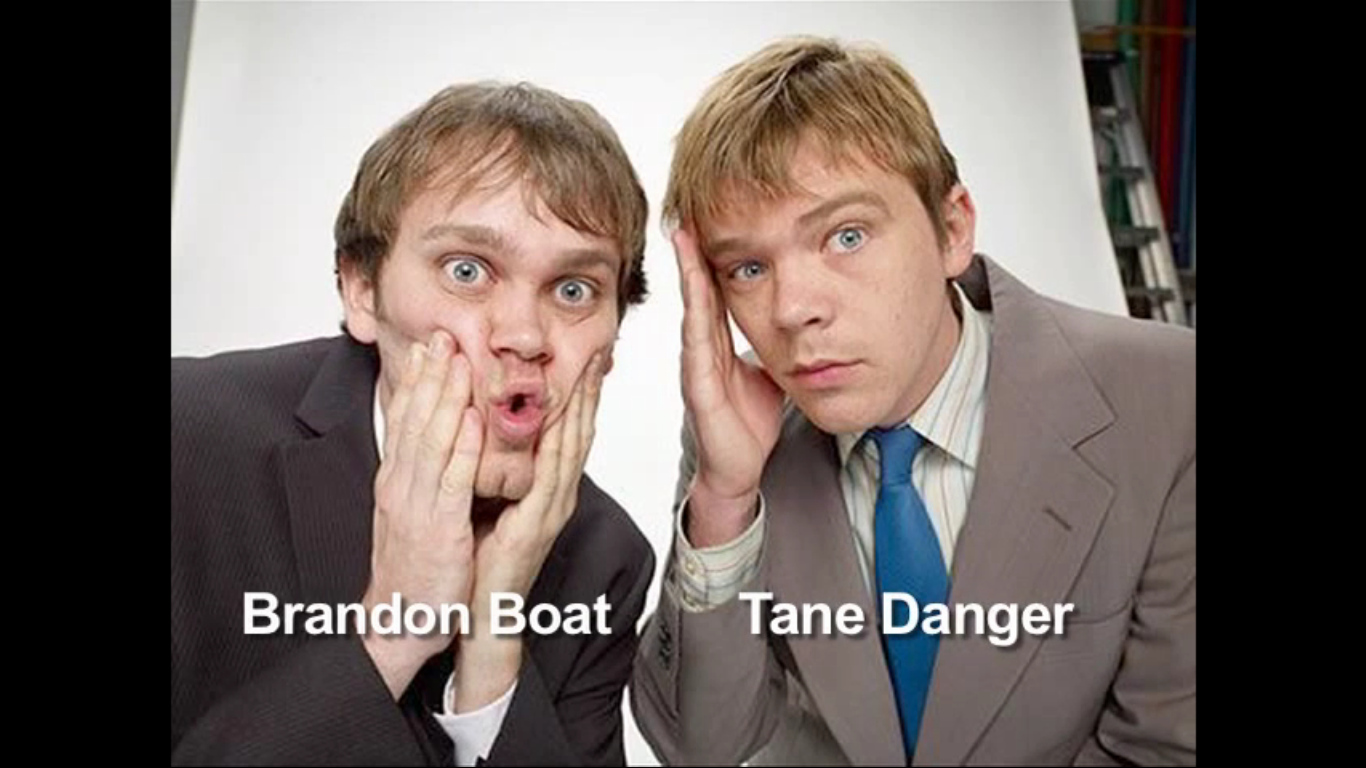 The Theater of Public Policy (T2P2) will command just two more Monday evenings at the Bryant Lake Bowl Theater as it wraps its October/November run. The improv comedy company has fashioned shows that blend elements of the Charlie Rose, Match Game and Whose Line Is It? television shows into an informative, literally live, laugh fest.

T2P2 Director Tane Danger (that’s his real name – he’s a pastor’s kid with a Bush Foundation Fellowship at the U of MN’s Humphrey Institute, not a punk rocker) begins the evening with an engaging interview with a celebrity guest or guests of the evening. (This is the Charlie Rose part.)

Independence Party Secretary of State candidate Bob Helland and retired Minnesota Supreme Court Justice Paul Anderson were the respective guests of the two October shows I attended. Helland and Anderson were brimming with perspective and clearly enjoyed playing conversational catch with Danger (no pun intended here). Helland feels that the MN SOS office needs to simplify its services to the business community. During his turn a week later, Anderson engagingly spoke about the law, the role of the Supreme Court in Minnesota and the wrong-headedness of the U.S. Supreme Court in viewing corporations of people.

During the gab section, a clutch of improvers sits stage right took notes like pre-WiFi newspaper reporters facing a short deadline at a Bill Clinton press conference (the Match Game part). Their scribbling was used to launch and provide plot points for a 15-minute long improvised, very funny gallop through the sober corridors of pubic policy and officious posturing. A damned good piano man provided an instant score as songs and scenes were unpredictably crafted in clever directions (the Whose Line Is It? part). The fun was all grounded in the real world issues exposed in the limelight by the guests and Danger.

The programs also include an audience Q&A session followed by another improvisation set and post-show, impromptu, off-stage chats with the players and guest. Few were in a rush to leave. I personally loved making small talk with a retired Supreme Court justice and a statewide candidate as pins were being clobbered by bowlers a few feet away.

Tane Danger and T2P2 co-founder Brandon Post have figured out how to decontaminate very serious issues from wonks, media managers and partisan storm troopers. Local media outlets and bloggers have no clue leading me to conclude that The Theater of Public Policy is a kind of community service, one with a wink and a grin.

Minneapolis Council Member Jacob Frey (Ward 3) plays with The Theater of Public Policy on Monday November 17. Minnesota Public Radio economics editor Chris Farell visits on Monday November 24th. In the mean time, via the video link above, check out Tane Danger’s appearance on the post, mid-term election edition of Democratic Visions. During the segment, Mr. Tane explains to me how a specimen of an invasive, harmful species of carp literally debuted in one of T2P2’s shows.