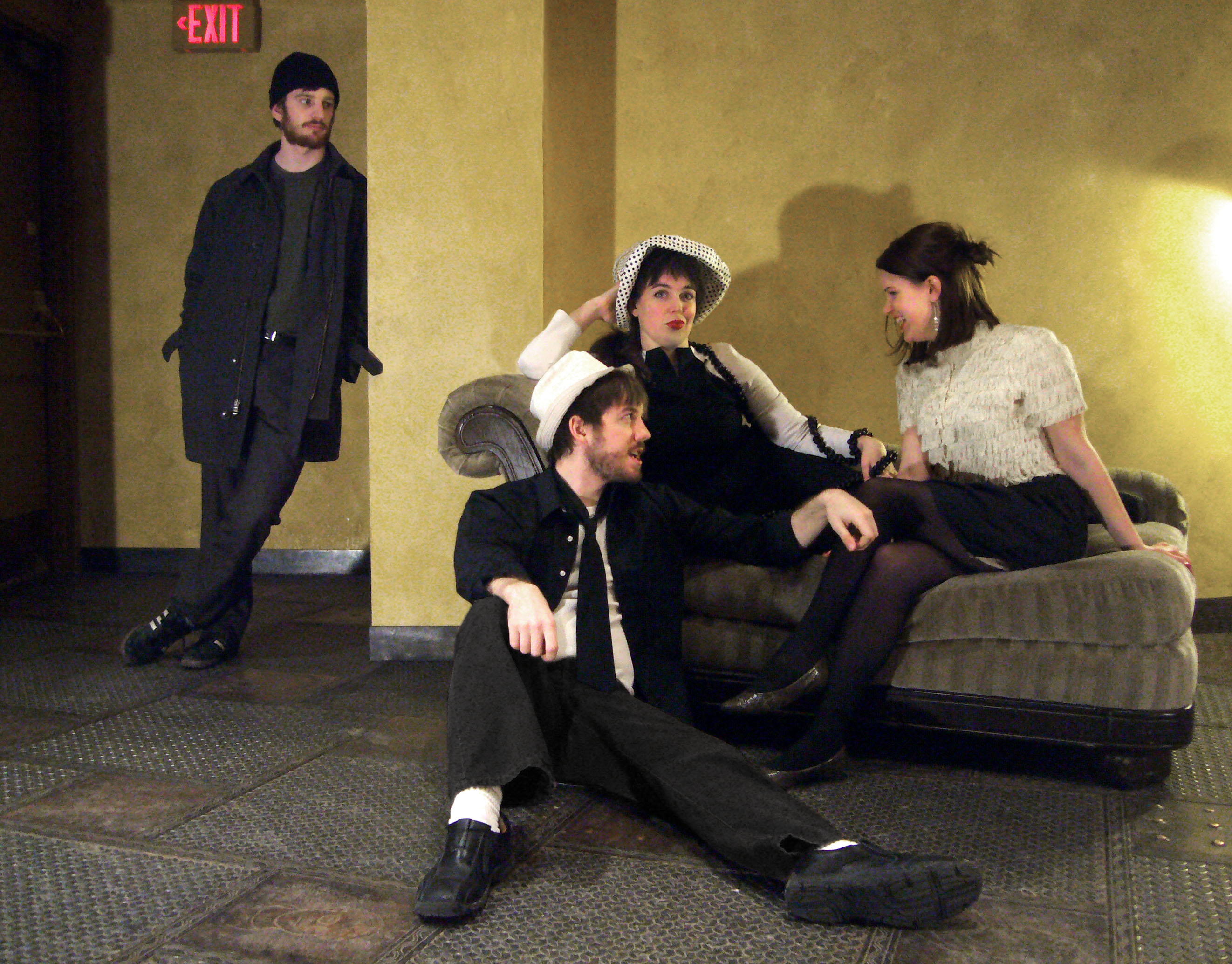 Illusion Theater and the Lighthouse Group presented Molière’s Misanthrope or the Impossible Lovers as this year’s Lights Up production. Eric Powell Holm updated and directed this famous 17th century French comedy of manners about love, hypocrisy and self-indulgence. The production starts out sluggish but ultimately proves worthwhile.

Moliere’s original play satirized the hypocrisies prevalent in aristocratic society of 17th Century France. The adaptation condenses the action into a single night of alcohol, narcotics, and sex. The setting of the updated play is left ambiguous, but it could just as easily be in present day New York City or Los Angeles.

The main protagonist of the show is the idealist Alceste, played by Bredan Frost. Alceste is quite outspoken as to his opinions which are insufferably self-righteous. He is not shy to constantly criticize the faults of others.

Despite this, Alceste’s passion is for the beautiful but seriously flawed Celimene. In this adaption, Celimene rather than Alceste becomes the central focus. Celimene loves Alceste, but she is unwilling to curb her hedonist, self-centered lifestyle. She persists in her flirtatious behavior with both men and women even though she knows it causes Alceste pain. Breana Jarvis portrays Celimene with a vulnerability that belies the characters sometimes vicious attacks on her supposed friends. By the end when the mismatch lovers part company, it is Celimene that one has sympathy for.

The remaining six characters are played with great energy and imagination by Isabel Nelson and Matt “Sass” Spring. Nelson does a great turn as the self-impressed but woefully untalented Oronte. The funniest line in the play comes when Oronte who, when outraged by Alceste’s criticism of her performance art, blurts outs: “Fuck…excuse my French.” Nelson and Spring also portray the charming and earnest lovers Philente and Eliante.

Holm’s update of this production keeps much of the poetry of Moliere, but it also indulges in profanity and crudeness. I found the first 20 minutes difficult to sit through, especially with Oronte’s self-indulgent performance piece entitled “Hope.” After sitting through this wrenching performance, one could only cheer when Alceste lashed out with scathing remarks reminiscent of Simon Cowell’s reviews on American Idol. But once Celimene enters the stage, the language and pace pick up, making for an engrossing performance.

Two unusual staging techniques merit mention. A mini-trampoline is continually used to catapult characters in and out of the playing area. The trampoline at first provides an intriguing bit of staging, but its constant use becomes a very tiring device and the actors’ use of it seemed more obligatory than innovative by the end. A major plus in the production was the audience being seated on stage in a semicircle. The actors’ nearness fostered an effective intimacy between the actors and the audience.